Finding the love of your life, or your love for the night, can be pretty hard at a university. There are so many girls around campus. What are the chances of you finding Mrs. Right or Mrs. Rightnow in one of your classes or organizations? Slim to none. But there’s no need to cry and grab your lotion and tube sock. Social media allows you to meet girls that you might not have had the opportunity to even glance at IRL. If you’re a college student and not the world’s biggest hipster, you have some type of social media. So before you hop on Twitter/Insta/FB, make sure you know how to approach your dream girl in the best (virtual) way possible. These are the six direct message commandments.

1. Thou Shall Be Confident

Confidence is key. As Drake once said, “Know yourself, know your worth.” If you don’t think you’re good enough for her, why should she? Remember, she’s just a girl. You’re not going to become the campus laughing stock by messaging her (you’ll do that by lying and telling people that you guys are “talking” when you really aren’t). Because of the sometimes flaky but mostly beautiful privacy of the Internet, nobody will even know that you like her. The worst thing that she can say is “no” or nothing at all.

2. Thou Shall Do Your Research

I’m sure the thought of doing research in your free time isn’t exactly thrilling, but it is important. If you have friends that know her, ask about her. If you’re friends with her on a social media site, scroll through her recent posts, profile, and pictures. Knowing her hobbies, current events and interests will help you craft a stellar first message. Just be careful not to accidentally like any of her ancient statuses or pictures. Everyone creeps and everyone knows it, but that doesn’t mean it’s okay to show it.

3. Thou Shall Be Direct

The direct approach is the best approach. Make sure that at the end of your message there’s a call-to-action. A DM slide is kind of like a cover letter, it gets the conversation going. If you want her number, ask. If you want to casually hang out, ask. If you want to take her on a date, ask. Once again, the worst she can say is no or, “Hell Nah. I’d rather be by myself than with your ugly ass,” but that’s very rare.

4. Thou Shall Not Send or Ask for Nudes

May seem obvious, but then why do so many guys still do it!? This is the worst X-rated approach on the planet for one simple reason: just because you want to see her naked doesn’t mean she wants to see you naked. Asking for nudes is almost as bad as sending them. Plus, you just make yourself look dehydrated as hell. I did say be direct, but asking for nudes as an introduction is just savage.

5. Thou Shall Proofread Your Message

Before hitting send, think to yourself, “Can I make this any better?” You wouldn’t just send an essay to your professor or a job application to an employer without revising it first, and this is no different. Remember, first impressions matter. Well, hitting on someone and doing schoolwork/getting a job are kind of different, but that’s not the point. The point is that you should be taking care (like Drake) with your DM by looking over your spelling and apparent level of thirstiness. Hit send only when you can proudly say, “I got all the game!!!”

6. Thou Shall Not Double Message

Don’t message her on FB then follow it up with a message on Instagram. If the girl doesn’t reply to your first message, she probably has plans with her cat. She isn’t going to respond to your second or sixty-ninth one either so wait for a response or try again once you’ve met her in person. On the very slight, minuscule, insignificant chance that she doesn’t reply to your flawless DM slide or rejects it, there is no need to feel depressed. Girls dissed Johnny Bravo all the time but you never saw him crying about it. Simply dust yourself off and find another girl who will appreciate your DM slide.

Bonus Commandment: Though shall only buy her thoughtful gifts.

9 More Commandments for Shooting Your Shot

7. Thou shall not use Facebook Messenger (unless you know the person)

There might not be anything creepier than seeing a Facebook message request from someone you do not know and have no mutual friends with hitting on you. Why do we even need to say this one? Just don’t.

8. Thou shall not use a pickup line

“One guy said to me, I’m going to arrest you for being so cute. I don’t want to get arrested,” William & Mary junior Tess Thompson said. Pickup lines were the subject of jokes in fifth grade, not the way to attract a potential partner in 2018. Time to grow up, boys, find a new icebreaker.

Want to know a really normal way to slide into the DMs? Just comment on something she posted lately and want to know more about. For instance, if she posted an article she wrote for College Magazine, you should slide into her DMs and say, “Great article!” (wife me up?). Just don’t post a public comment that risk her mother texting her and asking about the new guy in her life. No college woman desires that conversation and she will direct all her wrath about it towards you.

10. Thou shall not say anything overtly sexual

“I just delete any messages that make overtly sexual gestures,” Washington University freshman Rachel Gold said. Sorry guys, saying what you want to do to us in bed as a first message repulses us. It will not make us come over and do said action to you. We will probably just show the message to our friends, laugh, then block you. Depending on how gross what you said was, you may actually risk becoming a meme within our friend group.

11. Thou shall not send unsolicited pics

Ask anyone, most women in college have received at least one unsolicited dick pic in their lives. And I promise you, sending one has never in the history of messaging resulted in anything good for the sender. Honestly, penises kind of frighten women when we aren’t expecting to see them. Anyways, moving on.

12. Thou shall take the hint

If you messaged her multiple times and she has not responded, she probably does not want to. Do not worry about why, just move on if she does not seem interested. Social cues exist on the internet too.

13. Thou shall not linger

Unless you live on the other side of the country, you have no reason to just chat back and forth with this woman for eternity. Exchange a few pleasantries, then ask her to meet up.

14. Thou shall not insult her

“Even if you think calling a girl a ‘dirty little slut’ sounds sexy, we will be offended by it and we will throw a drink in your face if we ever run into you at a bar,” UMD sophomore Sofia G. said. A lot of misogynist slurs have been misconstrued with flirting over the years, and it’s time for that trend to go out the window.

15. Thou shall always be a gentleman

“The issue with today’s men is that they just aren’t gentlemen anymore,” Gold said. Above all, act the way your mother or sisters would like you to act. Be polite, ask questions instead of assuming the answers, read up on feminist literature, overthrow the patriarchy, etc. Who knew DMs were so political?

Read on for five of the most talked about occurrences when it comes to LGBT dating apps.

Who the f—k even bothers dating anymore? It seems like everybody has at least three friends with benefits, doesn’t have the time, money or mental capacity to be exclusive, or fears intimacy and loneliness so much they play games until everyone’s miserable. It’s utterly lame. And the cherry on top for the queer community is struggling to even find other queer people to date. Is that cute girl with the pixie cut in your poetry class checking you out too? Or is she just admiring your new earrings? Does the smoking hot guy at your gym have ‘gay face,’ or do you just wish that he did? As a newly out and active member of the queer community, I wanted to hear what others had to say about their experiences with dating.

1. Different Apps Could Mean Different Intentions (If You Let Them)

“I have only used two apps; Tinder and Grindr. [On] Tinder, [I] went through a couple one-time flings before meeting a long-term boyfriend. Then after we broke up I used Grindr and only had one-time flings but the app experience is generally the same, it’s just my intention that changes,” said Michael K. who identifies as a gay male.

“I think that for queer people, it’s one of the easiest ways to connect with other people as friends or more and I think that’s really really really important to build community! As someone who has been a dyke for 10 years now, it’s funny to think about how for a long time, I didn’t have a lot of queer friends. Bridging that gap with Tinder to build friendships with queer people was a really big realization for me that I didn’t only need a singular gay person in my life to date/mate. Having a community of people that understood queerness and my identity gave me the ability to express myself in new ways and solidify who I am. We live in a culture where people are totally and wholeheartedly obsessed with dating, but I think the community piece is underrated in its ability to connect you with people. I wish I had realized that when I was younger because I have flourished with that piece,” said Taylor M. who identifies as a lesbian AF female spaceship.

“I feel like I’m looking for dates on both [Tinder and Grindr], but I’ll also use Grindr for hookups too. On Tinder, guys are more lowkey about being f—kboys. Guys on Tinder will literally send you dick pics, and if you don’t respond right away they’ll tell you you’re ugly and a moron,” said Frankie who identifies as gay AF.

5. Love is Everywhere, Even On Grindr

“I think the answer to this question is applicable to all forms of dating. I think once you find the right person it’s abundantly clear that you feel the way that you do because it emits certain levels of consideration and respect that you never really thought that you could ever have. And I guess in the gay world specifically, since it is such a ruthless place, I think it is even more like a godsend when you find somebody right because it is truly like finding a diamond in the rough. I mean me and Peder met on Grindr,” said Gray who identifies as a gay male. For more tips on hookups, dating and tinder, check out our book: Left Swipes & Love. 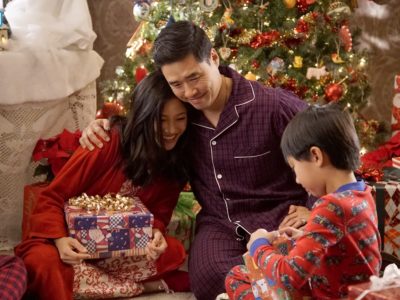 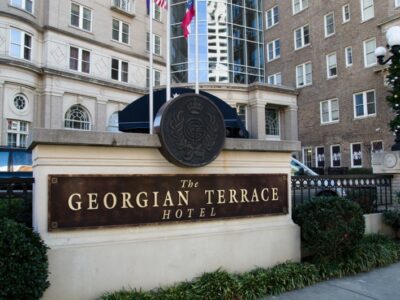 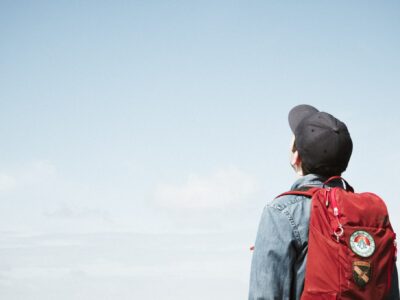 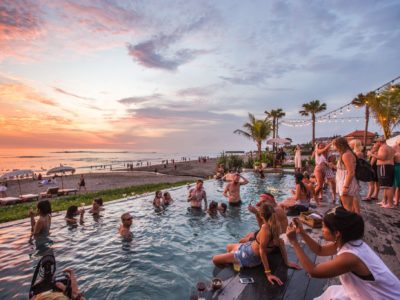 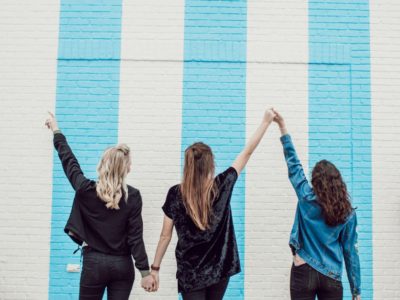 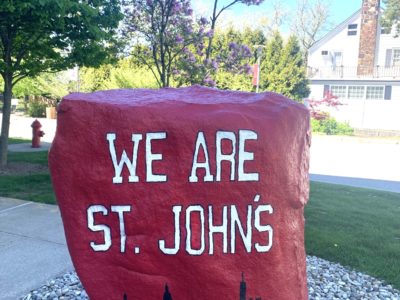 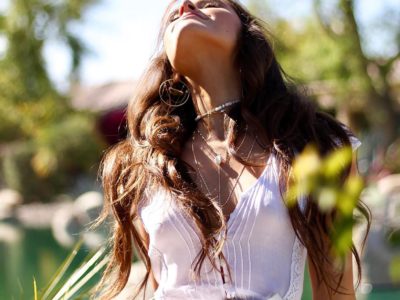 Previous Post:11 Signs a Girl Likes You as More Than a Friend
Next Post:I Play a Fake Sport. Now It’s My Whole Reality.