You are here: Home / Life / Dating / How to Get Sparks Flying with a Guy at a Party

I won’t lie and pretend to be an expert at boys and (trust me) college has done little to change that. Last year was a series of unfortunate events with the opposite sex. I was wildly self-conscious and too shy. I thought I’d get a guy to flock to me (aren’t wallflowers everyone’s type?). I thought a friendly conversation was the end goal. I thought having eight girls around me with my back against the wall was the best strategy. Silly, stupid Anna.

Not sure what to say? Read the Top 10 Things to Say to Get a Guy to Like You (or at least look your way)

Tired of hearing lines like, “If you were a chicken, you’d be impeccable?” Turn the tables on your crush and throw out a solid pun that will make him rethink all of his pick-up line choices. “I think the most memorable line I’ve used was at a party —I was dared to do this—towards one of my classmates at the time. The line was ‘I’m not drunk, but I’m intoxicated by you,’” said University of Texas at Austin freshman Fernanda Loya. “It kind of worked, since it broke the ice and he’s my best friend. I’m always using them to throw him off too.”

Or here are simple and college girl-tested ways to get a guy at any party.

Looking on the bright side, all that embarrassment has taught me what works and what doesn’t work at getting (and keeping) a guy’s attention at a party. Worst case scenario? You embarrass yourself in front of a boy you’ll probably never see again. So play on, player.

Look good, feel good– we know already. What I’m saying is wear something that makes you feel like world domination is within your grasp. I swear by a black tank top (any V-neck will do). My friend swears by fake eyelashes. For my sister, it’s anything red (lipstick, tank top, doesn’t matter). Wear something that makes you feel like day student you is taking a knee and charming party you is now on stage.

Who knew that smaller groups of two or three are much more approachable than a group of 7 giggling girls? Just don’t branch off and stand around; pair up with a mission in mind. Need a refill? Go approach the yummy guy at the keg together. At least you know she’ll laugh at your jokes.

You be the brave one.

This is the 21st century. You can’t count on men for anything. No, but seriously, why do we always wait for the guy to make the first move? In the name of female equality, take one last swig of whatever is in your hand and approach the sexy guy in the Matt Nathanson t-shirt.

People love talking about themselves so keep asking questions. If he starts asking questions about you, you’ve stumbled your way into a conversation. If he’s blowing you off, then move on. He clearly doesn’t appreciate GOLD when it’s right in front of him.

Humor is so sexy. Carry on a little banter and he will be the one feeling in over his head. She’s beautiful, nice, AND witty. Oh God, I’m talking to Jennifer Aniston.

Don’t worry about saying just the right thing. Say… whatever.

Get weirdly honest. Ask bizarre questions. This is my theory: Maybe you’ve talked to a perfect human being (like Ryan Gosling look-a-like) who adorably admitted something like he pocket dialed his mom during class the other day. Then you had this moment of recognition like, wait a second, he’s not God. He’s human. In my opinion, you have to be willing to embarrass yourself. It just brings you down to earth.

Apologies, but these last three are all about drinking games:

What is a more solid excuse to strike up a conversation than needing a drinking buddy/partner-in-crime? If you show up and the guys are playing some ridiculous game like Murder ball, go up and ask the blonde one to explain the rules to you. Beer pong already set up? Ask the dime on your left if he wants to get in on the next round. If there’s a crowd standing around, start chanting for a wild game of Slap Cup (and make damn sure the sexy guy is to your right).

Most guys love a good round of trash talking. Remember that sex god standing to your right during Slap Cup? Start teasing him that you’re about to get him good and drunk. Your Slap Cup game (like your trash talking game) is off the charts. The only thing that could hold you back is a bad audience (and if they’re not willing to participate in some verbal friendly fire, who needs them?)

Make the most of your skills.

My suggestion: get really, really good at drinking games. All of them. Can’t really start up a huge game or trash talk if you have no skills to back it up. But, if you are one of those people with horrible hand-eye coordination, never fear. Back-up plan? You suck, but you not only admit it, you call yourself out. Pull a classic damsel in distress: “Hey, I’m going to let you in on a little secret: I’m terrible at this game. Would you like to form an alliance and destroy (this person) instead?”

Bonus: Chin up and YOLO

Most importantly, remember that every cute, well-built and charming guy is just a guy. One guy on a campus that’s literally crawling with other gentlemen. It doesn’t matter if he’s uninterested or if during your approach, you trip over LITERALLY nothing. We’re all just trying to survive in a hook-up culture.

We survive hookup culture to hope we thrive in a relationship. Make sure your boyfriend knows exactly what you want to open up as a present so you don’t need to fake a toothy smile.

Double Bonus: A punny tank that will break the ice instantly 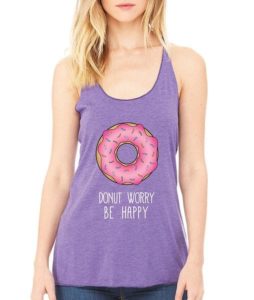 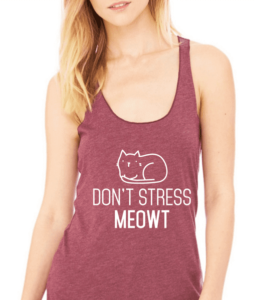 “I wore a little pink crop top when I met Derek, and it was new so I felt very cute when I was wearing it. Derek and I did the usual handshake greetings when you meet someone and then talked about how we both lived in Allison this year, and we’re both from Illinois. I remember we bonded a lot over the DJ at the party because he kept on playing jams from middle school, and Derek and I were loving the music. Also, the DJ looked like he was in his 40s and was wearing a button down Hawaiian shirt but it wasn’t buttoned, so we talked about that too. The next day Derek even used the DJ as his opening line when he first texted me.”–Andrea Zuleta, Northwestern senior

“It’s as simple as touching his hair or giving him a compliment on his hair. Guys love that.”–Rachel Samson, Northwestern junior

“I’m huge into theater, but I was never a huge fan of going to cast parties. A friend had dragged me along to one for my junior year musical in high school. I ended up getting so nervous because of the neighborhood (I lived out in the country most of my life, and the house was in a less than friendly part of town), I had a panic attack. One guy found me and spent about twenty minutes trying to calm me down. We ended up becoming best friends and started dating about a year later. We’ve been together for two years. “–Krissy Nommensen, UW-Milwaukee sophomore

“I’m just more about friendship first, and if it’s supposed to turn into something more, then it’ll happen naturally.”–Amber Luczak, Northwestern sophomore

“I met this guy at a music festival. Cute, kind of drunk (weren’t we all) and he came up and made a Star Wars reference which he then morphed into an innuendo. I asked him about other favorite fantasy/sci-fi series and shared some of my favorites which really got the conversation rolling. We ended up dancing like uncoordinated idiots and hanging out and making out for the rest of the festival. Don’t be afraid to share the things you think make you weird because it gives the other person permission to do the same. This cute guy got 10 times cuter for gushing about the Wheel of Time series.”–Kim Schadrie, University of Wisconsin-River Falls graduate

“Dancing more loosely with your body always helps, and also singing along to a song always works because then you guys can connect when you both know all the lyrics.”–Tiffany Anderson, Northwestern junior

“For me a party is always a good place to try out a fun outfit, something that makes you look and feel good. If you feel confident, I think that draws people to you. A personal favorite of mine is high waisted jeans, because you can dress them up or down as much as you want. Plus you can pair them with any cute crop top or a longline tunic.”–Nica Assana, Marquette junior

“There’s this guy I had a thing with on and off and usually at parties we’d rekindle our relationship. I would usually avoid him in the beginning of the night and as the night went on I’d drop flirtatious hints and get more social with him. So to get the sparks flying I’d usually wait until we were alone and make some kind of move, like lean my head on him or sit on his lap obnoxiously. I would be persistent throughout the night after deciding how I wanted it to end.”–Margo Mummau, currently on a gap year

“My now boyfriend and I were already becoming friends and had started to get to know each other. We hadn’t really had much time together, though, outside of brief conversations about our classes and other commitments. When we went to the party with our friends, we finally had time to escape the constant preoccupation with assignments and meetings. We had the opportunity to relax and actually get to know each other as people. We quickly realized that we really liked each other and that’s when our relationship finally started.”–Marina Porter, Northwestern senior

Updated by Meghan Gresk on Monday November 21, 2016 to include 10 College Girl Tested Tactics.

Prev1 of 10Next
Use your ← → (arrow) keys to browse
Shares155FacebookTweet