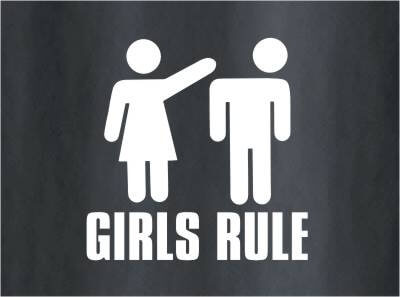 At this point, the idea that girls are complicated practically goes without saying. Hollywood makes movies about it, television networks base entire storylines off of it and this supposed female personality flaw has entrenched itself into our daily lives as an unfaltering sexual ideology. Women are hard to read… girls lead you on… they overanalyze.  I’d like to take a moment to tell all the girls out there: you are not crazy! In fact, after four years of fleeting college hookups, failed college relationships and awkward college encounters, I can’t imagine how anyone could argue anything but this philosophy’s polar opposite. Gentlemen, here is an (abbreviated, of course) list of things you probably do wrong:

1.) Feigning interest to get in her pants

For every 100 girls who will give it up to you after three shots of crappy vodka at the bar, there are a few diamonds in the rough who have genuine feelings. It would behoove you to choose the former as a one-night stand candidate if you want any nice guy credibility in the future. We girls talk. Once one of the good ones learns the hard way that you only told her how much you like her to get some hanky-panky, you will likely be forever blacklisted.

2.) Being obsessed but pretending you’re not

Every once in a while, you come across a girl who’s somehow different. She might challenge you, tease you or edge on the side of caution in a way that makes you wonder: is she into you? Or perhaps she’s just some man-eating skank who wants to crumble all your poorly hidden emotions into a ball and devour them? So instead of acting on your feelings, you “play it cool.” And by that, I mean you refrain from texting her and feign disinterest (note the contrast from #1).  Well, my friends, I vote bad move. This may have worked in junior high when you ignored your crush to get her attention, but once you’re well past puberty, this tactic will backfire at least 80 percent of the time.

3.) Hooking up with all her friends

I’ve seen guys do this to their exes as a ploy to get them back. My piece of advice: DO NOT DO THIS. I don’t care if you’re trying to make a point, trying to win her back or trying to get back at her. This never, ever ends well, and if you think this requires further explanation, you are a lost cause. Case closed.

4.) Being bad with your phones

I know that guys pretend that they’re super “chill” with their phones, but innumerable times at the gym I have overheard boys talking to their friends about the drunk text they got from Sarah (the person of interest) last night. “Do I text her back, man?” “What should I say?” I guarantee that if you like a girl but take three hours to respond to her text message, she will think that you aren’t into her, and she will most definitely be on to the next one. If you don’t act interested in her, don’t expect her to keep her interest in you.

Check back tomorrow for a response article – Gender Wars: Girls Are Mean

Previous Post:Dissecting Frogs: Examining The TCU Scandal
Next Post:Illegal No More: Drop The “I” Word