You are here: Home / Life / Dating / 21 Best Pick Up Lines That Are So College

Some people will say some wild and even desperate, stuff to hook up with their crush. Of course, some of the best pick up lines are kind of clever—maybe sometimes cute, but most should be used with caution.

Let these tanks be the perfect response to those terrible pick up lines: 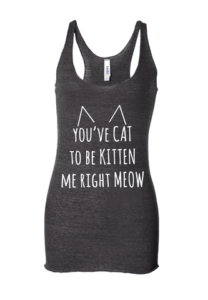 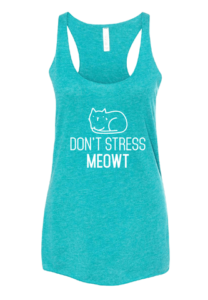 These 21 best pick up lines show you’ll find people who will say anything to get laid.

1. The “impressed by your major” line

We often find ourselves trying to make small talk when flirting with our crushes. The “what’s your major” line can definitely tell you a lot about your crush, but this question can definitely go wrong, too. “Someone once said, ‘wow that’s your major? You must be so smart,’” said American University junior Sofia Passick. First of all, lame. Beyond that, no one needs a competition on how smart they are. GPA and SAT scores are probably not the best pick up lines for a first date.

2. The “biochemistry major making a pun” pick up line

If you were ever approached with “I’ve got my ion you baby,” you may giggle at this attempted pun. Smart puns usually do well when on the quest for love, but while you show off your smarts, don’t challenge theirs.

“My eye twitched after someone told me, ‘I’ve got money,’” said AU senior Cara Horan. Maybe these sorts of things are better left unsaid. Trust funds aren’t too cute to brag about on the first date. Buy your love interest a drink if you have the money—this is the perfect instance where actions speak louder than words.

4. The “creepy allusion to the nation’s financial crisis and something sexual” pick up line

In your college days, a suitor may approach you with a creepy line like “the national debt isn’t the only thing that’s rising.” Not only does this line scream “come home with me,” but it probably won’t work well on most people— unless you’re dealing with a dude like Glenn Quagmire from Family Guy who lives for inappropriate sex jokes. There may be someone out there that finds this funny, but most will walk away in disgust.

“I wish I could be joking but someone said to me you’re so racially ambiguous, almost exotic. I like it,” said AU junior Nina Conover. Probably not the best idea to go with the racial comments… this weird pick up line will probably make your wannabe lover speechless, but in the worst way possible.

6. The “making moves in history class” pick up line

You’re probably not alone if you say you sit bored throughout your history class. Until someone says to you, “Quit Stalin and give me your number.” This will surely get a laugh and maybe even a shot at a date. However, you should only use this if you’re studying mid 20th century Soviet Union affairs.

7. The pick up line that will “ruin the holidays for you”

“How cringeworthy is this: If your left leg is Thanksgiving and your right leg is Christmas can I come and visit between the holidays? My answer was no,” said AU sophomore Carissa Campo. If there’s a pick up line that makes you hate the holidays, here it is. This gross line was actually said to someone in a sweaty frat basement and they were never able to look at a Thanksgiving turkey the same way again.

A lot of people out there love a good booty call. But beware: This message may have been sent to a few people, so maybe think before responding to this special three word love poem.

9. The “financial aid” pick up line

Sometimes we joke about college tuition to soften the reality of our future student debt. Alluding to financial aid may give you some aid in the dating world. Consider the pick up line, “If I had a nickel for every time I saw someone as pretty as you, it would still probably be better than my financial aid.” Not a bad way to start a convo— yes, a bit creepy but also pretty relatable.

“I’m no organ donor, but I’d gladly give you my heart. It honestly made me laugh because it was so cheesy,” said AU sophomore Lily Pourahmad. This is slightly creative, but also one of the best pick up lines that will charm the pants off any McDreamy fan. But it may feel a bit weird coming from a stranger at your fave dive bar after four margaritas.

11. The “very straightforward” pick up line

“‘So do you wanna hookup?’ I pretended I didn’t hear it, it was the middle of a frat party dance floor,” said AU junior Megan Galt. Getting straight to the point is one way to make a move, but you should probably try to get to know them a bit more before blatantly asking to hook up on a dance floor covered in jungle juice.

“Looking for someone to eat a pizza with and possibly make-out— specifically had you in mind. It was one of the top five best text messages I have ever received,” said AU sophomore Penny Kmitt. Food may be the key to most people’s hearts, so why not make it the best pick up line, too?

13. The pick up line “that will make you lose your appetite”

While food can be great, it can also become a touchy subject. If someone came up to you and said “excuse me…do you work at Little Ceasars? Cause your hot and I’m ready”— you’d probably never want to eat pizza again. Even if you don’t necessarily use a pick up line, commenting on someone’s eating habits will guarantee a ruined mood. “Some girl kept going on and on about how cool I was for eating a Subway sandwich in the middle of a party. It made me a little uncomfortable,” said AU grad Jordan Greenberg.

14. Every vegetarian’s go to pick up line

“If you were a vegetable you’d be a cute-cumber” should be a go-to line for anyone trying to hook up with a vegetarian. This cute play on words may not secure you a date, but it will definitely get you a smile.

15. The “very creepy allusion toward your ethnicity” pick up line

Leave the racial pick up lines to Orange is the New Black. “Lemme taste that hot chocolate was once said to me,” said AU graduate Kui Mwai. Most would cringe at the thought of someone drunkenly slurring this to anyone.

Name puns may be cute in theory, but no one wants to hear their name made fun of. “[I once received] ‘if you ever need me just give me a Yael.’ I was livid,” said AU junior Yael Shamouilian. It may work for some, but probably will just piss off most.

“’Are you wearing space pants coz your ass is out of this world’ works every time, guaranteed,” said AU senior Mike Lowenthal. This works great if you’re at a space themed mixer, but if not, the line seems a bit confusing. Although a funny and slightly clever phrase, this pick up line should be saved for a girl or guy who has a thing for NASA.

18. The “I’m waiting in line at the campus coffee shop” pick up line

Are pick up lines okay before your morning caffeine? What if the cute girl behind you said, “Do you work at Starbucks? Because I like you a latte?” This may come off as direct, but a little pun never hurt anybody. This girl probably deserves a short coffee date for attempting one of the best pick up lines early in the morning.

19. The “student athlete” pick up line

“Do you play soccer? Because you’re a keeper!” might be good for a soccer player, but may not do the trick for a lax bro or field hockey hottie. Maybe keep this one for the Cristiano Ronaldos in your life or anyone that looks like they have toned calves.

Spring break calls for you to pull out sunscreen, tequila and your best pick up lines. “Do you have a sunburn, or are you always this hot?” will make any inebriated spring breaker laugh, but may not have them begging to pregame with you later before the club. Either way, this line will give you a spring break to remember—or one you want to forget.

Hands up if you’re tired of hearing “Netflix and chill.” It may have been one of the best pick up lines at first, but if anyone asked you this in 2017, you’d probably run— and go watch some Hulu. This famous college-y pick up line just doesn’t have the same kick it did two years ago. 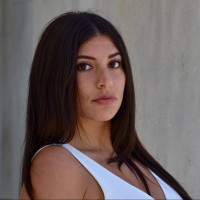 24 Things to Do in 24 hours at CU Denver
Next Post: I Was Written Up For Drinking in My Dorm—At Age 25