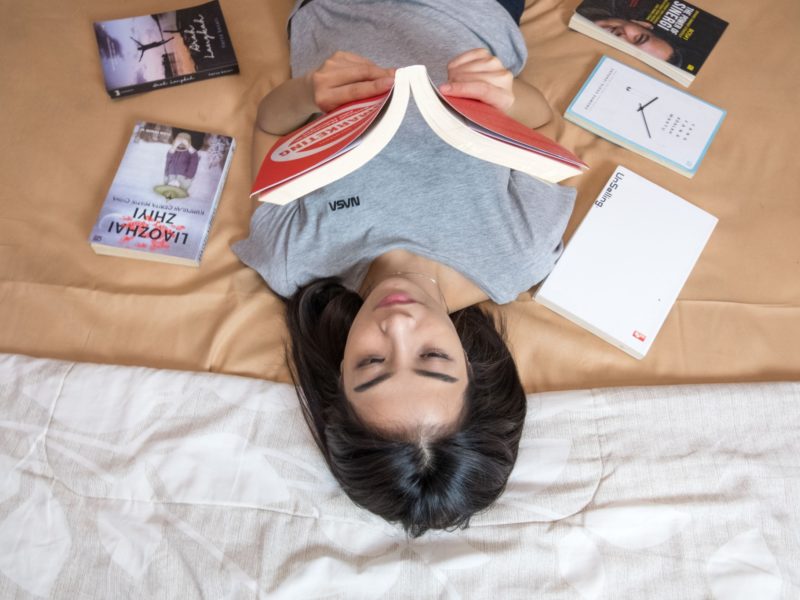 Ben GarnerApr 12, 2021
Home » Latest Posts » 10 Books That Should Be On Your Reading List After Women’s History Month
FacebookTweet

Women’s History Month, a month of honoring women’s contributions to society, should not be routine. Thankfully, March served as an active remembrance of the importance of women’s role in advancing fields like medicine, mathematics and every conceivable professional sphere possible. But just as we don’t commit one month to learning, you should commit to learning more about women’s impactful role in society by reading one of the many legendary female authors’ works long after their given month of celebration. Choose any one of the following books to see how women of the past and present change history.

1. Their Eyes Were Watching God by Zora Neale Hurston

A meaningful contribution to the Harlem Renaissance, Hurston’s novel follows the emancipation of Janie Crawford from the bonds of marriage and racial injustice. The novel frames Janie’s story in the tales she tells a friend about her life of failed marriages, overcoming prejudice in the south, and finally falling in and out of love.

The novel follows Janie’s journey from a young granddaughter of a slave forced into an arranged marriage to a middle-aged woman looking back on her life. Zora Neale Hurston’s work lives on as a testament to women’s self-reliance and ultimately empowerment.

2. My Own Words by Ruth Bader Ginsburg, Mary Hartnett and Wendy W. Williams

Arguably one of the most influential women in modern American law, honor Ruth Bader Ginsburg after women’s history month by reading one of the great Supreme Court justices’ stories. Ginsburg tells her persistent story of breaking through glass ceilings through her fiery and often zany language. Her selected essays and readings create the portrait of a strong feminist fighting for women’s equality. Honor the late great Supreme Court Justice by being transported into her riveting mind.

One of the most prolific authors in contemporary feminist theory, Audre Lorde speaks through her melodic prose crossing the boundaries between poetry and essay. Through various selections of speeches and essays, Lorde asserts her theories of intersectional feminism.

One of the many powerful messages to take away from Lorde is the cathartic nature of letting your emotional baggage out. Lorde’s experiences as a gay, African American woman and mother feed into her intersectional identity’s impassioned writings. Reading Lorde’s Sister Outsider will spur the activist in you.

4. The Immortal Life of Henrietta Lacks by Rebecca Skloot

The Immortal Life of Henrietta Lacks tells the real-life story of the most crucial person in medical history. Henrietta Lacks worked as a steelworker in Baltimore, Maryland, providing for five of her children. When she discovered she had cervical cancer at John Hopkins Hospital, doctors took cell samples as a part of research into “immortal” cell lines without her consent. Researchers discovered Lacks’ cells were immortal, reproducing at a fast pace and never dying off given the right environment.

The immortal cells produced a vaccine for polio and provided research into cancer, HIV and AIDS. Even today, Lacks’ cells helped to provide vaccines for COVID-19. But the woman’s story lies behind the cells that changed medical science forever, gives readers a unique look into woman’s history.

5. The People of Forever Are Not Afraid by Shani Boianjiu

The three girls’ coming-of-age story pieces together a blunt but realistic picture of life for the women guarding their country’s border. With moments of war’s comedy and horror, Boinanjiu paints a picture for readers unaware of the realities facing Israel’s people. Boianjiu bases the novel on her own experiences serving in the Israeli military .

One of the biggest icons in the twenty-first century, Michelle Obama tells of how she grew up from the south side of Chicago, dreaming of obtaining an ivy league education and filling one of the most influential positions in American politics.

Through a warm and inviting voice, Obama writes of her struggles with racial prejudice at a young age to advocating for childhood health with her Let’s Move! Program . Obama’s personal call to serve her country through public service inspires the next generation of female leaders to take action.

7. A Tale for the Time Being by Ruth Ozeki

A dual narrative between two Japanese Americans, Ruth Ozeki’s novel deals with assimilation in different cultures. Teenage Nao returns to Japan after her father loses his job in California. To deal with her deteriorating family life and unaccustomed culture, she writes a diary to escape her depressive thoughts.

On the other side of the world, Ruth, a writer, discovers Nao’s diary washed up on the beach and becomes fascinated with Nao’s experiences. Ozeki serves her readers a mix of fact and fiction while delivering a heartfelt story of discovering cultural acceptance.

8. Know My Name by Chanel Miller

The author Chanel Miller reveals herself as “Emily Doe” in the People v. Turner sexual assault case. Miller’s gripping memoir of trauma and recovery is an empowering tale of courage.

“Chanel’s story puts her narrative first and foremost forward about that horrific case that happened a few years ago,” Instagram book blogger azantatreads said. “I think one of the things about the feminist movement that we need to shift towards is addressing internalized misogyny as well as putting BIPOC women’s voices at the center to share our stories.”

The titular character Olive arrives at a crossroads. While most of her friends marry and have kids, Olive becomes undecided about her future. Emma Gannon’s debut novel features the comedy needed to tackle deep subjects like motherhood and direction.

“The book discusses the nuances of what it means to be a woman in the 21st century-the stigmas of motherhood, choosing to not have a child, being career-oriented vs. family, etc. A great conversation that is especially relevant today and for college-aged women who are beginning to have to think about these things,” Instagram book and life blogger 9racereads said.

All Elizabeth Salzberg wanted was freedom from her father’s rule and to find purpose in her life. Set during the events leading up to and after Pearl Harbor, Shari J. Ryan’s new novel tells the story of Elizabeth’s journey to joining the Army Nurse Corps and gaining a newfound sense of freedom. This coming of age story creates an empowering pride for all women.

“I want to see the world, but not by lavish means. I want to be on the front lines with our mean and take care of our country in a way that makes me feel like I’ve done something worthwhile,” Last One Home author Shari J. Ryan said. 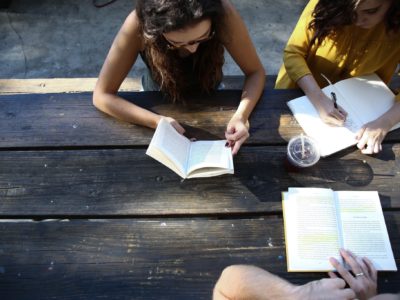 Previous Post:10 Road Trip Destinations Within 10 Hours of the University of Iowa
Next Post:All You Need To Know Before Diving Head First Into Law