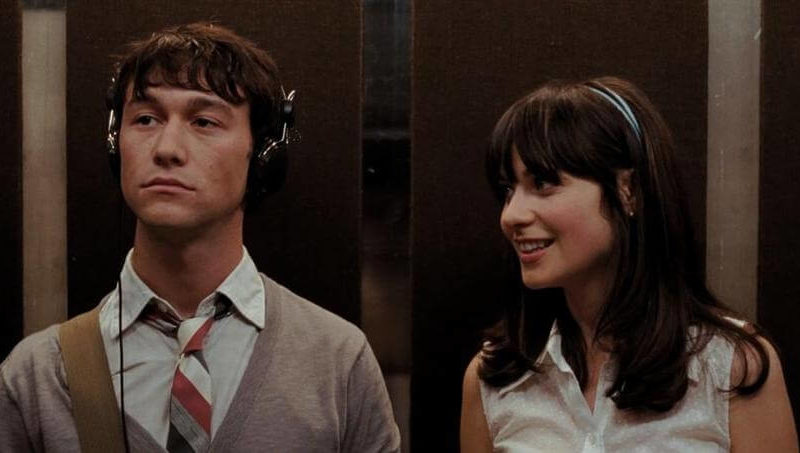 When We Think About Love in College

Julianne SpinglerMar 11, 2015
Home » Latest Posts » When We Think About Love in College
FacebookTweet

I was standing unaware in a crowded elevator when I had a thought. “Why haven’t you ever been in love?” my brain asked matter-of-factly, jolting me in a way that would make the stale dining hall coffee I was holding envious. Suddenly, I was too conscious of the fact that I was in motion. The small conversations happening around me seemed louder. I felt that I had reached the tippy-top of Maslow’s hierarchy of needs, because there was no way I could have been any more self-actualized than in that moment. College sometimes felt like a constant state of denial—a steady merry-go-round of avoiding responsibilities, and making up for the bad habits with sad excuses. True love, it seemed, would undo the simplicity of this circular motion—its complications inevitably putting too much weight on my delicate, familiar cycle.

Love, as I knew it, was like being a patron at a chain restaurant: You kept coming back because you knew what you were going to get, but it never felt satisfying in the end. After years of ordering my dark-haired, musician/poet special, the world started to flip. On the basis of what I thought was a random, passing moment in an elevator, I triggered an endless onslaught of questioning. Is it too late for me? Isn’t the percent of people who find “the one” in college super high? Do I already know the person that I am supposed to spend the rest of my life with?  The self-interrogations were so intense that I seemed like a crack addict, so addled by a newfound love-neurosis that it felt like I was in hyper-speed.

I found release from my psychosis in the same elevator, about two weeks later. It was a Monday afternoon—one of those lazy, unmotivated days where I almost skipped class because I heard that the air quality was low. He was in the back, staring at nothing, and barely paying attention to his surroundings in the same manner that I was.

Somehow in this state of minimal awareness we found each other, wearing the same ratty Nirvana-labeled sweatshirt. I always knew that clothing like this was unisex, but rarely had I seen it in action. It was a sign. I smiled and went to class with a brand new rhythm to my step. I wasn’t obsessively thinking about love anymore, nor was I in denial. I was finally in the club. I had the start to my perfect, romance-novel college soulmate experience. It was the moment we would tell over and over again at different, pivotal points in our lives—about how we were the boy and the girl that fell in love by coincidence in an elevator, and somehow made it last.

Some time went by, and before I knew it, finals had passed and the lull of the summer began. I hadn’t seen the boy again, but still, I thought about him like he was a tangible presence in my life. Because of an insatiable ache for social interaction my roommates and I decided to join an online dating website. At first, it was fun and distracting, and I happily reverted to the life of short-order love affairs. Then, like clockwork, he was there. The band sweatshirt boy, staring at me again, a still life popping off my computer screen to remind me that fate existed.

Finding out his name felt like the best gift I had received in a while. Learning his flaws, his talents, his quirks, and his habits could be described by words, but in the end, the feelings far surpassed anything that could be put on paper. He was there, in my life, his transition from stranger to familiar figure aligning with the stars I was convinced brought us together. I was so swept away by the image, that I forgot that I was young, that we were both still so young. I forgot to leave room for the fact that we were ever-changing individuals, bound to make mistakes that would lead us to different paths in our lives. I forgot we were in college.

The summer was almost over when he decided to tell me what his real path was. He had gender dysphoria. It was a change there was no going back from—a change that would tear our story to shreds, like ripping the pages from a perfect romance novel. Out of all of the surprises and ups and downs that we had experienced together up until then, I wasn’t prepared for the magnitude of his confession. In a few short months, he would be a woman. A few short months ago, he was a boy in an elevator that I thought was fated to be mine. The flaws and signs present throughout our entire relationship rushed back in a blur, ruthlessly crushing any fantasy still in my head.

We lay there in the pitch-dark room as the air conditioner created an artificial chill. We pulled each other closer with just our arms, but not our minds. We said nothing, and let the silence teach us about what love really was.

I’m a Philadelphia native and a junior Journalism major at Temple University. Philly is my home, and it’s my goal as a writer to show the world what it has to offer.