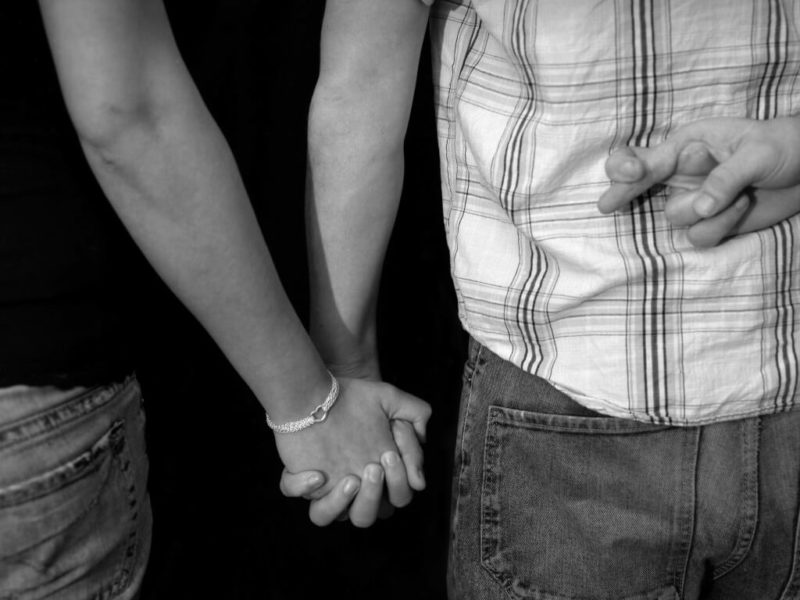 Relationships and Restraining Orders: 10 Signs It’s Time to Move On

With so many obstacles to battle in college, don’t let a total f–kboy be one of them. Before you go full-speed ahead into a relationship, make sure you’re putting in energy on the right guy—or you’ll quickly end up in crazy-ex territory.  Just always be sure to stay calm and move on.

When you start to feel like the guy you’re talking to feels more like a project than a boyfriend, the two of you probably weren’t compatible in the first place. Guys don’t come with an instruction manual. They are how they are, so don’t waste your time on trying to change someone who probably won’t change.

You haven’t heard from him all day. You check your phone one more time around 10 p.m., as you’re getting ready to jump into bed to watch some late night Grey’s Anatomy. Finally, it lights up with his name. “Netflix and chill?” the text reads. No. This is a clear sign that he thinks of you as an friend with benefits and nothing more. Abort mission. I repeat—abort mission.

3. He Ignores You In Public

You’re walking to class and OMG— there’s the guy you’ve been texting for a few weeks. He refuses to respond to your wave, so you wave again. He still doesn’t say anything. Clearly, he forgot his contacts this morning. As you pass, you say hello, but he looks right at you and keeps walking in silence. Instead of letting yourself feel broken, take it as a sign. There are plenty of guys who want to recognize your existence in public. You deserve more than a “sup” nod.

4. He Gives Out Bad Vibes

When your friends and family express wariness about your fella, it can be frustrating. Instead of trying to carry on a forbidden love, take note of the red flags. It doesn’t always mean that the guy is nothing but bad news, but your friends are usually better at judging than you. Consider what they say and if you start feeling bad vibes, just back away slowly.

When your crush acts more mysteriously than a James Bond and Batman combo, you know something’s not right. He’s constantly “way too busy” to talk, but never seems to specify what keeps him occupied. If this sounds like your case, there’s two options. He’s either busy saving the city of Gotham from evil and corruption or he just doesn’t care enough. Assess the situation yourself to find out which makes more sense.

When seeking out a bae, you want someone who makes it feel easy. But when it seems too easy, it makes you wonder, “How many girls have you used this line on before?” or “Did you just quote a Nicholas Sparks movie?” If it sounds too good to be true, it definitely is. Don’t let yourself get played by the overly smooth Casanova. Run away as fast as possible.

He blew off plans to study for his chemistry exam tomorrow. Fair enough, you plan a nice movie night with your roommate. Later on, one of your best friends sends you a snapchat of him at the bar flirting with another girl. All of these lies make you wonder if he’s really the good guy in this fairytale. A guy like this is no Prince Charming—unless you’re talking to all the other girls he’s out there charming away. Close this book while you still have the chance.

8. Your Dog Puts In More Effort

You know there’s a problem when your dog seeks your attention more often than the guy you’re seeing. It doesn’t take much to send a text every once in a while. A simple “hey” does wonders, but you’re not even getting that. If he’s not putting in any work on his end, then he’s not worth all the effort on your side.

There’s nothing worse that a crazy ex-girlfriend. You just met this guy, but you can already tell he’s dragging around a ball and chain from his last relationship. Clearly, something is unresolved here and you should back out quickly before you start to feel like the stalked victim of a horror movie.

If it’s not blatantly obvious, you should know it is time to move on when you find out this guy is already taken. Regardless of whether or not he’s still trying to hit you up, don’t get involved in boyfriend/girlfriend drama. There are plenty of fish in the sea. Don’t settle for the cheating clownfish when you’re a beautiful starfish.

Erin is a broadcast journalism major at the University of Maryland. She enjoys acrylic painting, playing piano, and long-distance running. Erin also enjoys skiing and snowboarding in her hometown of Buffalo, New York.