Mastering the Essay: How to Go from BS to BA

We’ve all been there—you’re sitting in class waiting to have your paper handed back, certain you absolutely killed it. You knew your sources inside and out, followed the prompt to a tee and even hit up the writing center for a little help with MLA format. But when you flip over your 12-page comparative analysis, you see a big fat “B” marked on the top. Where did you go wrong?

Don’t get lost in the sea of prompts and grading rubrics. CM sat down with three topnotch paper-grading profs at the University of Michigan to get an idea of what they really want from a piece of A+ work.

They Want You to Listen

Let’s talk about the paper prompt—you know, that thing that tells you what you’re supposed to be writing about. English lecturer Gina Brandolino noted the lack of attention many students pay to it. “Students often downplay how important the assignment sheet is. [It] is a map of where you’re supposed to go,” she said. “The first thing that I do is make sure a paper addresses the prompt.”

Brandolino also mentioned how meaningful it is when students utilize office visits to get feedback on their ideas before handing in the final draft.“If you can have the ear of the person who’s grading, why would you not take that time and ask questions?”

They Want You to Pace Yourself

It’s safe to say we’re all guilty of scoffing when profs feed us the “Don’t wait until the night before it’s due” line. Sure, you can get away with it, but the truth is you really do have to give yourself some time to ensure a piece of quality work. “You have to have a prewriting system set up that gives you time for invention,” Brandolino said. “You have to sit down and be able to let an idea take form.”

While brainstorming methods differ for everyone, sociology professor Sandra Levitsky recommended sketching an outline before you sit down to write. “Outlining, as sort of awful as it is, is enormously helpful for people to think through their thoughts, the order of their thoughts and what evidence they have to back up those thoughts,” she said.

They Want You to Guide the Reader

Your ideas all make sense in your head. That’s because they’re your ideas. While writing, imagine your audience as The Beatles—I wanna hold your haaand. “You have to think about the writing process as helping your reader go from point A, a statement of your argument, to point Z, being totally convinced of your argument. And it’s a process, and you have to hold their hand through that process,” Levitsky said.

One easy way of doing it? Don’t be afraid to throw it back to the 4th grade—there’s a reason the basics are basic. “I believe in sign posting: ‘In this paper, I will first. Next, I will. Finally, I will,’ and a lot of students think this is elementary… If it is, then it’s good basic writing,” Brandolino said.

They Want to Learn Something New

Profs already know the material they’re teaching, so why would they want to spend hours reading and re-reading what they already know? “I think this is something that plagues early writers: They think the professor has got a right answer in mind,” said Jeremiah Chamberlin, the English Department writing program’s assistant director. “College-level writing is really not about right answers; it’s about adding to a conversation. To say something new.”

Brandolino agreed that she wants to see more than what she already knows. “An excellent paper has that spark of ingenuity that goes beyond just answering the prompt. It answers the prompt, but then shoots through the prompt and shows me something new and surprising and interesting,” she said.

They Want You to Make Mistakes

Repeat after me: first draft, worst draft. Sometimes you upchuck a little bit of word vomit before you get to something good, and you don’t have to stick with the first thing you come up with. “The problem is the person who’s just not willing to push themselves and come back to do another round of revisions,” Chamberlin said.

And all those flubs you made the last time around? Instead of kicking yourself, use them to your advantage. “You should always be thinking about the next paper. [Feedback] should be training for the future, so that when you walk out of the semester you have strategies for the next project,” Chamberlin said.

They Want You to Do You

These profs all agreed that they want to see a paper that is uniquely and genuinely you. This is your work, the fruit of your efforts, so why not own it? “A good paper does exactly what the assignment asks. An excellent paper has some ingenuity in the argument… and that sometimes requires a level of creativity in the writing,” Levitsky said. If your topic doesn’t matter to you, it’s not going to matter to anyone. In writing, there’s always room for exploration. Ask questions. Make comparisons. Tailor the assignment so it works for you. “Take more risks in your writing, whether that’s in terms of creativity or putting out some bold ideas,” Levitsky said.

Add some narrative flair to your lab report. Argue against the prompt rather than in favor of it. Bring in your knowledge about an obscure topic or talk about your family background. As long as you can make a connection, it’s probably legit. Rules, guidelines and mechanics aside, writing about something you care about automatically makes for an 800 percent better piece, guaranteed. Chamberlin said students like this separate themselves from their peers. “They aren’t playing it safe and thinking, ‘What does the professor want me to say?’ But instead they’re saying to themselves, as writers, ‘What question do I have that I want to uncover?’” 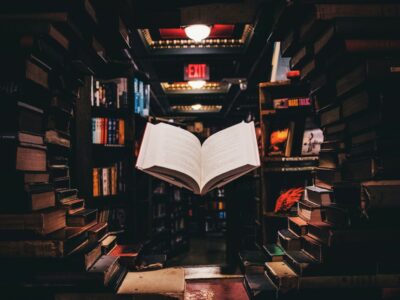 Previous Post:Beauty and the Media Beast
Next Post:The 10 Best Dorm Posters for Every Personality