You are here: Home / Life / How to Get Over Yourself and Ask a Guy Out Already

We’ve all been there. Sitting on the metro, drooling over a curly-headed French man that sort of looks like a young Jeff Goldblum, too nervous to do anything but ignore him until he gets off the train. Maybe you have a crush on your tall goofy friend with dark hair or the quiet guy that works at your optometrist’s office. Either way, you can’t get him off your mind. Your friends have heard enough of your fantasies and analyses dissecting every minor thing he says or does around you. The time has come for action.

Check out these four steps to help you ask a guy out with confidence.

Step 1: Stop Being Nervous, It’s Not a Big Deal

You have no reason not to ask him out. Sure, he could say no and you’d be embarrassed for like two days max and then maybe every time you see him after that. But who cares?

Don’t let anyone make you feel bad for expressing your feelings in a healthy way. He should take it as a compliment that you found him so attractive in the first place. “If he does say no, that doesn’t mean you’re not a fantastic person, it just means you’re not fit for him,” University of South Florida senior Ashley Bowman said, “and that’s okay, because it’s impossible to fit with everyone.”

Young and caught in our feelings, we easily lose touch with reality. We think rejection means something deeper about ourselves, our worthiness or our flaws. It does not. Don’t let an irrational fear of rejection or inadequacy limit your possibilities. Ask him out with confidence knowing that regardless of what happens the world will keep spinning and you are still a babe.

Yes, you blush every time he laughs at one of your jokes, but he never texts you back. Sure, you saw him looking at you over his shoulder in class once, but he waved and his buddy behind you said, ‘oh, there you are’ and moved down a few rows to sit with him. If you see your crush regularly, pay attention to the way he acts around you, what he says and how he says it.

If he never hears what you say the first time because he has his head down texting his ex-girlfriend all the time, you probably shouldn’t ask him out. But, if you suspect he likes you, or could like you after some one-on-one time, go for it. Assume your feelings will be reciprocated. That will give you an irresistible glow of confidence that screams ‘why wouldn’t you want to go out with me?’ The same applies when you fall in love with your Starbucks barista.

When you spot a hottie out in public, make some flirty eye contact and slide over your digits. So, what if he doesn’t text you? You’ll probably never see him again. “I wrote my number on a napkin at a sushi place once and we actually went on a date,” University of Florida senior Weston Hucknall said. “He was an odd one. I stopped talking to him when he sent me a picture of his poop in the toilet.” You really have nothing to lose in this situation. You’ll only become more badass and confident, and maybe you get a good poop story out of it, too.

You only have from now until he finishes his meatball sub to muster the courage to ask him out for drinks before he leave the mall food court forever. Do you find some excuse to get closer and strike up a conversation? The guy seeing if they have a 9.5 in the back at Lady Foot Locker gets off in 15 minutes. Do you write down your number when you sign the receipt?

Whatever you do, remember to relax. “One time a girl bet me that she could beat me in a game of basketball, and if I lost I had to give her my number,” Florida State University senior Marc Toussaint said, “and I was attracted to her, so I let her win.” Your only real plan should be to charm him with your smile and your wit, which will come naturally when you feel comfortable in your skin and confident of your mind.

Step 4: Do the Damn Thing

You might get butterflies in your stomach, or maybe red-tailed hawks, but don’t be a chicken. Your mind can hold you back as much as it can push you forward. When little thoughts of self-doubt arise, remind yourself that you make really good vegan cookies or can spell “restaurant” right on the first try. Sometimes you have to be your own cheerleader. P-U-M-P yourself up by thinking of all the reasons someone would want to date you and you’ll have no problem exuding that all too enticing air of confidence.

At the end of the day, whether he says yes or not, having the confidence to put yourself out there could help you grow as a person. Getting rejected should humble you, not shatter your ego. Not every part of life looks glamorous like the movies—sometimes the good girl doesn’t get the guy. C’est la vie. But nothing sucks more than realizing you missed a good opportunity. You never know what could happen, so just give it a try.

“The ball is in your court. The worst thing that can happen is he says no, but it’s empowering to make the first move, and guys often appreciate when a girl takes that burden off of them. Just go for it!” Hucknall said.

“Tie it down to a date and a place because 1. It shows effort and 2. You’ll have it locked in place before the conversation is over, so you don’t have to follow up again with a ‘so when are you free?’ ‘what do you want to do?’ text,” Bowman said. 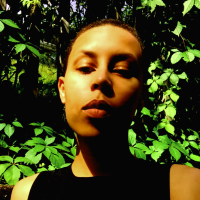 Curfew Breaks and Spicy Rice Cakes
Next Post: 10 Ways to Rebound After a Failed Exam