Some big dreams feel too big to fit into your small town. College is a chance to escape and let those dreams grow.

I come from a very small town in Virginia. Each time someone asks me where I’m from in Virginia, I explain it to them in relation to the biggest towns around me, which are about an hour away.

Growing up, corn fields and cows dominated my life. Don’t get me wrong, cows are so, so cute. But when that’s the only scenery you come into contact with, life gets so boring. I knew I wanted a college that would be so different from my small town.

I chose Penn State. With 46,000 students at the University Park campus, I knew I would meet so different people to find so many opportunities. Move-in day felt so exciting. The next four years would look so different from my whole life.

I needed to get through the adjustment period first, though.

I graduated with a class of about 300 people. The size of the first-year class at Penn State alone amazed me. Universities get their freshman settled in on campus before the rest of the students arrive. It’s great, because it gives you time to feel lost without looking completely stupid.

Then everyone else arrived on campus.

The first few weeks at a big college are really hard for townies. You meet so many new people every day and sit through ice breaker after ice breaker. I always believed I was really good with names until all of these get-to-know-you games were thrown in my face.

There were too many people to keep up with. Within those short two weeks, I felt like I’d met more people than I ever met in high school.

I realized that I might just be another person in the crowd. If I couldn’t remember other people’s faces, they probably wouldn’t recognize mine, either.

Plus school started becoming harder, too.

I graduated as the valedictorian of my high school. Everyone knew me as the smart girl who took several college level courses starting freshman year. In class I led discussions because other students seemed to speak up.

But I’m one of many valedictorians at Penn State. Everyone brings something new to the table and class discussions. It never occurred to me that others would have much to say in class once I got to college.

It’s really easy to stand out in a small town. Word spreads really fast, and everyone finds their niche. People know you as the person who “does that thing,” whatever it may be. No matter who you are, people assign you to a niche.

One of my niches in high school was color guard. I tried out for the Blue Band and I got in. The color guard (silks, as they’re called at Penn State) includes around 30 people. That’s five times bigger than the color guard at my high school. I felt comfortable, but as I watched other people forming friendships with one another, I began feeling so left out.

I worried about not finding a place on campus when I arrived. As a small-town girl, I didn’t want to just become one of the 46,000.

Going back to my roots eventually helped me find my niche at Penn State.

Small talk makes easy to ask others about their hometown. Most of the time when people found out that I’m from Virginia they would shrug and say “cool.” Some people asked about the University of Virginia. I’d tell them that I applied and had been accepted, but Penn State suited me better. It impressed everyone. They would rave about my acceptance to UVA when I thought nothing of it. Virginia was just home for me.

I lived in an area on campus where only two upperclassmen also lived, which made me feel even more isolated. One of them had a car, though. She would always talk me home from practice so I wouldn’t walk alone in the dark.

Her kindness gave me my first great friend in college just because we lived close to each other.

From there I continued to find more people I connected with.

The people who fawned over my acceptance to UVA probably don’t remember those five minutes at all. But I do. This marked one of the first times I felt accepted at Penn State, like I truly belonged in this large community. I remembered what made me special, even if everyone around me accomplished great things themselves.

Stay true to who you are instead of trying hard to impress everyone. Being a try-hard doesn’t get you far. Transitioning from a small down to a huge college taught me that you can’t be hung up on everything everyone else does.

Standing out in a small town is great. But taking the time to focus on yourself and your diverse interests on a big campus feels even better. 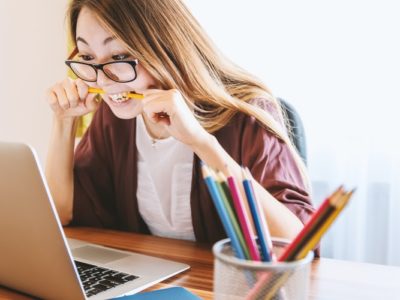 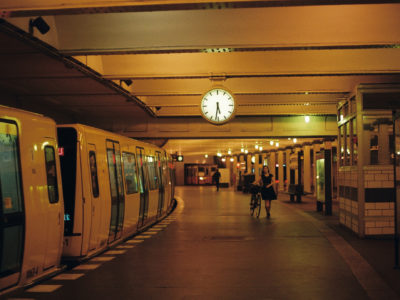 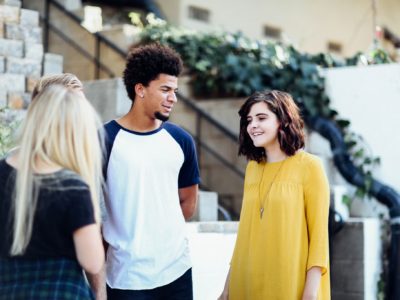 You Don’t Need a Friend Group to Have Quality Friends 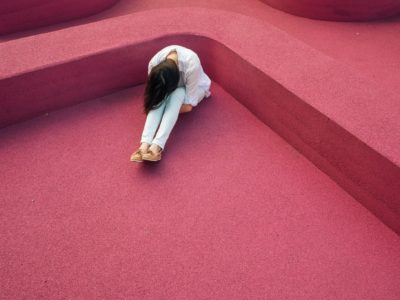 10 Skills You Master as an English Major
Next Post: Did I Chose My College or Did My College Chose Me?