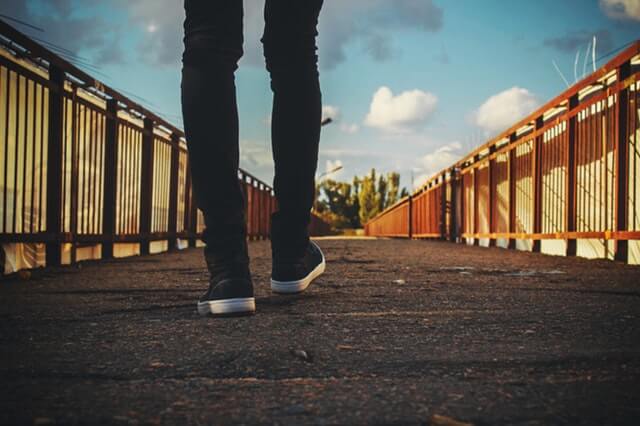 I Go to College Across the Street from my House

Lucy EllmanJun 29, 2017
Home » Latest Posts » I Go to College Across the Street from my House
FacebookTweet

On a broiling August day two years ago, I helped my parents cram my belongings into the backseat of our Toyota, said a tearful goodbye to my dog Gracie and set out on the road to college. We left the house at 8:57 a.m. I pulled up in front of my dorm at 9:01 a.m. It was quite the commute.

In case you couldn’t already tell, I go to college in my hometown. While my mother’s house is a lengthy four-minute drive from my dorm (five minutes with traffic), my father lives directly across the street from campus. As you can see, I really decided to step out of my comfort zone with this whole college thing.

I won’t lie; going to school in your hometown isn’t always easy. Sometimes it’s wonderfully convenient, like when you run out of toothpaste and can walk across the street to steal some from your dad’s medicine cabinet. Or when you forget something on campus over break. Instead of wallowing in your forgetfulness, you can drop by your dorm the next day to pick up your charger before your laptop drops below 10 percent. You’re also a human GPS, and knew the fastest route to Target 10 years before anyone else in your graduating class.

Other times, it can be a bit wearisome. There are the constant comments such as, “you don’t know about this hole in the wall dive bar with an excellent music scene? I thought you lived here.” Guys, I’m exactly your age. I wasn’t doing cool things in high school. Instead, I was spending all of my hard earned cash on tickets to the expensive movie theater and drinking too many chocolate milkshakes at my local diner. Seventeen-year-old me was not exactly “hip.”

I can brush off the teasing, but other things aren’t so easy to shake. I’m constantly on the lookout for people I know. Also, awkward interactions with family friends or neighbors at the supermarket are a common occurrence. It’s like I’m stuck between two worlds. There is the college me, attempting to strike out on her own, and another past self who comes out on nights in town and monthly trips to the mall. Sometimes the worlds collide, and I’m left somewhere in the middle.

I have a few ways of dealing with this, but basically I set boundaries. For one, I don’t let myself go home except on breaks. My friends who live somewhat nearby occasionally go home for a weekend after a particularly rough few days or weeks. Not me. I pretend I am eons away, somewhere like Timbuktu or Santa Monica. I also talk to my parents a lot less than many of my friends (sorry, mom). It’s like I’m removing a safety net. Because I’m missing the physical separation that other students have, I try to make up for it by doing all that I can to be independent. It’s my way of attempting to actually become an adult, rather than just play one for a few months at a time while at school.

But even with the rules I make for myself, it’s hard to accept that I am not always getting the same experience as many of my classmates. College is the place where you can start fresh. You are thrown into a strange new environment that you must navigate all on your own, and learn more about yourself in the process. It may be difficult, but you inevitably grow.

Yet, recently I have begun to think about my time at school a bit differently. Wandering around campus when class isn’t in session feels like an entirely different world. The bench you once occupied at 2 a.m. while spilling your heart out to a friend is not the same on a Tuesday afternoon in July. It’s the people, not the place that makes the “college experience.” I’ve made amazing friends from around the world that wound up at this tiny liberal arts school in upstate New York. We’re all a bunch of weirdos. I just have have a slightly shorter commute. It is by no means perfect, but it’s pretty good.

And hey, next year I’m going abroad and none of this will matter. I better remember to pack some toothpaste.