“You’ll have no social life unless you go Greek.” Sound familiar? Roll your eyes at the warnings all you want, but some college towns would be nothing without their beloved frat parties and Greek life traditions. With all those foreign letters, Greek life can get pretty confusing. Luckily, CM is here to help you sort it all out. We took a look at the places with the highest participation, the best parties and most effective philanthropies. Here are the schools where this caution is worth listening to.

Every fraternity party here is completely FREE, so you’ll never have to worry about digging for $5 when the party “reaches capacity.” There’s always a party at Lehigh; even if it’s an afternoon weekday you can find frat boys playing in Beirut tournaments. Lehigh’s Greek system comes with a few expected rules to keep Greeks up to their high standard. Students go through a deferred recruitment process, which most rave about because you get to make friends both outside of and within your organization, giving you a break from your sisters and brothers every once in awhile. Another rule requires that all members of sororities or fraternities live in the buildings the university donates to the chapter. Greek housing is really nice, however, and situated on a beautiful hill so members can overlook their college kingdom.

WE ARE…miracle-workers. Penn State boasts the honor of hosting Thon (short for Dance Marathon), an event where students stand on their feet for 46 hours to raise money for the fight against pediatric cancer. The Lions aren’t the only ones to host a Dance Marathon event, but theirs is by far the largest; last year the Interfraternity Council and Panhellenic Council raised $13.34 million, all for the kids. When they’re not being philanthropic, they’re celebrating at crazy football games or out on the bar scene. “Greek life is doing things at least Wednesday through Saturday night,” said Penn State sophomore Max Winn. Penn State’s most notable party is State Patty’s Day, a fake holiday for students to celebrate St. Patrick’s Day at school because the holiday used to fall over a break. Police have tried everything to shut State Patty’s Day Down, but their spirit just can’t be diminished.

Imagine nonstop partying at frat mansions complete with questionable early morning drinking, Slip N Slides, mud wrestling, beer bong and concerts. Indiana Greek life boasts one thing nobody else does: the Little 500. A spinoff of the Indy 500, Little 500 is the largest collegiate bike race in the country and it’s a Greek favorite. It takes place at the Bill Armstrong Stadium right on campus, so whether they compete or cheer on their chapter’s team, Indiana Greeks go above and beyond for what is known as the “world’s greatest college weekend.” The best part? The events raised millions in scholarship money over the years. Fergie may have been onto something when she noted that “a little party never killed nobody.”

Every November, UF Greeks travel to what’s known as the world’s largest cocktail party at “Frat Beach” to tailgate for the annual Florida/Georgia game on middle ground. Picture a mash up of red and black and orange and blue for miles. Even in the midst of a football slump, these Greek students stand SEC strong no matter the weather. UF offers a chapter for everyone, but what’s really unique about Greek gators is the their tendency to road trip. Fraternities organize itineraries for buses full of students to visit SEC foes at places like Vanderbilt, LSU and Alabama because the only thing better than tailgating and bar hopping in Gainesville is trashing someone else’s hometown.

A fall full of tailgates readies Georgia Greeks, decked out in cowboy boots and bow ties, for a good party. Georgia’s 42 Greek organizations are among the few and the proud to participate in “Frat Beach.” They also know when to get serious, and take part in UGA Miracle, a student-run philanthropy that raises money for Children’s Healthcare of Atlanta. UGA Miracle is just as much a social organization as it is a charitable one, helping you find your place on campus. It’s like sorority or fraternity inception.

The biggest perk of Greek life here is the community feel – all of the houses are close together, and students must live on campus all four years, so it really does feel like home. At Vandy, over half of the female population goes through formal recruitment, so there’s a place for everyone on the small campus. “The thing about Vanderbilt students is that everyone is really involved in everything, so the philanthropic side of Greek life is huge here which brings the entire Greek community together,” Vanderbilt Zeta Tau Alpha member Raquel Raitan said. Look out for IFC’s annual Lights on the Lawn, a huge one-night concert in our country’s music capital that benefits the Mary Parrish Center for Domestic Violence and Abuse. The week leading up to the concert is full of promotional events with giveaways and great Nashville eats. This year, the concert raised over $100,000 and featured The Chainsmokers and Sound Remedy.

Home to Greekfest and possibly the best traditions out there. Greekfest welcomes students back to school at the beginning of each fall semester with big name artists like Juicy J, Cash Cash and Wiz Khalifa. As if that isn’t enough, Greek students get the special privilege of block seating right beyond the end zone at legendary Bama football games. “The fraternity and sorority houses are multi million dollar mansions, and every fraternity and sorority has their own chef team. It’s such a huge tradition here, and since all the tradition is so deeply rooted, it basically runs the campus,” said Alabama sophomore Kaitlyn Elgart.

Greek Life is the social life here. What’s particularly nice about Depauw, however, is that recruitment isn’t the same cut-throat, devastating spectacle you hear about on other campuses. Letter-clad students work to combat the typical Greek party stereotype by offering all-inclusive events, a rarity in such a social system. Find both Greeks and independents passing the day away at philanthropy events and the nights battling through the party trail from ATO to Phi Psi. Because the school is so small, Greeks usually wind up where the party is on the weekends, not confined to their organization’s events. Leave the clique mentality in high school, and don’t be surprised when that Beta from last weekend shows up at the Phi Delt party.

The Greek scene at this Ivy League is the inspiration for the movie Animal House – the movie that defines college and Greek life. Over 60% of the overworked student body at good old Dartmouth fights for its bid to Alpha Beta What’s-it-Called in hopes of easing the pressure placed on their cancer-curing shoulders. Frats at Dartmouth change it up often and host live bands at their parties or sponsor events like guest lectures or performances. Parties to note: Sigma Nu’s Eighties, Tabard’s Disco Inferno and Alpha Chi’s Beach Party.

A staggering 81% of men and 82% of women at Washington and Lee join a Greek organization, so yes, you have to rush. The Greeks get better housing, better food and in most cases, better involvement positions on campus. If you choose to remain independent, Greek life still somehow manages to sneak its way into your life. There’s a big/little week for independent girls on campus so they do not feel left out, and all fraternity parties are open to anyone and everyone, so you can count on spending your Saturday night in a dark and sweaty basement. Washington and Lee is all about inclusivity, and although everyone says it’s okay not to rush, Greek life is practically the equivalent of the plague.

Check out how the Greeks stacked up in our past ranking.

Prepare for big little reveal season with the cutest tank tops around. 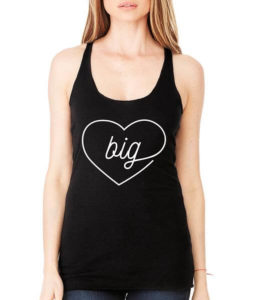 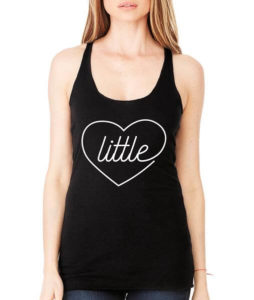 The 10 Most Progressive Campuses

Previous Post:CM’s Guide to Tailgate Snacks and Drinks
Next Post:How to Survive a Tailgate at Syracuse University