You are here: Home / College Rankings / CM’s Top 10 Schools For Greek Life
We all know that the Lambda Lambda Lamdba chapter at Adams College is the most sought after fraternity in the Nation, but what schools should truly make the College Magazine Top 10 Greek Life Schools list? Adams College, from Revenge of The Nerds, unfortunately did not make the cut, but maybe your school did. Through research and biochemical engineering, we were able to assemble this list of THE Top 10 Schools For Greek Life.Now there are a few rules you must know before reading this article. If your school is on the list, take a shot. If your school is not on the list, take a shot. It’s as simple as that! Now, let’s begin:

Greeks rule at IU, with over 5,000 students and 65 organizations involved in fraternities and sororities every year. IU Greek life prides itself on its scholarships, philanthropy, social involvement (Greek week, formal dances and even barn dances), on campus leadership, competitions like IU Sing and intramural sports. Perhaps the biggest thing that the Greeks participate in is the Little 500, aka the “Worlds Greatest College Weekend.” It’s the largest collegiate bike race in the United States and the Greeks enter and cheer on their bike teams.“Our Greek life is a huge but close knit community that just runs the entire campus,” said IU junior Jamie Kaminsky. “We have a ton of school pride, we all live in ridiculous mansions. The smallest occasion is the biggest celebration. If the weather hits above 60 degrees, you can count on a least 10 different day parties in the frats’ courtyards.”

Need more evidence? Check out this remix video to Rebecca Black’s “Friday” that some IU frat brothers put together and experience a small taste of the IU Greek scene.

Remember how IU beat number one ranked Kentucky in basketball back in December ’11? If you are from Indiana or go to IU, I am sure that you remember very clearly the buzzer beater that shocked Kentucky. Check out how the Greeks, along with other students, celebrated the win.

Also, be sure to check out the music video below, “This Is Indiana” by Brice Fox and Daniel Weber.

Football and Greek life seem to go together like peanut butter and jelly. If you are not in one of UA’s 29 fraternities or 23 sororities, you may have a hard time acquiring good seats at the Alabama football games.

“Greek life at Bama is a pretty big part of the tradition of the school,” said University of Alabama student Tommy Faust. “A really cool part about it is fraternities get block seating at the football games right behind the end zone, as opposed to having to sit all the way up in the student section where noses bleed and the players look tiny.”

This has to be the best perk of being in a fraternity I have ever heard, especially because of the school’s outstanding football reputation.

Tommy would also like to add some hard evidence, stating, “we rage hard.” In case anyone had any doubts of why Alabama should make the list.

At Lehigh, Greek life plays a major role in the college experience. Roughly 34% of undergraduates are members fraternities or sororities. “Fundraisers, parties, and pre-game tailgates are all run by the fraternities and sororities,” said Lehigh sophomore Cody Thaller. “If you’re not in a frat or sorority at Lehigh, you end up spending your weekends in them anyway, so in a way the social aspect at Lehigh more or less revolves around Greek life.

Not only do the Greeks party hard, but they study even harder; over 37% of the Greeks made the dean’s last semester. Bravo!“For fundraising the Greeks have a big event where they put a giant seesaw out on the University Center front lawn and have people riding it all day to raise money for cancer research.” Giant seesaw? Count me in!

Cody also informed me that a couple of years back Chiddy Bang performed at a frat party. No big deal, right?

According to THON, this event “has over 15,000 student volunteers, 700 dancers, and has raised more than $78 million, benefiting The Four Diamonds Fund at Penn State Hershey Children’s Hospital.” It is most likely the only thing keeping frats and sororities around the Penn State campus.

Penn State founded its first fraternity in 1872, but was quickly shut down because “the faculty at the time felt that fraternities were generally bad and would not promote the proper atmosphere at the university.” Let’s just say the Penn State fraternities and sororities have been on double-secret probation for a long time.

According to University of Florida senior Stephanie Farina, “Upon meeting someone [at UFL] the first thing they ask is your name and the second question is ‘are you in a frat or sorority’?” With 38 fraternities and 26 sororities the odds are pretty good that the answer will be yes.The biggest event that the UFL Greeks take part in is the Florida vs. Georgia Football Classic. This event has been given the nickname of the “World’s Largest Outdoor Cocktail Party.” All of the fraternities and sororities travel to Jacksonville, FL to watch the game, but mainly to tailgate. Some make this journey days before the game even starts and get the party started as soon as they arrive.

College Prowler describes Greek life in Gator land like this: “The true meaning of Greek life is to make connections between a group of guys and girls who you’ll have at your wedding one day.” That sounds pretty good to me.

When over 50 percent of your campus is involved with Greek life, you are guaranteed to make a Top 10 list like this. That number doesn’t even include freshmen because they are not eligible to join until their first semester of their sophomore year. They are however still allowed to participate in Greek life events.“Greek life is THE biggest part of Bucknell,” said Bucknell University junior Andrew Roach. “Only sophomores, juniors and seniors can be part of it and it feels like they are all in it. Greek life dominates the social scene. One of the frats had a Barstool U Black Out event this fall. There is also a house party weekend every year in the spring and all the frats have bands.”

Even though there may only be a little over 3,500 undergrads at Bucknell, this astounding Greek life participation percentage makes it Greek life central.

The first fraternity at UVA was founded in 1852 and there are now currently 55 chapters. A big difference with the fraternity and sorority houses at UVA is that they are allowed to throw parties in their homes. This is not the case at a lot of schools.UVA’s Greek life puts a huge emphasis on philanthropy. The fraternities and sororities have been known to work with groups like the Make-A-Wish Foundation, Prevent Child Abuse America, and Charlottesville Mental Health Association. In 2007, UVA’s Inter-Greek Habit For Humanity Group raised enough money to build an entire house. Not bad, huh?

The Foxfield Races is one of the biggest Greek traditions at UVA. Most of the fraternities and sororities attend the event together where they pair up and tailgate all day at their designated plots. Other student groups are in attendance, but it is predominantly Greek. Ladies, be sure to have your finest fancy hat on if you attend this event.

For number eight we head a little further south to Columbia, SC, home of the Gamecocks. The students at USC love to tailgate, just like students everywhere. Because their football team has been very solid in past years, it has only made for crazier tailgates.

“The tailgates that the frats and sororities held were definitely the place to be on game day mostly because they had free alcohol and [sometimes] had concerts afterwards,” said USC alumna Natalia Darling. “A couple of the frats even had The White Panda come.”

Holding concerts and partying are great and all, but what the USC Greeks do even better is charity work. Last fall the Greek population at USC, which is 20 percent of the campus, raised nearly $300,000 for charity. I dig the ambition.

“I love Greek life at VT,” said Virginia Tech senior Colleen Ursic. “We are actually in the middle of recruitment now! I think it’s so great because there isn’t such a huge rivalry between chapters, like there is at a lot of other schools.”That is pretty impressive considering there are about 3,900 students involved with Greek life at VT. That equates to 17 percent of the campus being Greek. With 56 chapters and a cumulative GPA of 3.0 between them all, VT Greek life has a lot going for it.

Then there’s their community work, like their Oak Lane Trick-Or-Treat where they provide a safe place for elementary students in the Oak Lane community to have fun on Halloween. Or their Roanoke Street Clean-Up, which is exactly what it sounds like. Clearly, Hokies care.

The University of Mississippi has had active members in the Greek life community since 1848. There are a total of 19 fraternities and 13 sororities at Ole Miss, but only 14 of those fraternities are on campus. This makes getting into one of those on campus fraternities extremely competitive.There may be only 13 sororities, but the chapters are very large. Some have up to 250 involved students. Over the years there have been three Miss Americas to come out of Ole Miss and all three of them were members of sororities. The latest was Susan Akin in 1986. Don’t forget Courtney Gibbs, Miss USA 1988. Whatever those Ole Miss sororities are doing, clearly they’re doing it right.

The Greeks of the University of Mississippi are also very environmentally conscious. Establish in October 2011, the Greeks Go Green on Gameday initiative is both a competition between Greek-affiliated organizations and an effort to raise awareness about recycling.

Future Miss Americas who recycle. What’s not to like here? 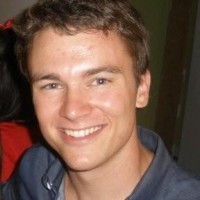 The Idiot’s Guide to Studying
Next Post: Embarrassing Stories: Caught in the Act