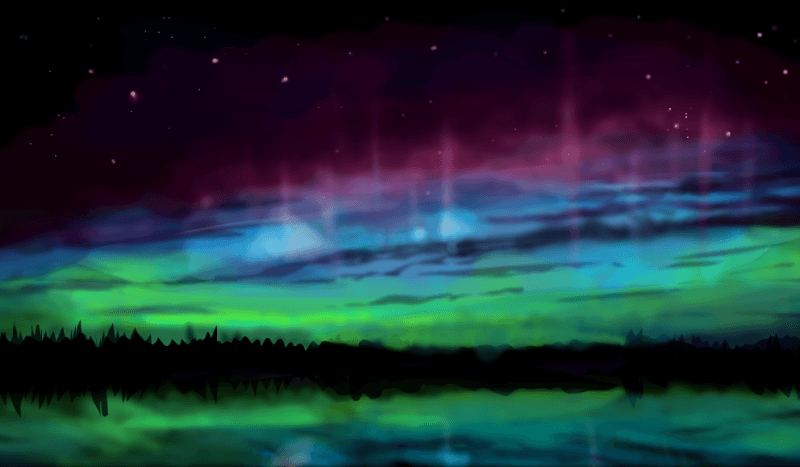 Physics explores the forces that affect every aspect of human activity, from a foot sinking into sand to the sun’s endless white-hot burn in a pale-blue sky. It takes life’s fundamental mysteries and attempts to uncover the secrets buried beneath them. Studying matter, energy and the interaction between the two, physics speaks to the scientific miracles we witness daily. For those who want to engross themselves in a science that spans across galaxies and sub-atomic particles, majoring in physics is for you.

Because physics deals with all types of matter, classes included in undergraduate programs vary significantly. Nuclear physics, geophysics and astrophysics all function independently of each other and thus require separate curriculums. Before narrowing your niche, some basic science and math classes are required. “In my final year of classes, I took electricity and magnetism, optics, mechanics, quantum mechanics, observational astrophysics, three separate advanced lab courses, a mathematical methods in physics course and a senior survey course on science in culture,” said University of Colorado alumnus Dr. Evan Smith, a researcher at the Ohio Air Force Laboratory. These classes prod students not just to learn, but also generate new knowledge.

1. “The best I can explain majoring in physics is to describe it as a crash course in everything science related. So with that being said, it has made me extremely adaptable to learning new things on the fly.” – Dr. Josh Webster, Florida State University, Interim High School Physics Teacher

2. “There’s no way that the major can’t prepare you for a future job. It’s not one of those majors where the knowledge is subjective and can be determined by the professor; the exact and precise science of physics will be applicable to anything and everything you do post-college. You’re really qualified for almost any career.” –Dr. Ron Weiss, University of Wisconsin-Madison, Post-Doctoral Research in Plasma Physics

3. “If your teachers are engaged and excited to teach you the material, you’ll want to go to class more than you’ll want to sleep in. You either love physics or you hate it; and chances are, if you love it, you’ll spend every day psyched to learn new information about how the world works.” -Dr. Evan Smith, University of Colorado, Researcher at Ohio Air Force Laboratory

4. “I learned to break down problems into their simplest and most fundamental components, so that I could understand things from a deeper perspective. This allowed me to excel in research, but I believe it also helped me in talking to others from different fields (such as engineering, biology, or even art) about their work and being able to have stimulating conversations about things which were at first very new to me.” –Amir Maghsoodi, University of Michigan Class of 2014

5. “Physics lets you travel through your research. This isn’t said that often, but between REUs (Research Education opportunities for Undergraduates), and foreign scholarships (such as DAAD, Erasmus Mundus, DoE fellowships, etc.) you can travel almost every summer. Physics lets you go to really cool places and do really cool things there.” –Bezia Laderman, New York University Class of 2013

6. “Small class sizes are generally nice because you have a better relationship with your professors. That makes it a more comfortable classroom for asking questions and getting clarification.” –Ekta Patel, New York University Class of 2014

1. “The thing to consider about the physics major is whether you’ll be taking classes at a large university or not. Being at a liberal arts school, I had less opportunities for research than had I gone to a larger school with a robust graduate program.” – Dr. Evan Smith, University of Colorado, Researcher at Ohio Air Force Laboratory

2. “The problem with the physics major at the undergraduate level comes from the depth of knowledge you’re required to have to be successful, and not just what is required to fulfill graduation requirements. Sometimes you’re required to learn and use various mathematical techniques that aren’t taught in any of the prerequisite math courses. So as a physics major, you’re urged to take extra math courses that aren’t required, but are very helpful to solving problems.” – Dr. Josh Webster, Florida State University, Interim High School Physics Teacher

3. “You may find it hard to narrow your specialty while taking classes. Because my physics program was such a broad, general curriculum, I was never inspired one way or another to go into a particular physics field and ended up feeling clueless after I received my degree. After a few internships and research opportunities, I was on my feet again, but that’s something to think about while you’re finishing the major, not after.” -Dr. Ron Weiss, University of Wisconsin-Madison, Post-Doctoral Research in Plasma Physics

4. “I didn’t like the level of pretension that existed among a portion of the physics community, where other disciplines were laughed at or ridiculed, and physics was seen as the golden major. This always seemed very childish and ignorant to me.” –Amir Maghsoodi, University of Michigan Class of 2014

5. “When you think back to what you learned in your classes, you’re fairly useless. You know very abstract stuff. It really is up to the student’s character if they can translate the concepts they were taught into critical thinking skills for unrelated tasks.” –Neil Sapra, University of California San Diego Class of 2015

6. “The percentage of women is one of the lowest of any fields, and this can often lead to negative attitudes towards you. It’s hard to navigate a system where you stand out like a sore thumb and learn to let what people say go, but finding good mentors makes it possible to get past that.” –Ekta Patel, New York University Class of 2014

As a geophysicist, you’ll delve into earth’s darkest mysteries and explore for oil, gas and minerals during site investigations. Chances are, you might even be employed at archaeological excavations to locate buried historical remains.

Yes, you can actually become one of these. Nuclear physicists study particles in an atom’s nucleus, working mostly in research for the electronics, aerospace, communications, energy and healthcare industries, as well as in research laboratories and government agencies.

Put on your best weatherman voice, because as a meteorologist you’ll research information about atmospheric conditions like temperature and pressure and how they create weather and climate.

Should you want to pass on your hard-earned knowledge to impressionable youths, these lecturers teach academic and vocational subjects to undergraduate and graduate students at univerisities.

Seismic interpreters combine the use of 2-D, 3-D and 4-D models with their geological knowledge to calculate the depth and outline of underground formations in order to estimate mineral or carbon deposits. Energy or mineral extraction companies use this data to make informed environmental assesments or analyze geological research depending on the work setting.

OK, so this one’s kind of a no-brainer, but your physics degree could be the first step toward discovering the next scientific law and living out the rest of eternity in infamy. Too much? Well, at the very least you can spend your career narrowing in on what interests you the most, learning more about it and sharing that knowledge with others. Embrace the nerddom!

I know it may seem like I’ve gone off the deep end, but stick with me here. Your degree in physics is going to provide you with hella skills in mathematics and critical thinking, making you an ideal candidate for a career in finance. Not to mention that the money is good.

It’s another career path that zeroes in on that math knowledge and analytical cred. By graduation you’re going to be a pro at making sense out of seemingly abstract numbers, exactly the skill set you’ll need to rock it out as a statistician.

With the ever-expanding digital age, you’re going to be grateful that your physics degree gets you an in with the computer industry. Think about all the ways technology tries to simulate real life—someone has to crunch those numbers to figure stuff out. You can be that someone.

Freaking outer space. You can literally make a career out of observing and collecting data about the universe. Since space is so dang big, you can (and likely will) choose a specialization to focus on. Be the guy that knows everything about black holes or the girl that’s an expert on the milky way and prepare to impress everyone you meet. 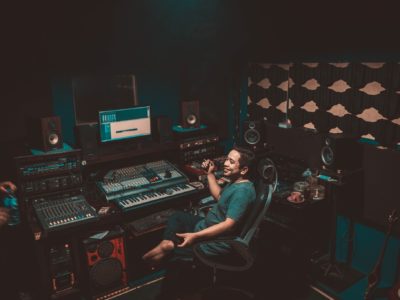 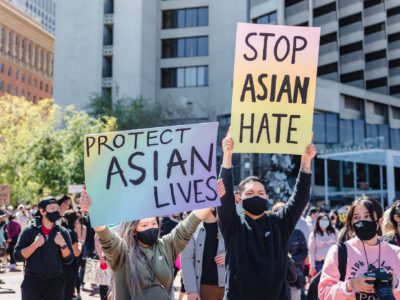 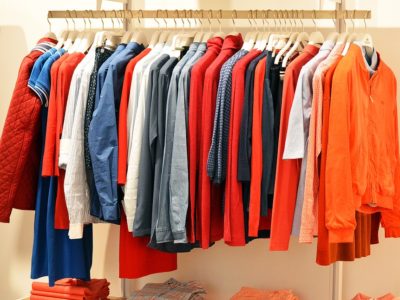 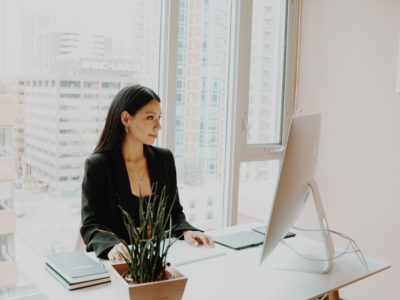 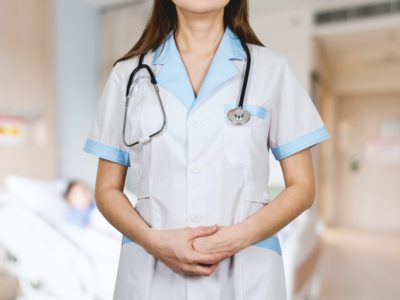 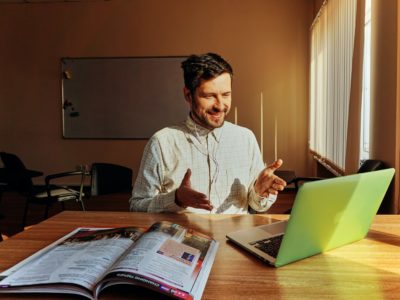 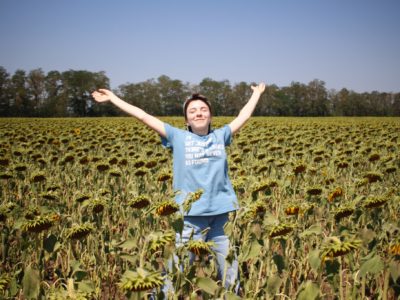 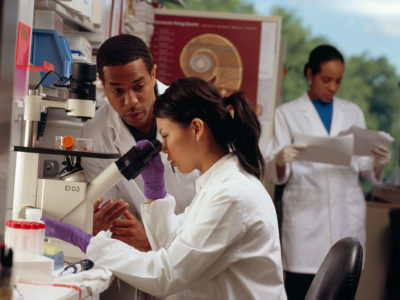 Previous Post:Why I’m Not Sad About the Door that Closed
Next Post:The Pros(e) of Being an English Major