Shop now
Home » Latest Posts » From Chemistry to Physics: When’s the Right Time To Have Sex?
Hooking Up Life

From Chemistry to Physics: When’s the Right Time To Have Sex?

â€œSexâ€ is a loaded word. Personal experiences with love and lust get thrown in the mix and soon enough everyone has a different opinion of it â€” who you should and shouldnâ€™t do it with; when you should or shouldnâ€™t do it. But whether you think sex is a big deal or not, it hopefully still means something. And if it does, you, like most of us, take a moment to decide if the time is right to have sex with a particular person for the first time.

One thing is pretty obvious: it needs to mean the same thing to you as it does to the other person. Otherwise, youâ€™ve made a mistake,. But college students often find themselves wanting to do the dirty with others who arenâ€™t on the same page. This leads to problems, hurt feelings and orgasms you regret the second they pass.

â€œI think that you should only have sex with people when you can justify it to yourself later.Depending on what that reason is it could be different,â€ said Raine Blunk, a junior at Savannah College of Art and Design. â€œIt could be because you love them; it could be because you wanted to get off. As long as you know why you are doing something, that should make it an okay reason.â€

But â€œknowing what you wantâ€ can be pretty d*mn difficult. All of us, myself included, enter the sex and dating game with preconceived notions and rules for what sex and relationships should be and how they should play out. But the sooner you trust your intuition, the sooner youâ€™ll figure out what it is that you want â€” and whether you are emotionally ready to take things all the way.

â€œIn my experience, I have waited for a while with each relationship before progressing to a physical level. However, none of those worked out very well,â€ said University of Texas at San Antonio senior Amber Gonzalez. â€œIn my last relationship, we progressed to a physical level as quickly as on the second date. Now we’re getting married next March. So in my opinion, if the chemistry is there, it’s just there.â€

Unfortunately, not all of us are smart enough to distinguish between real chemistry and plain horniness. Sometimes the timing is off and people rush into things. And no, Iâ€™m not talking about drunken adult sleepovers that spill over into lunch dates. Iâ€™m talking about when people want an emotional connection so badly that they convince themselves, for about 20 minutes or so, that sex is the same thing.

The easiest way to slip up is by having sex too soon into a relationship, especially if youâ€™re not even sure that date or drunken hookup will turn into a relatioship. This isnâ€™t always the case though â€” things worked for out for Gonzalez. But even though more members of our generation take the waiting out of it, that doesnâ€™t always mean itâ€™s any less important. 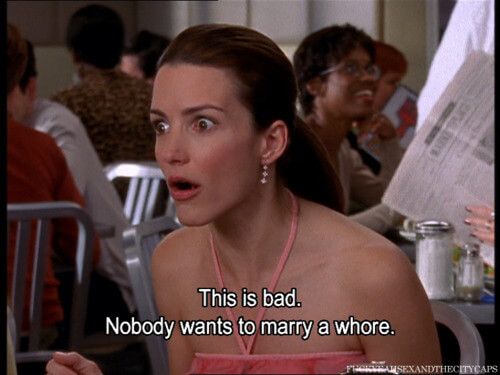 Some people can take the emotion out of sex, which isnâ€™t necessarily a bad thing. In fact, it might be a good thing. It allows people to be more honest which, if both partners understand, ensures that no one winds up being used.

Â The one thing sex should never be is unsure. You know deep down when the feeling is right, and for the right reasons. It is impossible to explain because â€œrightâ€ means something different to everyone. But all it takes is finding someone who thinks about it the same way you do. From there, itâ€™s all smooth or rough sailing, depending on your preference.Â Â Â