Home » Latest Posts » Back To The Mixer

Back To The Mixer

“I’m actually going to a university!” I said to myself upon receiving my Florida State University acceptance letter. I mean, football games, cool events, a bigger city–who wouldn’t be excited? And yet, the prospect of a flourishing college social life came with a catch: I couldn’t remember the last time I formed a coherent sentence to a stranger.

Yeah, that’s the kicker–I’m shy. I clam up. I’m so afraid to say something stupid, how could I possibly function in a college environment? I’m the guy who sits in the back of class and tries to make sure I sit between two empty desks, fearing the day a fellow classmate asks me to lend him a pen.

Let’s say I’m at a mixer or something; they have a big bowl of chips and dip there, and I haven’t eaten in two days. I attack the bowl and spill dip all over me. Now I resemble a French onion flavored Swamp Thing trying to talk to someone about the mythology behind Angry Birds. My dialogue partner looks horrified. I look at more confident people and just marvel at their ability to converse without any blunders.

My dorm held a meet and greet event and my RA let me know about it. Of course, the only words I managed to force out of my mouth were “I’ll bring the noise.” I’m not even sure what that meant, but he didn’t confront me about it.

Finally, I had a chance to connect with these people and make a friend other than my Frankenstein bust that doubles as a piggy bank. So I went over every possible thing someone could say in my head, responding out loud. “Hey you don’t happen to know what day Marty Mcfly went to in the future do you?” Maybe I should’ve tried more realistic conversations.

That day was huge for me; I wanted to break that mold and to make some new friends. I read somewhere that asking about the interests of the person in conversation keeps them engaged. Plus, she does all the talking.

I planned to just add the word “Why” before whatever subject she said she enjoyed. “I like that couch!” and I’d say “Why couches?” Foolproof. I dressed as inoffensively as possible, gave myself a pep talk and walked into the common room with my heart pounding in my chest.

Potential friends filled the room. Several sat on the couches in an intense debate, yet everyone in that area wore smiles. I glanced at the table full of food including chips and dip and started to feel a Swamp Thing scenario going on, so I decided it best I stay away from there.

A group of people stood in front of the switched-off TV. I lurched my way to that area, feeling lightheaded; I felt like I was about to jump out of a plane. Approaching the group of people that hovered around five to six individuals, I heard someone talking about his surprise at the food they provided here. I walked up to that group and took a deep breath. Here it comes: “Why this food?”

The woman who said it turned to look at me. “I don’t know, usually there’s pizza or something. Maybe they just forgot this time.”

That’s all? As much as I practiced and that’s all I came up with? Everyone looked at me for some kind of response, but I knew I’d disappoint them. A guy standing in the circle chimed in, trying to save the awkward silence, but it proved too late for me. I guess I’ll never be a social butterfly.

As I walked to the couch, a million lines ran through my head about what I could have said. Eventually, I settled on not caring anymore. Why bother? I’m a fun guy—maybe that’s enough.

I plopped down on a couch across from some guy on his phone. I looked at my phone as well, trying to forget my mission. The Batman comic book pulled up on it from earlier stared up at me. A voice behind me interrupted my thoughts. “That was a great issue.”

“It’s my favorite, have you read the whole story?” I said.

“Never the whole thing, just a few issues here and there,” said the interested party.

“I have the volume if you’d like to read it?” What’s happening here? What am I doing?

“Yeah, if you don’t mind I mean,” the person said.

Easily the most accidental “Boom, nailed it” moment  I’ve ever had. I felt like my gut was rolling in ghost peppers. Maybe that feeling is worth it though; a three sentence conversation with someone not related to me felt good.

Let’s be honest–this probably changed nothing. I’m still as awkward as I was before the meet and greet, but at least now I know it can be done. I wonder if FSU has a Batman Fan Club. I mean, as far as my new friend is concerned, I’m the Dark Knight Authority.

Joseph is a Junior at Florida State University studying Creative Writing. He likes not sleeping, Comics, and is usually found in a movie theater. 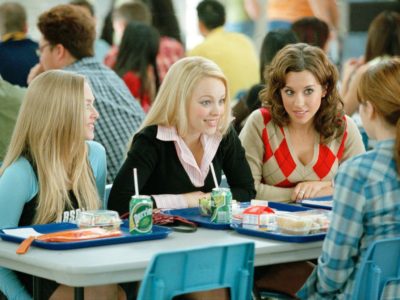 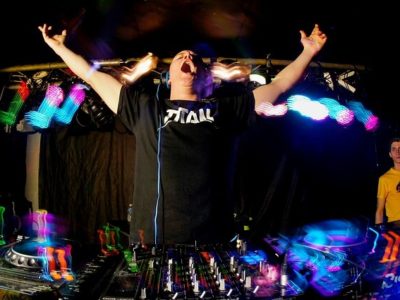 21 Songs to Rock Out to on Your 21st Birthday

Move Over Hermione, This Is My Magical College Adventure
Next Post: Why Swiping Right Led to Mr. Right