Shop now
Home » Latest Posts » So You Want to Become a Congresswoman?
50 by 2050 Politics

So You Want to Become a Congresswoman?

After the results of the 2016 election and its disastrous implications for the future of women’s rights, we need more women in congress more than ever. How is it that a demographic that makes up 51 percent of our population only makes up 20 percent of its Congress? Fortunately, we, as members of a democratic society, have the power to do something about these issues. We talked to Erin Schrode, an environmental activist, who ran for congress last year at 25, and A’shanti Gholar, political director of Emerge America, an organization aimed at training women to run for elected office, about how you (yes, YOU) can change this statistic by becoming a powerful woman leader.

Ready to Take Action? Here’s How to Become one of the powerful women in Congress.

The Constitution of the U.S. outlined that to run for congress, all potential candidates must:

According to Ballotopedia, the additional requirements to run for congress include a “statement of candidacy,” filed once the campaign has either spent or received $5,000. With this candidacy statement, the campaign can legally raise money for their candidate. Finally, the committee must submit a statement of organization to the Federal Election Commission, while all other requirements for running are determined by state level.

Even if you can’t run yet, you should start getting involved in your local community. “Politics is local,” said Schrode.”[Before I ran for congress] I was working for over a decade on issues of policy that related to our demographic in my hometown.” This gave Schrode a better understanding of the legislative system, which helped during her campaign.

Gholar offered other suggestions to gain insight into the political system. “Run for student government. Become a leader in any of your women’s organizations on campus, go and work on a campaign [or] work on various roles in that campaign and see what you like,” she said. “Doing different things is going to let you know ‘this is what I’m really going to be strong at. These are the areas where I may need more assistance.’”

Surround Yourself With Knowledgeable People

Nobody can run a successful political campaign by themselves. As a newbie, you’ll need to surround yourself with the right people to help you navigate this process. Schrode got in touch with these professionals by expanding on her existing network. “In that 11 days between [deciding to run] and the filing deadline, I spoke with a lot of people and a lot of mentors and friends and friends of friends who put me in touch with politicos and with strategists and with people who do have that experience,“ she said.

As Gholar pointed out, you can use your local activism or experience on other campaigns to build this network and support for your own. “By getting involved in your community is you’re getting yourself out there, you’re getting your name out there, people know who you are,” she said. “When you do decide to run for office you will have this built in base who you can go to of people in the community who have seen you around, who know your commitment to change and wanting to make a difference.”

One thing Schrode would do differently after her 2016 congressional run? “I’d start sooner,” she said. Communications Director for Emerge America, Allison Abney, noted that although the time frame varies depending on the position, most campaigns should start at least several months to a year prior to the race.  “We have a woman in our Emerge Virginia class that just announced she is running for Congress. Her primary for that race won’t be until mid-2018 and the election won’t be until November 2018,” she said.

In addition to a strong support network, a successful campaign requires funding and name recognition, both of which take time. If you wait too long, even hard work won’t help you fully recover from your lack of time. As Schrode discovered, not having the time to get your message across and earn name-recognition can have an effect on voter turn out. “The most common question I was asked is ‘Erin, why don’t I know you’re on my ballot?’ And that hurts as a candidate when people say they would have voted for you had they known, so start early and build that base.”

From an early age, society teaches us to stay modest. We learn to equate discussing our accomplishments publicly with bragging and that asking people for money is a faux-pas. However, being a political candidate inherently requires you to go against these ideas.

According to Gholar, most of the women in Emerge America’s training program struggled with fundraising and public speaking. “A lot of the women…have never had to get up and speak in front of an audience; they’ve never had to deliver a stump speech on a campaign trail; so they have to work through all of those nerves of getting up and speaking in front of people and selling themselves, and taking about themselves and why they are the best candidate in the race,” said Gholar.

How will you ask others for money without making it awkward? “We let women know that you’re saying to people ‘make an investment in me.’ I’m running because I know I’m the best person for this, and with your donations and your support this is what I will do,” said Gholar. After all—you’re qualified AF and you know it. Time to let others know as well.

“I think the biggest misconception women have is that you have to be asked to run for office. You don’t need anyone’s permission to run. You just have to do it,” said Gholar. Schrode echoed this sentiment, which particularly resonated when one of her close friends gave her this advice: “Sure there are a million reasons why you could wait, but why not run while you wait. “

You wouldn’t hesitate to apply for your dream internship, so that mentality applies here as well. “We wait for someone to deem us ready to put up on that pedestal rather than earning that respect rather than rising organically or seizing the moment and the opportunity,” Schrode said. “Why wait for someone to say now is your time? Why not decide it is your time? I encourage all women to challenge and push back when people say that you’re not old enough, you’re not smart enough, you don’t have enough experience. You have perspective that holds tremendous value.”

Ready to set up your office on Capitol Hill? Let’s get your name on that ballot. 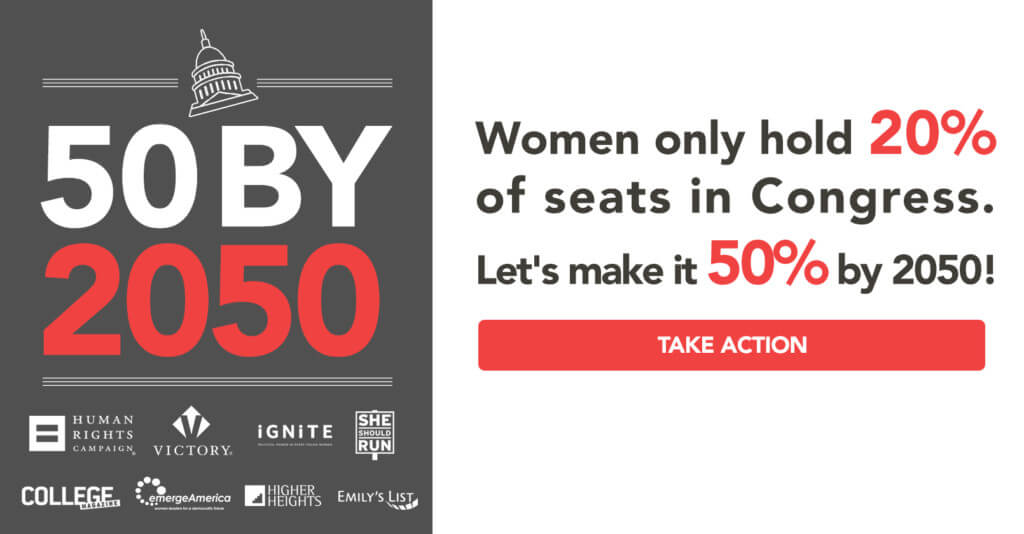 Sophie is a sophomore at Wesleyan University. She is double majoring in English and American Studies. Aside from writing, she enjoys photography, watching movies, and playing with her dog.