You are here: Home / Politics / 7 Comebacks that Trump Every Trump Supporter

Welcome, Trump supporters. Today we compared what Trump promises to what he actually said.

Get ready to welcome our next president with a reality check. When people celebrate Trump’s new reign of power, don’t counter them with “he’s never going to last.” Instead, hit them with someone they’ll actually listen to: Trump himself. As SNL cheekily put it, when people ask you why you support Trump you tell them…

Trump said: “Now this poor guy, you ought to see this guy.” (Mocking a disabled NYT reporter; Source)

Your comeback: America, the melting pot, the land of… acceptance? “People say Trump will ‘Make America Great Again.’ But I can’t think of a time when America was greater than it is now,” Wake Forest University junior Maya Menon said. “We have advanced so much socially and economically. America, in my opinion, is great now,” Menon said. “But just because we have a long way to go does not mean we aren’t moving forward now.” Is Trump really going to push this country in the direction it needs to go to turn “great” to “best”? Or is he just going to make sure straight white males don’t slip from power?

2. Supporters say: He listens to the people.

Trump said: “If you see somebody getting ready to throw a tomato, knock the crap out of them, would you?” (Source)

Your comeback: Name one time when Trump responded politely to someone who has questioned him. Constantly shaking his head, interrupting Clinton with a pout and a scratchy, “wrong” from the other side of the debate stage don’t show very good listening skills. As he holds the title of POTUS, keep your opinions to yourself or watch out. You might just get the crap knocked out of you.

Trump said: “When I am president, it will always be America first.” (Source)

“When was the last time anybody saw us beating, let’s say China, in a trade deal? I beat China all the time. All the time.” (Source)

Your comeback: He’s already managed to misread China’s currency system. So Foreign Policy 101? One class our president elect seems to have skipped back at school.

Trump said: “[Hilary Clinton] said, ‘Maybe you didn’t pay taxes.’ And I said, ‘Well, that would make me smart.’” (Source)

Your comeback: “He has ran at least four businesses into the ground and used Trump University to scam the most vulnerable of society,” Jake Orvis, president of College Democrats of Georgia said. “It goes to show that with a ‘small loan of one million dollars’ one can game American bankruptcy law and take advantage of struggling Americans,” the Georgia Tech junior said. He understands business? More like he knows how to #FakeItTillYouMakeIt.

Your comeback: If he achieved the American dream, will he help you too? “Sure, Trump has achieved the American Dream, if you consider [the American Dream to be] receiving a million dollar loan from his father and being born into a well-to-do family with a secure social safety net,” Wake Forest University senior Sebastian Ivory said “Additionally, Trump’s 17 cabinet appointees have a combined wealth higher than one-third of Americans. Including Betsy DeVos, who is worth over 5 billion dollars, and Wilber Ross, who is worth nearly 3 billion,” Ivory said. I hate to say it, but I’ve seen smarter cabinets at IKEA.

6. Supporters say: Nobody “owns” him

Trump says: “I think I’d get along very well with Vladimir Putin. I just think so.” (Source)

Your comeback: We don’t know how big an influence Russia’s hack and release of Clinton emails was on the American public. Some say it didn’t matter anyway; others say Russia’s got our POTUS in their pocket now.

Trump says: “I was against going into the war in Iraq.” (Source)

Your comeback: You can act like the man himself and ignore the fact checking during debates, the articles listing his lies and his rating on Politifact (a website that fact checks politicians’ statements for accuracy), but the odds are stacked against you. There are digital records, via Twitter (Trump’s favorite social media) and video interviews showing his evidence against his own words. In fact, Colbert was able to have his own debate–Trump v. Trump–with all the contradictory things Trump’s said. 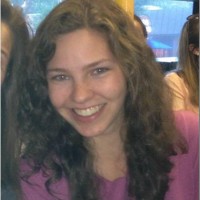 Kristen is a Senior (or fourth year, as we call them!) at the University of Virginia, studying Art History and Media Studies. She loves modern art, walking around New York and fancy cheese.

CM’s Guide to Gettysburg College
Next Post: CM’s Guide of the University of Pennsylvania