You are here: Home / Advice / When Failure Made Me Kinder to Myself

“Did you know that you sleep a lot because you’re depressed?” I was falling in and out of sleep on the couch and my friend’s question jolted me awake. That night, my friends and I were having our monthly meeting, a tradition that we do to keep ourselves sane during the pandemic. We all have one thing in common— we were separated from our families because of the pandemic.

Due to stress, I slept more than I usually do in the last six months.

We all went to college away from our hometowns. When most of our peers were quarantining with their family, my friends and I were quarantining alone with no way of going home. My family lives 14,000 km away and the 15-hour time difference between us makes me feel more separated from them.

After a year of the pandemic, living alone was starting to become more difficult. The lack of human interaction was starting to affect me mentally and I was slowly struggling to stay motivated in school.

As a recent transfer student, I felt like an impostor in my classes and never setting foot on campus made it harder for me to identify with my new institution. Indeed these were my struggles as a person transferring during the pandemic, but little did people know, I was also having a hard time with something else.

I was struggling with my fear of failure.

After I transferred to UCLA, I was adamant to secure an internship, a campus job or a research opportunity. I knew I only had two years in university before I graduated and entered the workforce, so I had to immediately hit the ground running. I needed to be ready for my field once I graduated.

In October of 2020, I was invited for an interview for my campus dream-job as a technical writer. A week later, the interviewer sent me a courtesy email saying I did not get the role. I was undeterred. I continued applying and immediately my life was caught in a blizzard of resumes and cover letters.

In early January, much to my surprise, I was invited for an interview as an editorial intern for a New York-based organization that I always aspired to work with. I jumped around my room, happy that living alone allowed me to scream at the top of my lungs without my mom banging at the door. Two weeks later, I received a rejection email.

I blamed myself. I felt as if I had blown the opportunity of a lifetime.

The pattern continued and by May, I lost count of the number of applications that I had turned in. As my friends and peers were getting internships, my summer looked vacant. I was starting to feel tired and unhappy, which began affecting my schoolwork and performance as a journalist for my university’s newspaper.

Not wanting to feel bad for myself, I pushed myself harder. While other news reporters were taking off during spring break, I wrote two articles for my university’s newspaper while working on another longform piece. In the spring, I decided to take 24 units out of a maximum of 19 in order to be able to graduate with two minors. Instead of feeling accomplished, I quickly felt burned out. It was as if the harder I tried and the more I failed, the more anxious I became.

“Did you know that you sleep a lot because you’re depressed?”

Currently as I am writing this, I think back to my friend’s question. “Did you know that you sleep a lot because you’re depressed?”

Honestly, I don’t know the answer to his question. Do people struggling with depression really sleep more? One thing I was sure of was this: I never told him that I was struggling. Nonetheless, my friend was able to see through my facade— a simple act that showed that he cares. And to me, that mattered.

I still live alone now. As the country slowly reopens, bringing the long-lost feeling of normality with it, my summer still looks quite empty. I still do not have an internship or a job, but I learn to hold the simple things close. From old friends asking the occasional “How are you?” to my parents nagging me to eat more, I keep these interactions close as I remind myself that I am neither alone nor a failure.

“Did you know that you sleep a lot because you’re depressed?” I’m not sure. But I do know that nowadays, I sleep more because I want to be kinder to myself. 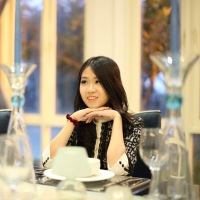 Rania is a senior at UCLA studying English with a minor in Professional Writing and Global Health. When she’s not writing you can find her reading YA novels or exploring Southern California.

10 LGBTQA+ Music Artists to Celebrate for Pride Month
Next Post: 10 UMass Amherst Accomplishments That Have Nothing to Do with Sports