You are here: Home / Life / Money / What Will the Future of Using Bitcoin As Currency Look Like?

Early this January, the infamous cryptocurrency Bitcoin surpassed its previous all-time-high to shatter records and shock investors. The price of a single Bitcoin rose from less than $5,000 in March 2020 to over $40,000 in January 2021. This intense hike in price led investors around the globe to realize that everything that people originally thought about Bitcoin may not hold true. Many people now say that Bitcoin could potentially go head-to-head against currencies like gold, or even the dollar itself, as the main currency backed by nations worldwide. What caused this seemingly random spike in value and what does this mean for the future of Bitcoin, along with other cryptocurrencies?

Read on for more information on the infamous cryptocurrency Bitcoin.

Bitcoin (BTC) is a cryptocurrency created in 2008 by a group/person called Satoshi Nakamoto, a pseudonym, since the true identity of Nakamoto remains unknown. Bitcoin is a digital currency with no centralization in regard to banking locations. This means that Bitcoin can be sent directly from one person to another in an online transaction, without any mediation from a bank or any other company.

The fact that Nakamoto kept themself hidden mostly likely benefitted them in various ways. However, the biggest issue with Nakamoto’s anonymity would lie in the fact that when they completely vanished, they took one million Bitcoin with them. Only 21 million individual Bitcoin exist in the entire world—and Nakamoto has one million of them. This means that if they ever wanted to, they could sell their shares of Bitcoin at whatever pace they want. If this happens, especially if Bitcoin continues to grow higher and higher in price, it could cause a crash in Bitcoin altogether. The more Bitcoin grows readily available to the public, the less valuable it becomes.

In its early years, Bitcoin appeared as an incredibly risky investment with no guarantee of any sort of reward. Over time, Bitcoin slowly became used on much more of a regular basis and by more mainstream companies. More recently, Bitcoin proved itself as a promising investment, with its continuous rapid growth every day.

How to Acquire and Use Bitcoin

As an official form of currency, customers can use Bitcoin to pay for their various needs, whether they include food, items purchased online, or gift cards to use at stores in person. While a lot of recognized stores and restaurants do not directly accept Bitcoin as a form of currency, many created ways to pay with Bitcoin. One of these ways includes paying through a third-party platform that converts the currency appropriately and then distributes it back to the vendor. At the same time, more and more companies begin to plan how they will accept Bitcoin from customers, whether through third-party or directly themselves.

“I read somewhere that the first purchase ever made using Bitcoin was for a pizza that cost 10 thousand Bitcoin. That would have been equal to the price of a pizza at the time, so probably around 20 dollars total. Today, that same 10 thousand Bitcoin is worth over 300 million dollars, if that helps to put things into perspective at all,” Western State Colorado Senior Lucas Shire said.

Multiple ways exist for one to acquire Bitcoin with the first being the simplest: purchasing it from a broker that sells cryptocurrency. Brokers that sell Bitcoin include Robinhood, Binance and Coinbase. The longer, more tedious way to earn Bitcoin lies in a process called mining, where one audits previous Bitcoin transactions and for this gets rewarded with Bitcoin of their own. This process holds quite a challenging, as it takes the necessary equipment to mine bitcoin in addition to the knowledge of how to do so.

Bitcoin’s Worth Shoots to 40K

In 2020, Bitcoin’s price started off at around a solid $9,000, which then dropped to just over $5,000 in March. However, by the end of December 2020, the price of just one Bitcoin skyrocketed to almost $30,000, an increase of over 300%. Since then, the price of Bitcoin did not stop rising in the slightest. Many experts believe that the cause in the price spike most likely arose due to the fact that more money flows through the United States thanks to stimulus checks people received.

“I remember when people first started talking about Bitcoin, I had no idea what anyone was saying. Years later I come to find out that it’s now worth 30 grand a pop. If I’d known that it would be worth this much, I would have spent a month’s salary on it,” Temple University alumnus Earl Cassidy said.

The first few days of January 2021 saw Bitcoin blow past 30k. By January 9th, Bitcoin reached $41,000, making it the world’s seventh largest asset, higher than both silver and gold. The spike led to mixed reactions from successful investors, with chief strategists at JP Morgan theorizing that if Bitcoin continues to increase at the speed that it recently achieved, it could potentially reach close to $150,000 per one Bitcoin. This occurrence would solidify Bitcoin’s standing as one of the most valuable assets to ever exist. Bitcoin’s overall value would approximately sit around 3 trillion dollars compared to gold which costs 7.5 trillion dollars overall, not bad for a cryptocurrency that was once called a scam by many.

Others assure that Bitcoin’s rise will reveal itself as just another bubble, similar to the dot.com bubble seen in the early 2000s. This crash in the stock market happened because of the interest in internet companies and the expectation that they would become the next big investment. When people started to invest, the prices of most companies began to rise. This led to those who were making money on their investments to sell their shares, causing a massive crash in the market. Bank of America recently wrote that Bitcoin’s current rise proves it to be the “mother-of-all bubbles.” The term bubble refers to when a stock soars to an enormously high price, until it “bursts” when the price crashes back down to potentially lower than before its rise. David Garrity, chief executive officer at GVA Research LLC even said that Bitcoin’s price could drop to $5,000 at some point in 2021.

The Future of Bitcoin

Bitcoin’s recent bull run has proven the cryptocurrency a real contender as a possible widely-used currency in years to come. Some investors believe that they could see Bitcoin’s destiny as a “hedge against inflation.” They claim this due to the fact that such a limited supply of it exists and because that supply does not change when the price of Bitcoin changes. Even so, it still remains important to consider the fact that Bitcoin’s rise matches those of multiple other bubbles. Even if it takes some time to burst, the chances of Bitcoin crashing may still prove rather high.

“Now that we saw Bitcoin’s potential, we know that this could go one of two ways. First, Bitcoin will possibly go up a couple thousand dollars more before it completely crashes. Or the price of a Bitcoin likely could go higher than anyone ever imagined and if that’s the case, count me in,” Philadelphia Community College sophomore Dwayne Whitely said.

For now, we must continue to watch Bitcoin daily and see which path it decides to take. While as of today a single Bitcoin costs over $30,000, anyone can invest in any percentage of the currency and still make money on their investment as the overall price of Bitcoin rises. Though the future of Bitcoin may not seem totally certain, it can’t hurt to try to at least make some money in case Bitcoin does indeed continue to grow at the rate it recently did. 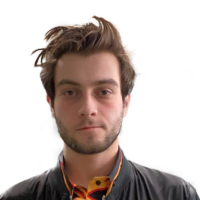 Finding Yourself Through Professors and Pandemics
Next Post: CM’s Guide to St. John’s University-Staten Island Campus