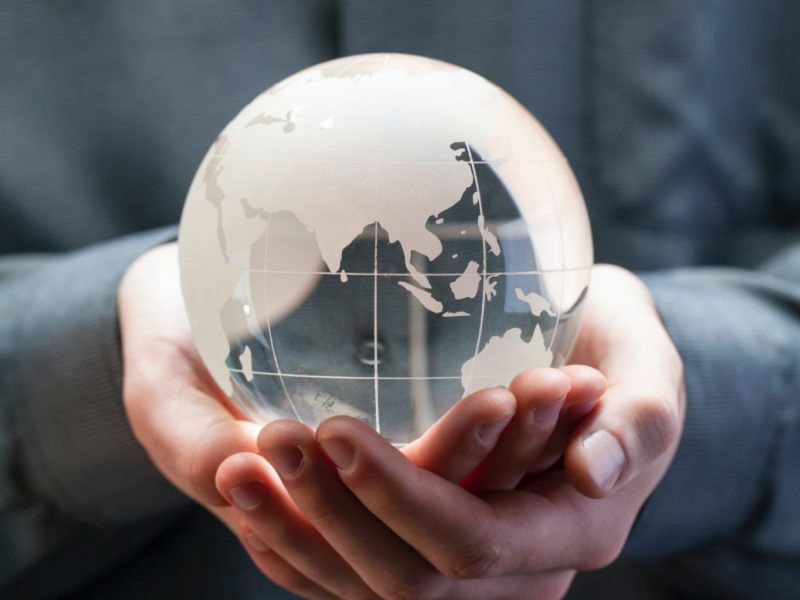 What if ICE Regulations Against F-1 Students Went Through?

As Fall 2020 classes approach, many students and professors face uncertainty for what’s to come in the first part of the academic year. Colleges and universities need to adapt new measures for securing the safety and continue to reassure classes commence without a problem. Since most students still find it risky going on campus, online classes aspire to become mainstream in the Fall 2020 semester. However, for international students (people with an F-1 student visa), choosing to enroll in online-only classes may even mean deportation. On July 6, the Immigration & Customs Enforcement (ICE) modified exemptions for F-1 students. The ICE policy states F-1 students cannot enroll into a full online semester, or they shall return to their home countries. In other words, F-1s need to go to in-person lectures during a global pandemic infecting millions, exposing them to the virus and possibly contaminating their families and friends without knowing it.

Luckily, the Trump administration reconsidered its decision and abolished the policy.

However, what if ICE regulations against F-1 students went through?

To begin, international students serve as a huge source of income to the U.S economy. “International students represent almost a 5% of the 20 million people who currently attend American colleges and institutions,” Vice Provost for International Education at the University of Maryland – Baltimore County David Di Maria said. If ICE regulations had stood up to now, American universities and colleges would banish almost a million people nationwide. In addition, COVID-19 brought a shortage of employees and job opportunities, for some employers had to fire their workers due to the lack of budget.

Moreover, universities and colleges would not only lose their international community, but the money earned from the high tuition and fees F-1s pay as well. In addition, the benefits international students bring to labor and employment remain countless. “International students pay a higher tuition than any other status in the United States. According to NAFSA in 2019, we contributed with nearly 41 billion dollars and supported 480,290 jobs,” Montgomery College Venezuelan F-1 student Jose Daniel Salvador said. One of the most influential benefits coming from having F-1 students appear through internships based here in the U.S., most of which aid American
citizens and enterprises along their path to success.

A lose-lose deal nobody wants.

Second, as most students prepare for a new semester, most of them currently sign new leases, rent flats, or choose their schedule. Suddenly, the ICE policy throws international students’ plans into total turmoil. Moreover, if ICE regulations against F-1 students went through, students would terminate their path for their H1-B visas or even green cards and return home. If you seem unfamiliar with the process, F-1 students need the obtention of an internship, where students search a sponsor to apply for their H1-B or work visa. This visa allows American employers to legally employ foreign workers. After receiving sponsorship along with the H1-B, the student and the company where he or she works pursue the student’s residence or the obtention of the well-known green card. After the green card, the international student loses his or her F-1 status and officially becomes a United States resident. Nevertheless, easier said than done.

Every non-resident alien knows the harsh process of ensuring residency, let alone citizenship. Due to COVID-19, international students struggle for finding sponsorship from an American company. Therefore, obtaining a work visa seems unreachable. Aside from the questionable decision, the 10-day time span proposed by ICE forces international students to sell everything, cancel all their leases and contracts and find a flight back home. “My journey to the U.S.A. has been rough not only for the language, since I do not have a fast Internet connection back home and there was a lot of crime in the neighborhood back in Quito [Ecuador]. When the mail about ICE arrived, I was so disappointed that they blamed us, instead of aiding us,” Florida State University Ecuadorian international student Siboney Godoy said. “I think that ICE measurements came from their hate to diversity. We have not come to harm this country, but to work hard for achieving our success and make our dreams come true.” Years of progress crushed due to unusual circumstances like a global pandemic.

How fair would it be?

Third, since the world currently suffers from a global-scale virus, many countries closed their borders to the United States. Nobody can leave or enter a country unless of emergency cases. “I do not think the decision was logical. The logical decision would be to allow all of us whether currently in the U.S. or not to study online without endangering our visa status,” St. John’s University Polish international student Daria Wilk said. “The original decision was not the easiest solution; it was a solution that aimed at international students.” Thus, how can international students find a plane ticket in 10 days, when other non-F-1 students want to leave as well?

How can they afford the cost of a plane ticket now, when they already pay three times more tuition than a citizen or resident? “We are often not eligible for many federal assistance programs and scholarships, so we are often paying more than if we would be American citizens,” Wilk said. “We also have limited work and paid internship on F-1 visas, so if we get one we are paying both federal and state taxes” Even if F-1s make it to their home countries, how could they come back if their visa expires?

Such a decision demands a deep thought regarding many factors. For instance, consider the tense diplomatic relations the United States has with some countries like Iran or Venezuela. “Visa services at the U.S. embassy in Venezuela are currently canceled, so we would need to go to Colombia to try getting our visa back again,” University of Baltimore Venezuelan F-1 student Cristina Pereira said. “However, going to Colombia does not guarantee we will get our visa, most likely will be denied due to the current circumstances.” In a time where traveling undertakes a high risk, the international student community was united against injustice along with the support of most colleges and universities.

Finally, since many schools moved their lectures online to ensure the safety of their students, schools like Harvard and the Massachusetts Institute of Technology decided to act against the ICE announcement. According to the Business Insider, these universities defended their international student community by filing a lawsuit against ICE. In addition, other universities such as the University of Southern California solidarized with the international community and even offered free in-person classes for maintaining visa status.

As a result of receiving more lawsuits from other universities, the Trump administration revoked ICE’s decision. “I am from Venezuela, so since the U.S. is an epicentre of the virus, I cannot go back to my country. It would be a disaster for me,” Salvador said. “Additionally, I felt that my life and future were on the edge of a mountain as the regulation was very unfair to every single international student in the U.S.” The resilient quality of American education allows many students, resident and non-resident aliens, to aspire for greatness and accomplish their dreams. If the ICE regulation had gone through, international students would not only disapprove of the current administration but also of the place where they met wonderful people and the place they felt like home for some years.

FacebookTweet
Back to School Politics

Previous Post:Making the Most of a Summer Day in Boston during COVID-19
Next Post:Undergraduate Research 101