You are here: Home / Intern / The Rebound: Making the Most of Internship Mistakes

Have you ever tried so hard to succeed that you ended up making a major mistake? Thankfully, in the case of internships, mistakes are (mostly) expected. We’ve all experienced the anxiety that comes with screwing up at work. It’s a terrifying thing to do when you feel like everything is riding on your success. But, what you think may have cost you a chance at making it in the career world may end up being a hilarious story to tell your kids. Even after a rocky start you can still bounce back. Don’t believe me? Check out some stories from UW student interns about their past mistakes and what they’ve learned from them.

“Last summer I worked for a general contractor in Chicago. I was given a project to estimate that was an interior renovation for a small security company called Flashlight Security in the Willis Tower. I was just finishing the estimate after about a day and a half of work when they sent me over a revision of the design. This meant that I had to go back and redo all of my work. Me and my boss had begun calling the project Fleshlight because we were getting a little annoyed with all the revisions. The next time I got a revision, I replied back to my boss saying ‘Fleshlight needs to make up their mind!’ and hit send…I had hit reply all! I was mortified; I ran into my boss’s office where I found him laughing hysterically. He said he would take care of it. While everything turned out okay, I will never hit the reply all button again.” — Sam Johnson, Fifth Year Senior

“It was my first internship ever. It was an accounting internship, and I had only taken an introductory accounting course. My manager had me enter in certain transactions into QuickBooks, and I had no idea what to do. So, being a 19 year old prideful sophomore, I decided to wing it and put the transactions into this completely new software and hope I was doing it correctly. Obviously, when my manager came to check on my work she noticed that I had done practically all of the entries wrong. While this wasn’t a huge mess up, it definitely was not my best first impression. The internship definitely went better after I established a better relationship with my manager and asked clarifying questions.” — Claire Barnes, Senior

“I was working as an intern at the capitol for a state representative. I got a call from a senator letting the representative know about a hearing she might want to attend. I took down the call on a notepad, but then forgot to put it into the rep’s calendar. Two days later, I had to take the call from the hearing room asking where the Rep was and had to admit to forgetting to add it to her schedule that day. It might have been easier at the time to pretend it was another intern that took the first call, or pretend they gave me the wrong info, but in the long run it was better to admit that I had been at fault and own up to a mistake I had made. While a staffer above me was upset, and the representative missed that hearing, it helped me find courage and ownership to admit my fault. I continued to intern there for another year and a half after that.” — Sarah Smith, Graduate Student

“I know of someone who really screwed up. He had a semester internship in Green Bay, and then he came down here for a weekend, smoked some weed, went back and apparently someone said it smelled like pot outside his apartment. I’m not sure how it got back to his employer, but he ended up having to get drug tested. He failed it and immediately got kicked out of the internship.” — Alex Camp, Senior 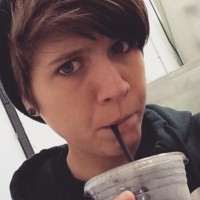 Major Haters: Stay in Your Lane
Next Post: NPR Internship