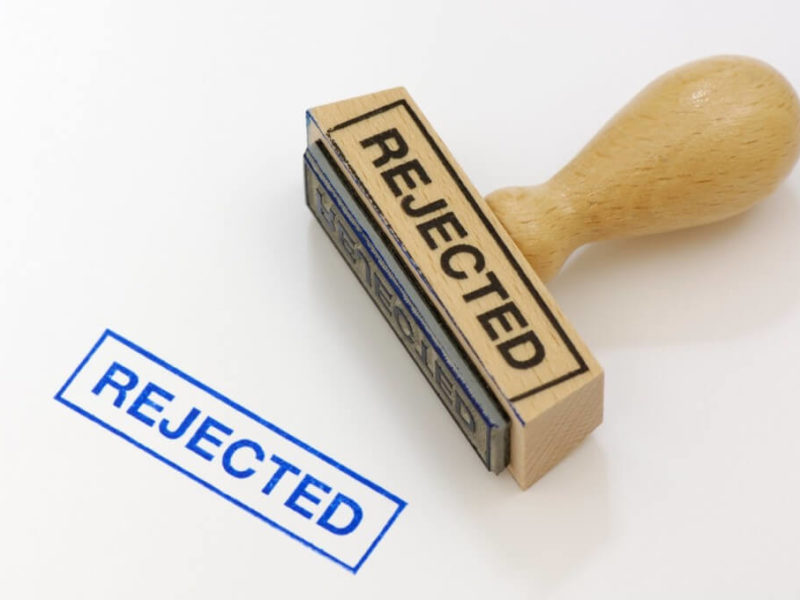 A Perfectionist’s Guide to College Rejection

My senior year of high school consisted of never-ending stress and fear for the future, two of my favorite emotions. Completing college applications proved the most stressful activity of my life. From the time I submitted my applications in the winter, I constantly feared the worst–what if I don’t get into college? Of course I dismissed this idea, as did anyone to whom I mentioned my irrational fear, because it simply could not happen. Then spring came around. Surprisingly, I had been rejected by every university I applied to and placed on two waiting lists, including my dream school. I was only accepted to a branch campus of Penn State University, a college I knew wouldn’t fit my personality. Talk about less than perfection.

Lo and behold, the summer ended. I had not left either of the waiting lists. My dream school had not accepted me originally, and it wasn’t going to save me now. I was stuck living another two years at home attending a single-building branch campus. The perfectionist within me was less than thrilled. I had idealized college as a time of Polo shirts, ivy-draped buildings and intensely philosophical conversations voiced by like-minded intellectuals. Instead, I still lived and attended classes around my hometown and felt rather dramatic about not attending my dream college or having my ideal college experience. My thoughts of never amounting to anything consumed me. I preoccupied myself with the idea that I would become a failure because I failed to attend my dream school.

Stubbornly, I suffered through the first semester of college. I refused to make friends with the students around me because I convinced myself no one could possibly understand the overwhelming disappointment in my life. I only focused on my school work, a common coping mechanism I developed during childhood. I found solace in my usual routine of receiving good grades while my social life continued to dwindle with no one to talk to between class or text about my day. I spent fall semester absorbed in my thoughts of disappointment.

After the semester ended, I still felt miserable. The one or two friends I somehow managed to make from classes still talked to me despite my reclusive irritation, but I felt unfulfilled. When my high school friends returned home over winter break, I felt like I missed out on so much. They experienced college life fully, bonding with roommates, going to parties and falling in love with their majors. Shouldn’t my life have changed? Where was my added level of depth now that I was a college student? Instead, my life was stagnant, and I was going nowhere.

I knew I could either remain inert, unfulfilled and unhappy or set myself in motion to change my perspective. For once, I decided against behaving stubbornly. During spring semester of my freshman year, I tried to enjoy myself, and it worked. I made lasting relationships and friendships with other students and professors. I allowed myself to actually interact with those around me rather than staring silently and disdainfully at everyone. After classes, I would strike up a conversation with other students about assignments or make some type of small talk. As a shy person, I had no desire to over-exert myself with constant interactions, but I realized the necessity of making friends. I had to make up my mind to hold a conversation with a person daily, or else I knew I would avoid talking. Though I felt like I was grasping for straws to always find something to talk about, I tried to find something I had in common with a classmate and use it as a starting point for a conversation. Once I tried to act friendly, people around me responded with friendship.

Though most of my interactions involved grabbing a coffee between classes, my day-to-day life improved in small steps. I felt more comfortable in school having a person or two to wave to passing in the hallways. By the end of my freshman year, I was no longer sadly eating lunch alone like Mr. Fredricksen from Up.

The friendships I made my spring semester continue to now, when I am entering my senior year of college. My problems from three years ago when I began college seem so trivial now knowing that I made great friends, did well in my classes and was able to transfer to Penn State’s main campus with complete ease, but I still have friends from a branch campus to complain about how far I now have to walk to my classes. Most importantly, I learned it does get better. Not attending my dream school didn’t mean I had to deny any of my dreams. It takes time, but everything works out in the end.

Liz Furio is a senior at Penn State with a double major in finance and journalism with a Spanish minor. She is dedicated to existentialism, rock and roll, ice cream, and French Fries. Her life is written and directed by Woody Allen.

Previous Post:18 Ways to Match Your Personality to Your College
Next Post:CM’s Guide to the University of Washington-Seattle