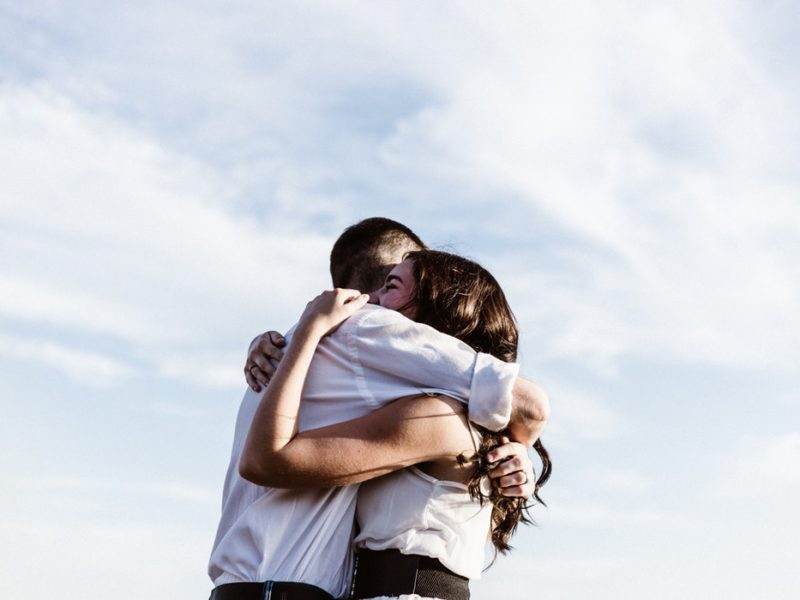 Moving on from an Ex by Feeling Happy for Them

Olivia CrawfordNov 15, 2018
Home » Latest Posts » Moving on from an Ex by Feeling Happy for Them
FacebookTweet

When you first get an ex, likely you’ll only want to destroy them in every and all ways possible. However, I believe the best thing to do is to give it time.

Follow the advice below and eventually get to the point where you actually feel happy they’ve moved on.

I have had two real exes and two half exes. I have never felt happier than seeing them move on and find happiness, even if I haven’t done the same. Many people will call me crazy and not feel the same, but let me explain. It honestly serves as the best way to look at a relationship.

Someone smart once told me that no relationship turns out a badly in the end because it teaches you what you don’t want. I try to live by that, especially with romantic relationships. If the relationship between a particular person and I didn’t work out, something obviously caused it–probably for more than one reason, so learning from these experiences helps me grow as a person.

I got together with my first real boyfriend, a guy from my high school named Denis, in the summer before junior year. Our relationship went on and off for the next two years before finally happily separating when I went to college halfway across the world. Those two years became the worst years of my life so far because of my home struggles, but I would not have made it through without him.

Though we didn’t really fit together as a couple, I hope to never live my life without him. He has become one of my best friends in the world, and I fully plan to have him smiling at my wedding in the front row. And, of course, vice versa.

When you spend that much time with someone and go through what we went through together, you can’t just forget about all of those moments. We didn’t fit romantically, and though we didn’t know that then, we do now.  We can feel overjoyed for each other’s successes.

For example, he has had a new girlfriend for a while now and I have met her several times. We sometimes message each other and I think she works perfectly for him. Though they can sometimes act sickeningly cute, I can’t help but smile when I see them. She gives him what I couldn’t and he gets to finally find someone to appreciate everything he does. I feel so glad he still has a presence in my life and that now she has a place in his.

This may just be a lucky coincidence or an exception to most people. Having an ex-boyfriend turn into a best friend who you both chat to about advice for dating probably seems strange, but for us it feels completely natural.

My second real boyfriend has a different story. He and I split up because of the absolute failure of a LA/England long distance relationship. While heartbreaking, the breakup turned out completely necessary. Anyone  able to do something like that at our age has my respect.

So if I felt so heartbroken over this breakup, why would I feel so happy that he moved on As an amazing guy, he deserves happiness. He also has a new girlfriend, strangely with the same nickname as him, and though I don’t expect us to become close again, I feel happy for him, as well as for her.

Like I said, relationships always teach you what you want. I know I don’t want a long distance relationship.

In addition, I had a “boyfriend” in high school before Denis called Jan, . He  a wonderful, genuinely nice guy who really cared about me and everyone else around him.

You never want someone to feel hurt or rejected, and so when he found happiness, I couldn’t feel more pleased. I hope everyone has had that experience. Rejecting someone proves difficult, so when they finally find someone, you feel joy. Everyone deserves to feel that way.

The last guy, Isaiah, serves as a very complicated example. I didn’t really date him (because of my own problems), but I had some sort of relationship with him that transcended friendship. We had a bit of a messy, hurtful relationship. Both parties acted immature, so I felt decently glad when it ended. The relationship taught me to re-evaluate my “type.”

Luckily, we both learned from the relationship. He has become very happy and finally has a girlfriend. I feel incredibly happy for him, because he deserves the best and has waited for it for a long time. At the time, I could not provide something deeper, which turned out okay. We  both found happiness apart from each other, but I wouldn’t take anything back. Even the tears.

Now, while you should feel happy for your ex, you should also allow yourself to move on. However, if you haven’t moved on, let me tell you the best ways to start.

When you feel happiness for an ex, you’ve shown that you don’t have to obsess or ask “what if” forever. You have made the transition from “grieving” to “over it” and can look towards your future. After all, how can you have a new, happy relationship with another person if you still hold on to another or feel unhappy with your present self by constantly looking at the past?

Focus on what you learned about yourself and what you want in your future relationships. I know each one of those boys showed me something I didn’t know about myself. Find that in your ex. Find the positivity to move past them, and wish them well. Hopefully, they do the same to you.

Although I do not currently have a boyfriend and it sometimes hurts to feel alone, feeling bitter doesn’t give me any benefit. Moving on shows that you can find you too, and that you can now dwell on the memories you have without the sadness and anger that most people hold on to. So hold your chin up and keep looking forward to all of the amazing things you have ahead of you.

Previous Post:10 Ways to Save Your Liver and Wallet on a Saturday Night
Next Post:I Bought a Lesbian Wedding-Cake Topper to Annoy my Roommates