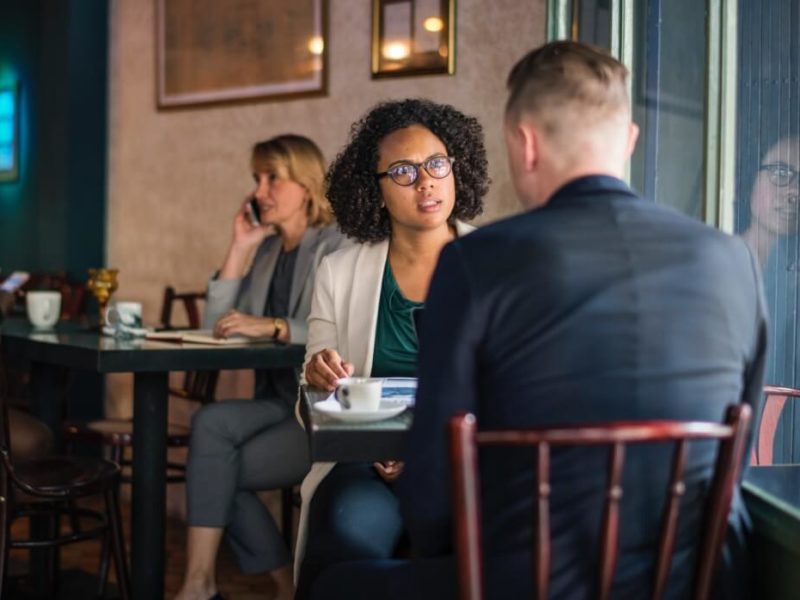 How to Break Up With Someone Without Being a Jerk

Ayotoluwafunmi OgunwusiSep 10, 2018
Home » Latest Posts » How to Break Up With Someone Without Being a Jerk
FacebookTweet

Remember the infamous 15 second breakup between Joe Jonas and Taylor Swift? Yeah, that’s definitely not how to end things. Your ex may dislike you for breaking up with them, but they will respect you for how you handle it. You can handle a bad breakup many ways but you can also end things on a high note. You may never be friends with the person again, but your breakup will not have to be labeled a “bad break up.”

Here are ways to break up with someone without being a jerk.

It is hard to make false promises or be less sympathetic to someone’s feelings when you’re looking them in the eye. “I can ask why, I may cry or show emotion. I would rather him see it, so he can feel empathy because you can’t feel that through the phone,” said University of Iowa senior Anna Mwangi. “Any other way is just cowardly”. Absolutely do not break up through a text message or over the phone. Wear your big kid pants and says what needs to be said.

2. Afraid of confrontation? Write a letter

For those out there that find it hard to look someone in the eye, pour out your feelings on paper. Explain in as many words as you need why the relationship needs to end. “When I broke up with my boyfriend in high school, I wrote a letter and put it in his locker. I talked to him afterward but the letter gave him time to accept things,” said University of Iowa sophomore Morgan Coat. This way you have a chance to gather your thoughts and emotions. They deserve to know the reason you want to end things. If your ex calls you to ask for more detail, then refer to tip number 1.

3. Be as straight forward and nice as possible.

For the love of God, do not say this no matter how nice it sounds in your head. It doesn’t make the break up hurt any less. It’s so old and cliché. Saying this will only make you look like a jerk—the very thing you were trying to avoid. Find another, more concise way, of letting your ex-bae down easy.

5. Avoid breaking up in public.

A breakup should stay between the two who were involved in the relationship. This means on social media, in a restaurant or any public space. Breaking up in public is totally childish and mean. Be an adult and do it somewhere more private. Nobody wants to cry in the middle of a crowded space.

“Why should I render an apology to him when the outcome, which is the break up, is not going to change”, said University of Iowa sophomore Gina Caris. “He won’t take me back anyway. So he can keep his apology. He shouldn’t apologize for how he feels.” Purposefully hurting someone’s feelings can be hard but keep in mind that once your mind is made up, it will not change. Break up with the person, but don’t be inclined to make them feel better when they already feel like crap. Just say what needs to be said. Be sympathetic. Be kind to them. Don’t be apologetic.

Ayotoluwafunmi, also known as Ayo, is a junior at the University of Iowa. She is studying Journalism and earning a certificate in Entrepreneurship. She is one day looking forward to starting her own company where her degree and certificate can be put to good use.

Previous Post:10 Gen Eds to Avoid at The University of Iowa
Next Post:Dear Past Self, Did You Keep All Your Promises?