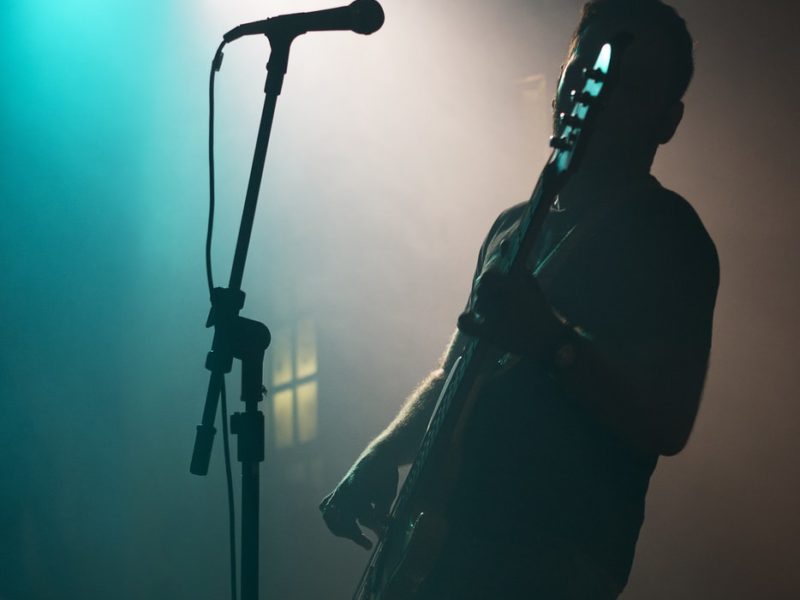 Music touches people’s lives in various ways. Suzi Quatro once said, “the bass players function along with the drums, is to be the engine that drives the car… Everything else is merely colors.” As an experienced musician and avid listener, these two avenues of experiencing the art form presented me with different life lessons. In this instance, I’ve learned the importance of self-confidence and standing up for yourself.

This lesson was bestowed upon me from slapping the bass for a band called Under Red Tides.

At the time, I was 18 years old and a year into my second job. I started my studies for an AA while learning how to play bass and popped my cherry in being in a band. So young and naive was I to think that teaming up with Mike (singer) and Charlie (lead guitarist) ought to be a hit. On the first day, we mastered our debut EP and soon released a music video with a tour in the works. In that moment, I said to myself, “I’m in at the right time and the right place.”

Looking back, there was something off about an awkward teen with no band experience, barely learning his part in this fast-paced project. However, finding a good bass player in South Florida? Very hard to find.

Under Red Tides became a responsibility in my life for five months, yet I was only active for less than two months. The band was mostly interested in the promotion, merchandise and the music video instead of orchestrating multiple occasions to practice. One time, Mike and I went to Sawgrass Mall in Sunrise, Florida to assemble an ideal outfit for the music video. After a few hours, we found jeans, a white t-shirt and a black jacket, but it had to be the right one for the video. (Really dude?)

I wasn’t a perfect member myself. When we practiced once in a while, it was mostly me barely playing my part because managing my time didn’t sound sexy at the time. Mike was good about helping me keep time, while Charlie focused on playing guitar to give me an idea of how the song would sound live.

A music video shoot was to come, and I was enthralled.

A drummer and rhythm guitarist shortly joined us and now we were a full ensemble. However, I saw the worst in Mike that day. Mike would, for no reason, get really snippy at me.

Before we left for the shoot, I met with Mike at his house. While inside, I noticed that he left his ID on the desk. Well, I was waiting in the car; I told Mikes about his ID in an award manner. Mike replied with a hostile voice, “You worry about your s–t and not worry about mine.”

In the middle of the shoot, we were all getting pretty hungry. With only coffee running in our veins, I mustered up the courage to ask Mike if we should order food. “Time is money, Elliot. All you can think about is food. Well, we’ll eat when we can,” Mike said. Ten minutes later, Mike thought it was a good idea to get food after the shoot.

The music video finally went live. After waiting a month and with 12 hours of shooting, I was only in it for an estimated 20 seconds. Mike and I had a very long discussion about this issue and my place in the band. When I first joined, there was never a discussion of what role I would have. Was I hired gun, or was I a full-time member? Even though I wasn’t the best player, everyone’s a part of the team.

The drummer and rhythm guitar were paid and I had nothing in my pocket. Mike didn’t share the same feelings. He also told me that live shows were coming up and he needed me to have Saturdays off for gigs. I couldn’t do it because my job needed me on Saturday nights. I asked him, “What you would do if you can’t get the bass player to play that night?” Mike said, “Well, we’ll just play your track live.”

I thanked Mike for the opportunity and said to him, “You’re going to have to start playing my track at your gigs.” From then on out, I built the confidence to gracefully reject my time with Under Red Tides and move on. I thank Under Red Tides for the opportunity. Without them, my music career wouldn’t have started and I wouldn’t be where I am today.