I’m not going to sugarcoat it; I’m going to call it by its name. It’s an addiction.

I can be anywhere — hastily scrawling down notes in the middle of my lecture hall, patiently waiting at the side of the bus stop, struggling to finish my readings late at night in the library. But it’s a relentless, physiological itch that demands my surrender. It’s impossible to resist, perpetually gnawing away at my self-control, chipping away at my reserve.

But I don’t think I’m the only one that this drug has claimed victim. In fact, I’d even wager that this is an addiction that’s consumed almost every individual in college, regardless of socioeconomic background, ethnicity or gender.

It’s a universal affliction for college students, an unstoppable addiction.

Facebook was founded back in 2004, laying the groundwork for an entire industry based on social networking. For most of us, mentions of “relationship statuses” and “Facebook friends” were the jargon of older teenagers; nevertheless, we grew up with a rudimentary knowledge on the basics of how a social platform operates. It’s used for networking, making friends, sharing important life events.

It wasn’t until the early 2010’s — the start of our adolescence — when new social media platforms came to the fore. Snapchat and Instagram, the “cooler” counterparts to Facebook, found its niche among young teenagers and became ingrained into the workings of our everyday lives. The youth flocked towards these new developments, employing them as means to communicate with friends outside of school, share snapshots of daily activities, and cast tailored profiles of their social identities.

But what started as a frenzy among early adolescents quickly distorted into a powerful industry built on a newfound obsession with social media. By nature, humans are social creatures — so instinctively, the instant access to social approval sucked people into the world of sharing posts and garnering likes.

And now, for most college students, that obsession is at its peak.

I see it constantly throughout campus. I watch as my peers prolong their meals as they search for the perfect lighting to capture their “Instagrammable” foods to share online. When the Notre Dame burned down, I swiped past dozens of stories of people “mourning” the tragedy while simultaneously flaunting their luxurious vacations to Paris. I’ve witnessed as my friends went on posting sprees, sharing cheery, aesthetic photos on Instagram while, in actuality, struggling with the throes of college.

Social media has become essential to members of Generation Z. In some ways, there’s utility in its use: we are now able to communicate more easily than ever before. These platforms act as channels for friendship and networking; establishing and strengthening connections can be accomplished through the touch of a screen. Social media also serves as a creative and expressive outlet for many, encouraging each user to understand photography, design, and aesthetics.

But in many ways, it’s created a toxic culture of superficiality.

Most of our generation, myself included, continues to find gratification in numbers. The more likes, the better. And more than that, we’ve become addicted to fine-tuning our social media profiles to be as impressive as possible. Every fun, wild, impressive moment has to be shared — it’s an obligation if we need to maintain our public image.

And there lies the problem! It’s a bold statement to label something as an addiction. But that’s exactly what this phenomenon is. Like any other addiction, social media has interfered with our daily lives in unhealthy ways, detracting from raw, intimate moments and consuming our thoughts in toxic ways. Don’t get me wrong — there’s no issue with wanting to share your life with your friends.

But when social media diminishes real-life experiences, it can be a dangerous, harmful tool.

It’s hard to put down the phone sometimes. Hard to resist the urge to snap a quick shot of the sunset to post on your story. Hard to resist scrolling through endless feeds, seeking a gratification that might not even be there as you swipe down your screen.

I admit that I’m an addict. I admit that I give in to the craving more than I should. But I’m determined to overcome this addiction! And I’m ready to start embracing each moment to the fullest, rather than distracting myself with these superficial concerns. 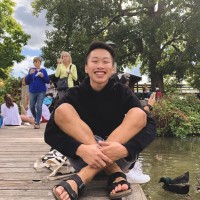 10 Most Irresistible Moments at the Amy Porterfield Entrepreneur Experience
Next Post: How To Become A Nurse