You are here: Home / Life / Health / Facebook and Filters: Is Social Media Making Us Fake?

Will the real slim shady please stand up?

I guarantee Eminem didn’t have social media in mind when writing this lyric. After discovering that one search on Twitter reveals thousands of Slim Shady accounts (none of them the real one), it definitely applies.

Social media allows us to post whatever we want, whenever we want. Thanks to the innumerable editing apps and filters, we can create a virtual reality that 100 percent accurately portrays our lavish college lives.

On the eighth day, God created the teeth-whitening tool. On the next, the blemish fix and the day after, the almighty airbrush. We’ve become masters at making ourselves look nothing like ourselves and we think it’s normal.

I grew up thinking Britney Spears in a green bikini and jeans on the cover of People was ‘normal’ and that I would no doubt exit puberty as a 5’4” cover model with sculpted abs and tan skin. And now, at 5’1” (and a quarter) with translucent skin and a not-so-sculpted core, I digress.

Thankfully, the power of editing apps enable me to transform the real me into the perfect me. If you’re given the ability to fix your flaws and create a perfect version of yourself, why wouldn’t you? The answer is simple: The picture becomes something that isn’t you. We’re designed to look unique, not like human carrots with a fluorescent white smile.

Sara Bond, a high school senior at an all-girls school in Baltimore, Maryland, feels strongly about the influence of social media on our generation’s perception of perfection. “Many girls our age have altered their bodies in photos to reach the ideal ‘perfect body,’” Bond said. “I believe that Kylie Jenner specifically has changed the game for our generation.”

A role model to some and a plasticized child to others, Kylie Jenner’s endless treatments and surgeries buried her natural beauty alongside her previous lack of lips and curves. With her entire body broadcast across social media, there’s no escape for girls looking to accept natural beauty.

Bond knows many girls who follow workout, detox and modeling Instagram accounts religiously. “Their idea of beauty has made them strive to be blonde, tall, skinny, have perfect eyebrows, clothes, nails etc. It seems that social media has negatively impacted girls idea of authenticity and personal ideas of beauty,” Bond said.

Professor of Social Psychology at the University of Maryland Dylan Selterman feels differently. Though he does agree that people can be inauthentic on social media, he doesn’t believe social media is to blame for this generation’s artificiality.

“Social media is an outlet for people who might be insecure or narcissistic to post things that are inauthentic, but if social media did not exist then people would probably just find other outlets to do that,” Selterman said. People were fake in our parents’ generation even without the luxury of Facebook and Instagram.

“Culture plays a role in the types of things people post (e.g., updates about jobs or partying), and personality plays a role in the motivations for posting content,” Selterman said. Many cultures embrace the ability to share anything with anyone at anytime. Others consider it a nuisance or are too new to the concept to acknowledge the potential harm.

Acting behind a screen provides a type anonymous power. “Being part of modern day society and being surrounded by this artificial material only fuels the vicious cycle and makes people feel they need to be fake as well to keep up with what seems to be the overwhelming majority of society’s norms,” Koppel said.

There’s no denying the unattainable beauty strategically arranged down on our Instagram and Twitter feeds. Koppel sees the harmful effects that these unrealistic ideals cause and hopes that by promoting and praising the authentic social media posts, our generation will finally begin to see things clearly.

Staying in on Saturday night and watching a movie is not a crime. Yet, with the touch of a finger, your relaxation can quickly degenerate into a sense of inadequacy and major anxiety. Here’s a little secret: The content of a Snap story, Facebook album, Instagram post or tweet is never as glamorous as it seems.

No one is going to upload the post-frat pic with their hair in a messy bun, in a beer-stained shirt and a face shining with sweat. You’re not seeing the drunken drama, the au natural look before bed or the girl crying about her ex-boyfriend from high school while sitting on the bathroom floor. It’s quite easy to create a façade of your weekend festivities via social media. It’s even easier to convince people that it’s real.

If you use social media, you probably know these Internet power couples: Jessey and Savannah and Jay Alvarrez and Alexis Ren. Their relationships are broadcast across social media platforms, making our perceptions of love and relationships as unrealistic as theirs are behind the overlay of Instagram.

Savannah posts kissing selfies with Jessey, not behind-the-scene shots of him getting cozy with fellow female models. Jay posts pictures of Alexis in a bikini posing in the sand, not videos of their fight about which tropical paradise to visit next. Relationships aren’t all x’s and o’s, though the majority of couples’ social media photos show otherwise.

Real life is messy. We make bad decisions, spill coffee all over our beds and take more tequila shots than our bodies can handle. Those moments represent reality, unlike the edited picture of you dancing on a table at a college tailgate. Thankfully, we aren’t the people we pretend to be in our Facebook pictures, Snapchat selfies, Twitter retweets or Instagram posts. 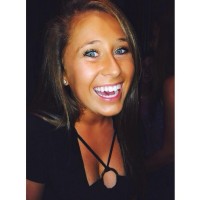 Enter to Win our Panama City Beach Spring Break Sweepstakes!
Next Post: So You Think You Can Start A Term Paper?