You know what’s crazy? While over 50% of the US population comprises women, only 25% make up the Senate, 23% make up the House of Representatives, 29% make up state elected executives and 0% have made the presidency. As gender inequality plagues our government, how do we ensure political decisions are representative of women? Well, Ignite is here to help. The national nonprofit seeks to enhance the political power of women, and it uses a large alliance of college students to expand its efforts!

Read on to discover how you can become an ally for women through Ignite.

Launched in 2010, Ignite serves to ensure gender parity in politics by educating and empowering women to become more civically engaged. “It’s a movement of individuals who are working to make sure we can train the next generation of women to kind of take up space in the political arena and really develop their own political voice,” said Yasmeen Metellus, the Ignite Fellow for Miami. Ignite not only educates people about the reality of gender representation in politics, but it provides women the tools–resources, training and networking–to become active political leaders in their communities.

Simply put, the organization serves as an ally to women. Although a national organization, Ignite targets a vast network of women through its formation of over 100 college chapters in the US. Through training, networking and mentoring, Ignite empowers college women to build leadership skills and increase their knowledge around political issues. “It’s not just about spreading awareness,” said senior Alana Miro, president of the University of Miami Ignite chapter. “They give you the tools to grow the skills that you need; not just to go into public office, but just, in general, to be powerful.” Besides its college reach, Ignite hosts national events, such as conferences and training programs. Additionally, Ignite operates a K-12 program that teaches young girls about how the government works and how policy issues impact their lives.

Ignite women got it all. From listening to a panel of elected women to participating in sessions about policing, the organization helps college women access a range of free programs and resources. And to strengthen interconnectedness, chapters from different states participate in meetings over online video platforms, such as a presidential debate watch party. “It gave everyone the opportunity to interact and talk about how they were feeling,” Metellus said. “You gain a community regardless.” On campus, chapters organize activities like voter registration drives, volunteering opportunities, policy workshops and group-bonding events. “I wanted to make this chapter feel like a mini family,” Miro said. “The goal of the board is to make this a really great community that people want to join; a safe space where people feel comfortable being themselves and sharing their views and values.” Essentially, these girls got each other’s backs.

Even outside of the college chapter system, Ignite’s members remain connected through an alumni network. “It’s a great feeling to be surrounded by women who are also passionate and also very eager to make a change,” Metellus said. “Even after this fellowship is over, I know I’ll maintain really close friendships with all of them, and I think that’s the most amazing gift that I could get out of this fellowship.” And while sharing an eagerness for women’s rights fortifies Ignite’s sisterhood, it also may land you a future opportunity. “I know a lot of girls have gotten internships and jobs through the alumni network,” Miro said. “There’s so many alumni, that you just really wouldn’t expect.” Fellowship and career networking? Say less.

Oh, and one more bonus. You will probably get a ton of merch. “When I first got accepted into the fellowship program, I got this giant box in the mail and it was a welcome box from Ignite,” Metellus said. “It was really nice, and I remember genuinely feeling the love in that moment.” So, prepare to pull up in matching Ignite accessories with your gal pals.

Besides teaching about the importance of female civic engagement, Ignite’s vast resources provide unique learning experiences for each individual. “It’s never too late to become politically involved,” Miro said. “We had a speaker talk to us who is a teacher, and she just got voted into the education board for Broward; she was saying how she never thought she’d get politically involved, but then she realized the education board had no teachers.” While panel events highlight new forms of logic, training sessions provide new learning experiences as well. “I’ve learned a little bit about legislative advocacy, like you can reach out to your state senator or to your mayor and you’d be surprised by how fast they answer,” Metellus said. “I’ve learned the ability to interact with public officials and actually still impact change even though I’m not elected myself.” Who doesn’t want to learn something valuable?

Also, you’ll likely learn how to spread ideas–like encouraging women to occupy space in the political sphere–by employing the power of relational organizing. “The beauty of relational organizing is it centers around gathering your friends and your peers and leveraging your social network to make a change,” Metellus said. Clearly, politics centers around influencing people, so Ignite will teach you how to collaborate with others, particularly women. “I’ve definitely learned the importance of working together in a team,” Miro said. “Especially when starting something from the ground up, you need to have communication with everyone.” At Ignite, you’ll not only form relationships with women in the organization but with the community you seek to impact.

How to Get Involved

Ignite makes it easy for people to become involved in the organization. If you’re currently a college student, definitely reach out to the chapter at your university. As a nonpartisan organization, Ignite welcomes women from all political backgrounds. “We have Democrats, Republicans, Independents and just everyone with different viewpoints,” Miro said. “We create this space for women who are really ambitious and we help grow that.” Ignite also caters to all educational backgrounds, so all majors are welcomed. “You don’t have to desire to go into politics, it’s just if you want to be more civically engaged in your community and a little bit more educated,” Miro said. Try contacting a member of Ignite at your university, or reach out on social media, like Instagram. “If you reach out to them, we’ll train you and teach you how to join,” Metellus said. “We can add you to the GroupMe and you can start coming to a lot of our meetings, discussions and panel events.” Cmon, how much easier can it get?

You can also become an ambassador for Ignite the Vote Campaign. This program requires you to send people a link–a chat box called Sophia Bot–that gives them a voting plan. “Basically, each ambassador is just leveraging their social network to pass around this link,” Metellus said. “We’ve been able to reach out to thousands of people just by leveraging everyone’s friend social network group, which I think is amazing.” However, if you want to help grow college chapters, you can become an Ignite fellow. “So as a fellow, I basically help to create these chapters on these campuses and recruit women to join,” Metellus said. “Once women do decide to join and create their own Ignite chapter, they have access to the full breath of resources that Ignite national has to offer.” Regardless of your involvement, each opportunity allows women to enhance Ignite’s mission in various ways.

Ignite ultimately wants people who are passionate about its mission. To join a college chapter, you simply must be enrolled in a college or university. “We have an all-inclusive policy, so anyone can be a chapter member,” Metellus said. “All you have to do is bring enthusiasm and an eagerness to learn and a willingness to attend events and be an avid respectful participant.” And if you truly love Ignite, enhance your leadership skills and apply for the executive board. “You can tell when someone is super interested and passionate about it, versus someone who just wants to put it on their resume,” Miro said. “Show that you are integrated into these groups.” In other words, the set criteria entails passion, not skills that you need to check off.

Regarding the fellowship program, we can’t tell you exactly what skills determine how to get chosen. But consider this: fellows provide the connection between Ignite National and their respected cities. So, showing engagement within your community puts you in the right direction. “I think the one thing that we have in common is that we all were interested in social change in some way, so I noticed that everyone who is a part of it had some type of special connection to their community,” Metellus said. “They either created a scholarship or they were super involved with the school board or they were really involved in volunteering in some aspect.” Essentially, encouraging women to become active civic leaders of society promotes the aim of Ignite. So, an ability to engage others remains a common skill for either position.

Though women tend to mostly advocate gender parity in politics, many men feel just as passionate about women’s representation in the political arena. But involvement–specifically holding certain positions–at Ignite means to empower female leaders. “For now, it’s centered around people who identify as women, but for a lot of our events we still welcome male allies,” Metellus said. “Anyone can learn from Ignite.” And despite Ignite’s primary movement to build a new generation of female leaders, the overall mission empowers women of all ages. 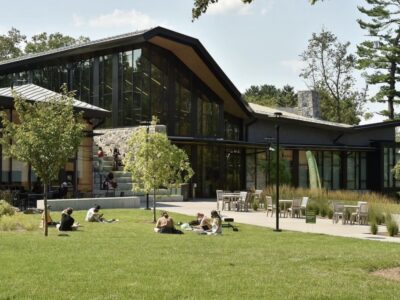 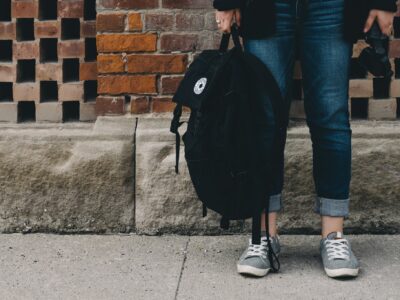 Things I Wish I Knew Before and During My Junior Year 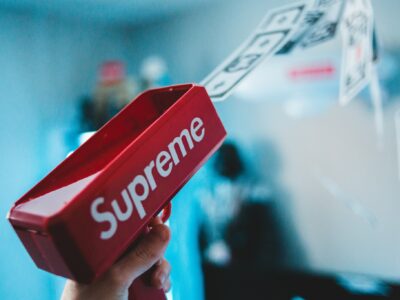 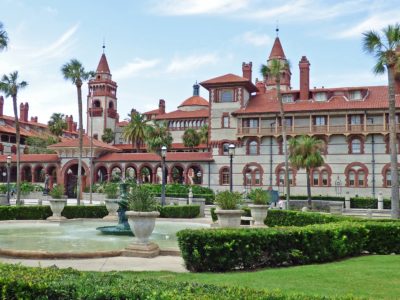 Previous Post:The Best 10 Networking Events for Each College at Penn State
Next Post:College Magazine’s Guide to Becoming a Software Engineer