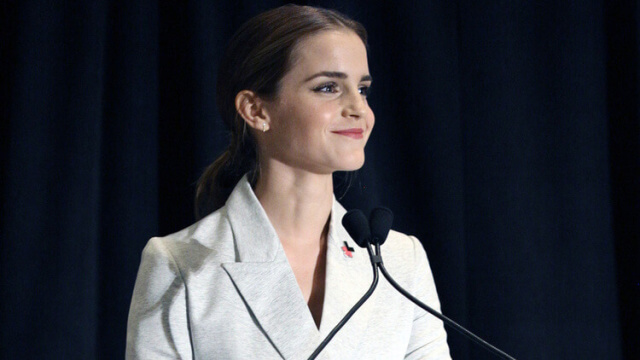 Flunking out of Feminism

Not in a class (I promise, mom!) but in feminism. Last year, the social cause in vogue was feminism. Sensationalized headlines like “Emma Watson: 1, Misogyny: 0” plagued our Facebook feeds. We played virtual Ping-Pong with controversial articles plastered over our favorite sites, political or otherwise.

With all of the chat on feminists, feminism and gender identity, I wasn’t surprised when my friend gasped in shock when I revealed I don’t watch HBO’s Girls. “How unfeminist of you,” she scolded me.

I replied, “For the sake of my sanity, I’m committed to failing at feminism right now.”

I’ve been wrestling with feminism since I was a freshman in high school. It’s been the typical what is it? What does it mean to me? kind of rollercoaster. But now, approaching a presidential election that could yield our first female president, it’s never seemed so relevant.

At a time when we’re supposed to be forming our foundational identities–hence the saying “college is where you find yourself,”–the causes we fight for are just as important as our majors. They come to define the avenues we take and the attitudes we hold. Feminism, as I sluggishly discovered in a high school seminar class, isn’t merely an ideology or a concept but a way of life.

We’re the generation in some ways responsible for turning issues of gender inequity on their heads. We’ve redefined gender expression, feminism in classrooms and the ways in which patriarchy stretches its grimy grip over workplace practices. On the red carpet, asking our favorite celebs their feminist status is just as relevant and important as whether they’re wearing Ralph Lauren or Balmain. Feminism is everywhere.

Don’t get me wrong, it’s great we’re having an open conversation about it. But pardon me when I say: Sometimes it’s f*king exhausting.

I’ve been instructed by at least seven different listicle articles on how to be a “good feminist”–how to think like a feminist, what to wear as a feminist and what to watch as a feminist. Now, every choice I make seems to harken back to a feminist decision.

Do I have to go see every movie directed by a female in order to show support even though I’m not interested in the storyline? Am I a bad feminist if I expect my boyfriend to help me with my slightly-heavy-but-manageable bag? What if I choose to spend an hour rifling through my closet when getting dressed as opposed to five minutes? Does every encounter with misogyny have to come with a conversation about women’s rights and a scathing critique of what a person, book or film does wrong?

A plethora of reputable magazines and star Lena Dunham herself declared that she is “the voice of our generation.” When I look at the issues she gives lip service to–and the fact that her show rarely ever tells the story of a woman of color or a trans woman–I can certainly say that she doesn’t represent me. It’s difficult to decide if Dunham’s flawed white feminism is worth pushing back against or if it’s more valuable to keep advocating for what I believe.

Can I do both and still have the energy to tend to my other causes?

Lately, I’ve mulled over what it means for me to be not just a good feminist but also an effective one. Perhaps you’ve had a similar experience of mental burning out after thinking on the Black Lives Matter Movement or the animals rights movement. Sometimes it seems so simple: Believe what you believe, voice your opinion, like what you like and don’t like what you don’t like. However, more often than not, the causes we fight for are complicated and highly political.

I haven’t made much progress and, to be honest, I haven’t put in too much effort–I don’t want to confuse myself while trying to unwork the legacy of a poisonous patriarchal society in my mind. As a result, I’ll gladly take a big fat F on my feminism report card. But perhaps this confusion, frustration and constant thinking is a part of the process–so maybe throw a D on it instead.

Maya is a senior at the University of Wisconsin-Madison majoring in Communication Arts and African-American Studies. She’s obsessed with all things Vogue and is unhealthily attached to her home, New York City.

Previous Post:Why Do We Stress Ourselves Out So Much?
Next Post:One-Up the Classics: Video Game Drinking Games