It’s hard to ignore how prevalent feminism has become now that pop culture has been thrown into the mix as well. Celebrities, especially female celebs, are now expected to pick a side of the issue, facing backlash either way. Popular characters like Leslie Knope in Parks and Recreaton and Liz Lemon in 30 Rock, and the funny ladies that play them, proudly speak up in support of feminist issues.

Women’s rights issues have always been important on college campuses, with students being more open to progressive thinking about human rights. Feminism is no exception.

Here are 10 ways college students across the country are talking about feminism:

“The Women’s Student Association at UF hosts the Women’s Leadership Conference where female students can network and attend workshops led by other women. The journalism college also just hosted Women in Media event where accomplished female professionals spoke to us about working in male dominated industries. UF does a great job of making sure its female student thrive in professional settings.“ —Sarah Hernandez, Junior, University of Florida.

2. Overcoming the gender imbalance on campus

“Since the ratio of male-to-female students is really uneven, there aren’t many women’s groups on campus and the school isn’t as concerned about it. There are women in engineering groups on campus but we are primarily an engineering school so there are less activist groups in general just because I feel like engineering students are less concerned with social issues in general compared to schools with larger liberal arts majors.” —Y’hoshua Morris, Junior, Georgia Tech.

3. Establishing a safe space to learn and speak

“Feminism and women’s rights issues are pretty prevalent in the UHart community. Our Woman For Change Club organizes events and meetings to provide space for education and support surrounding issues of women’s bodies including feminism and sexuality.” —Emily Uz, Junior, University of Hartford

“There is such a politically charged climate here at GW that the activities of student groups overshadow any efforts made by the university regarding feminist activities. Students here are very vocal about current events so there has definitely been a ton of dialogue lately on what is and isn’t feminism, and why a lot of celebrities have been misguided in their attempts to address it.” —Maddy Wolpow-Gindi, Junior, George Washington University

“Wash U has a Diversity and Inclusion Center which supports a ‘Bias Reporting’ system where students can report acts of discrimination or sexism on campus. It also has a Women’s Building which has bathrooms stocked with free pregnancy tests and pamphlets about the reproductive system, safe sex and feminist issues. It helps make me feel like my voice is important.” —Amanda Rockwell, Junior, Washington University in St. Louis

6. Dealing with competition in a healthy way

“Being a woman in finance at Northeastern, there is a lot of competition and strong personalities. I’ve been lucky enough to never feel like being a woman has hurt any of my opportunities or been a handicap when applying for jobs. The school has clubs like Women in Business that help guide us through fields where we are under-represented. It makes me feel like they are actively trying to help us in a predominately male path.” —Emilee Sonnabend, Junior, Northeastern University

“FSU allows me to feel like I matter by offering classes that discuss feminism and clubs for women where we can learn more about women’s rights. I also joined the band sorority where we learn about accomplished women in music and promote activities to help women. It’s a good campus to learn more about myself and my rights.” —Allison Silverman, Senior, Florida State University

8. Spreading the word in the community

“There are a lot of clubs at UCF about feminism and equality. The biggest one is the National Organization for Women (NOW) chapter that aims at educating the UCF community about social justice and women’s rights issues. Their main goal is to increase a feminist presence on campus in order to bring attention to the issues.” —Katie Britton, Freshman, University of Central Florida

9. Supplementing the lack of campus support

“I used to be a part of a club called Students for Sexual Health, which advocates for reproductive rights and sexual health resources on campus. Our club provides information about where to find these resources in Boston and provides a safe space for students of all genders and sexualities to form an open dialogue about healthy, consensual sex vs. sexual assault on college campuses, but the club is not associated with the college. Since BC is a Catholic school there’s not a lot of these resources readily available, so SSH gives students a safe space to talk about these issues without the administration’s limitations.” —Rebecca Grant, Junior, Boston College

“At Elon we have a club called EFFECT, which stands for Elon Feminists for Equality, Change, and Transformation. It’s an organization that supports diversity on campus and spreads awareness about feminist issues like sexual assault and interpersonal violence in relationships. Elon also emphasizes a survivor-centered response system to sexual abuse that lets the survivor be in as much control about their process as possible. All the support makes me feel like Elon cares and is willing to go the extra mile to make sure women are safe on campus.” —Victoria Slader, Sophomore, Elon University 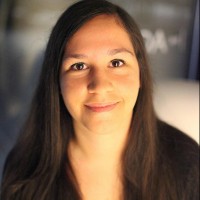 Telecommunications junior at the University of Florida and aspiring entertainment writer. Drowning in TV shows while daydreaming about being Amy Poehler's BFF.