You are here: Home / Life / LGBTQ+ / Gender / Modern Feminism: Did You Really Wake up Like That?

People often associate the word “feminism” with women and ideas that seem rough around the edges. If the creepy guy hitting on you at the bar gets way too close to your personal space, just say you’re a feminist and he’ll go away—it works every time. But lately it seems like feminism is taking on a sexier shade; Beyoncé’s statements and lyrics celebrating women recently stormed pop culture and social media outlets with less stigmatized feminist ideas.

The Modern Feminism Movement started as early as 1848, but never gained much popularity until recently. While there have always been women who proudly declare themselves feminists, Beyoncé’s social media movements including #flawless, #curvy and the famous lyrics, “I woke up like this,” coincided with the increased appearance of plus-sized models in magazines and on TV.

This powerful and trending uproar not only motivates women to truly embrace their natural beauty, but also encourages society to applaud them for this self-love. Realistic body goals, everyday fitness and a voluptuous gluteus maximus have never been so popular.

But this new Beyonce-fueled brand of feminism may not be as empowering as we think. For example, #flawless only celebrates a woman’s physical attributes. “Far too much attention has been focused on how a person, especially a woman, looks, without equal attention to what that person does with their life,” University of Florida English Associate Chair & Undergraduate Coordinator and author of the trilogy “Warpaint” Dr. Stephanie Anne Smith said. “Bodies age, get ill, fall apart; what someone does with their life is far more lasting than any ‘body acceptance’ anything.”

These so called “feminist trends” only recognize the physical attributes of women and play into a more misogynistic view of women.

Additionally, some argue that although Beyoncé advocates the natural beauty of women by posting selfies with the caption “I woke up like this,” in reality she’s all done up while the rest of us wake up looking like Grumpy Cat. This paradox potentially furthers women’s insecurities, convincing them that the “natural” look simply isn’t good enough.

Young women should look up to women who stand against the “body type norm” in a healthy and substantial manner. Smith gave examples of well known females that promote this idea, like Serena and Venus Williams. She credited women who advocate healthy bodies and overcome life’s hardships, like dealing with loss and illness.

Not to put Beyoncé or the other plus sized models in the corner, but it seems that those engrossed in social media lose sight of influential women with admirable qualities and values beyond beauty. Instead, we’re smitten with frivolous, eye-catching stories of women who market themselves well on social media.

But at the end of the day, we have no choice but to give Queen Bey some credit. After all, she did entice younger women to value and speak up for their bodies as well as embrace their uniqueness. Perhaps our society places too much emphasis on female appearance, but young women need to realize that we should make a greater effort to admire women who make a real difference in the world, such as Pakistani feminist activist Malala Yousafzai, even if she isn’t trending or attached to a fun hashtag.

Women worked hard to become a force to be reckoned with, regardless of size, shape or color. Let’s all take an opportunity to put down the selfie stick and see beyond the self-absorbed and surfaced nature of social media. 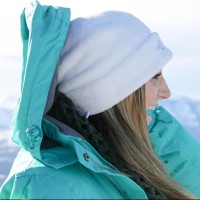 Lauren Hoffman: writer, jaded romantic, and always making a serious effort to be a flamingo among a flock of pigeons. In my spare time, I am an English Major with a Business minor at the University of Florida.

Do You Even Jam, Bro? 15 Songs for the Gym Addict
Next Post: Why How to Get Away with Murder Will Never Live Up to Its First Season