You are here: Home / Life / Dating / From Flaky Hook-Up to Committed Boyfriend

College is a world where legitimate dates are almost non-existent, the “gentleman” is just a myth and most boys are more interested in maximizing their number of one-night stands than finding a girlfriend. If you’re a girl who likes to be in a relationship and you’re searching for Prince Charming, you should probably just throw your glass slipper in the nearest dumpster, right? Wrong. You just need to know how to play the game.

First, you need to figure out what type of guy you’re dealing with:

1. The type who’s set in his single ways: He’s always hooking up with different girls, has questionable moral behavior and seems immature.

2. The kind of guy with questionable behavior, but a lot of potential. Maybe, he used to have a girlfriend—this could indicate an interest in commitment.

3. The girlfriend type, aka the holy grail—not sure if he’s out there (If you find him, let me know).

Boy number three is the obvious choice. All you have to do is be your amazing self, and he’s probably sold on you.

Boy number one could be a lost cause. It’s important to identify if this is what you’re dealing with right from the start and determine if he’s worth the effort. From my experiences it’s impossible to change someone, especially if his behavior is habitual. If you’re hooking up with the “player,” you should probably cut your losses and realize you don’t want to be with that type of person, anyway. Either that or prepare for the worst. You’re better off moving on—easier said than done, but that’s why you identify this issue before getting too invested.

If your casual hookup is guy number two—a great guy, but he doesn’t seem sold on commitment—don’t give up yet. Some guys are just nervous about commitment, especially when surrounded by a college “hook-up culture” where random make outs are often praised over legitimate relationships. Maybe, he just had a bad relationship in the past and is hesitant about starting a new one. If he’s actually worth the energy, think about the tools you have in your arsenal.

The art of playing hard to get isn’t dead. In fact, it’s one of the oldest and most valuable tricks in the book. He tells you he “doesn’t want a girlfriend?” This means nothing to you. As far as he’s concerned you “don’t want a boyfriend” either.

People want people who are wanted by other people. Start by being the most personable, fun-loving, friendly person at the party, bar or wherever you find yourself. Mingle with everyone and anyone, for all intents and purposes, you’re everyone’s best friend.

Don’t ignore the guy you’re interested in, but don’t linger for too long. There’s nothing worse than a clinger in this situation. Strike the perfect balance of remaining visible while still appearing aloof. It’s honestly not hard; all you have to do is hang out with your friends and have fun.

Although, you can only play hard to get for so long. If you’re a couple weeks strong and nothing seems to be going you way, you might want to keep it moving. You probably made the classic mistake of confusing a guy number one for a number two.

At the end of the day, regardless of who he is or who you are, it’s important to realize there’s nothing wrong with independence in college. You don’t need a significant other; sometimes you’re better off without one. If you don’t find your “soulmate” in college, it doesn’t mean you’re destined to a life of solitude. We’re young, we’ve got time ahead of us and anyone who doesn’t want you isn’t worth that precious time. 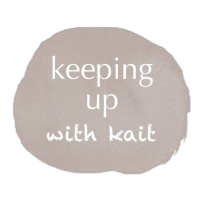