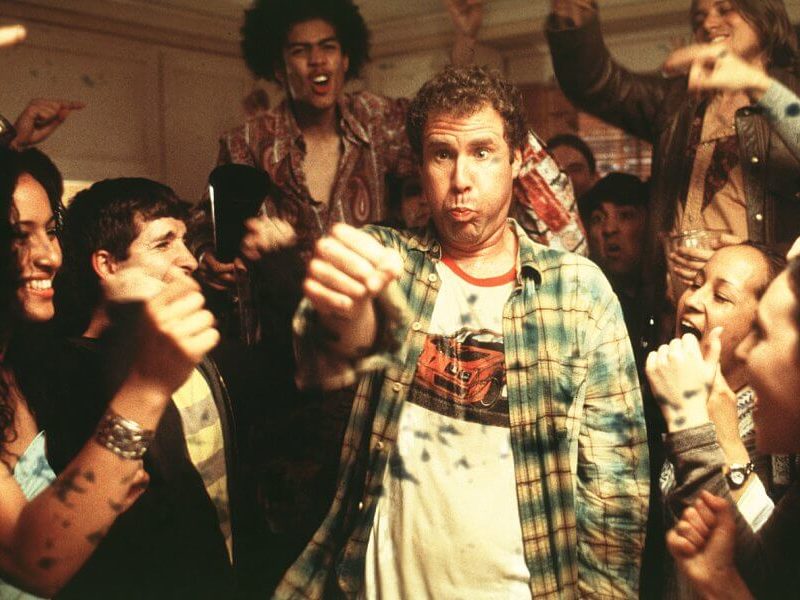 20 Reasons You Shouldn’t Join a Frat

‘Cult’ is just a part of ‘culture,’ right? Wrong. If every college guy was meant to become a hard core frat bro then the world would have way too many fraternities. Not everyone can be Zac Efron, nor should they try. Check out twenty reasons why Greek life might not be for you.

Bring your own bills! The frat life may seem externally glorious but  entrance into this band of brotherhood does not come free. On top of typical expenses, you buy a lot of alcohol. I mean a lot. You and your wallet will be taking the shots together.

“It was going to cost more money in the long run, no matter how much they say it will be cheaper.” – Ryan Jacob, Georgia Tech ‘18

For people that refer to themselves as ‘brothers’ and ‘sisters,’ they sure don’t treat each other like family.

“The frat scene is tied to a lot of negative behavior in the public eye, like sexual assault and hazing – even if that particular chapter or school isn’t guilty of it.” – Tony Elevathingal, USC ‘18

With college guys playing maid, you can expect a mediocre post-party clean-up at best. Not everyone is cut out for stepping in mystery messes on the daily.

“The fact that the floors are sticky from all the spilled beer isn’t a huge plus.” – Tony Elevathingal, USC ‘18

4. Ain’t nobody got time for that

The process of getting into a frat can take a week or longer depending on the school, and that’s just rushing. Parties and events eat up a huge portion of time and dominate a frat bro’s social life.

“I didn’t want to dedicate all of my time to one group…and I just wanted to do too many other fun things.” – Ryan Jacobs, Georgia Tech ‘18

Connections at frat parties are like good noses; everybody wants one but not everyone has them. With this in mind, can you blame a girl for cozying up to a brother just for the invite?

“I figured I didn’t need to walk around with three greek letters on my shirt or jacket to get a girl.” – Nunzio Bilotti, Loyola Marymount University ‘18

Frat houses are not associated with cleanliness or organization, to say the least.

“My dorm provides us with private bathrooms so a frat would have to have some pretty amazing benefits for me to give that up. Most of the frat houses that I’ve seen are pretty gross so I couldn’t really imagine living there. I’m sure they’re great but just not for me.” – Nihar Baxi, University of Washington ‘18

Horror stories about forced drinking and outrageous stunts are enough to send most logical students running for the hills. A lot of fraternities employ tamer rituals nowadays, but hazing is far from extinct.

“I think one of the main reasons I didn’t join a frat is because I didn’t want to go through some ridiculous hazing process.” – Nihar Baxi, University of Washington ‘18

8. Facing the man in the mirror

Unless you start hitting the gym like the high school athlete you used to be, that beer belly may come in early. Alcohol is just sugar and empty calories waiting to settle around your middle. Choose if you like your six pack in the fridge or above your belt.

Joining a frat shouldn’t be about changing your whole perspective simply to belong.

“The guys were great people, but I just felt that their values weren’t necessarily aligned with my own. Make sure that if you’re going to join [a frat], make sure to choose one for the right reasons.” – Marcus Alburez, Loyola Marymount University ‘18

Remember when your mom set you up with the neighbor kid when you were five? Well, now you are a legal adult and this time the neighbor kid has multiplied into an entire frat roster. Joining a frat entails brief (and not necessarily thorough) introductions to the guys in the house.

“I would rather choose my friends than be stuck with a group I know after only a week.” – Ryan Jacobs, Georgia Tech ‘18

You don’t have to learn Greek to speak the language of frat brothers, but you would have to follow suit eventually. If inarticulate language drives you up the wall, steer clear of Greek row.

Pledging a frat means submitting to a stereotype. Some frats embrace their social codes of conduct more than others and specifically look for guys who can fit the mold they’ve proudly shaped.

“I didnt join a frat because they said my biceps were too small.” – Nunzio Bilotti, Loyola Marymount University ‘18

What’s weird about having eight times as many girls than guys in a house? Everything.

“As a guy, getting into frat parties can be difficult if you don’t have the eight to one ratio thing. That being eight girls for every guy who enters the party. That is just flat out creepy. Why would I want to be part of an organization that is so clearly sexist?” – Nick Pugliese, Loyola Marymount University ‘18

14. Living with the choices

Remember that one night that you don’t remember? Exactly. The pressure to drink and “let loose” in fraternities leads kids to make ridiculous choices with permanent consequences. According to a 2010 Atlantic article, “The Dark Power of Fraternities,” intoxication has led brothers to fire bottle rockets off inside their own anuses, fall off decks, wander off and freeze to death – just to name a few. One night of fun can lead to a lifetime (or lack thereof) of consequence.

Living in a house full of guys does not exactly promote alone time. Even if you aren’t the type that necessarily needs to be alone, you are guaranteed to be walking into some awkward situations. Hint: Sex and sexual activities do not require the privacy they used to in the past.

16. Playing by the rules

The selection process at frats is absolutely that – a process. You have to abide by their rules and be the pawn in their game to achieve entry, even if you disagree.

“If it’s a brotherhood that you can only get into if you’re chosen through an interview process and wear a tux every day for two months, then no thank you. That just isn’t for me.” – Nick Pugliese, Loyola Marymount University ‘18

Register for dorm housing. You can stop reading this article now.

Yay! You’ve gained entrance into the band of brothers and now you have to do X, Y and Z, and you can’t tell anyone about it. How great is that? After you’ve been traumatized you can’t tell a soul.

“ The idea of being in one was cool, but I knew I wouldn’t enjoy the process of being initiated and going through the weird ceremonies. Fraternities just seem very cult-ish to me.” – Nick Pugliese, Loyola Marymount University ‘18

19. Fighting Keeps the family together?

Frat houses are not all fun and games. Did you know thirty-two fraternities belong to what is called the Fraternity Risk Management Trust and another seven bought their own insurance broker in 2006?

“In fact, hazing is the least common of the different kinds of injuries. Number one is assault and battery. These guys get really hammered and they start fighting.” – Caitlin Flanagan, author of “The Dark Power of Fraternities”

I’m not kidding. This is a serious issue among fraternities. Older fraternities have areas called “cold airs” or “rack rooms” that are rooms of bunk beds on the top floor with large open windows that kids often fall out of after one two many drinks.

“Sometimes this happens when guys open the window to pee or vomit, sometimes they try to step out onto a fire escape and they misjudge it – and they take devastating falls.” – Caitlin Flanagan, author of “The Dark Power of Fraternities”

Previous Post:Newsmax Editorial Intern
Next Post:5 Habits to Kick Before You Start Writing for a Magazine