You are here: Home / Life / 10 Movies Every College Woman Should Watch

Have you ever sat down during a movie and felt empowered watching a female lead save the day? Tell me you didn’t get goosebumps when Diana discovered that she was the god-slayer or when Elle Woods proved herself capable in the courtroom. As a woman, empowerment is a rite of passage and movies often help make us feel this way. Stories that depict the importance of friendship, self-love, self-care and show women breaking stereotypes and the glass ceiling can be incredibly impactful and empowering. I have selected, along with help from fellow female college students, the top ten movies college women should watch. Grab your girlfriends, a bowl of popcorn and get ready to cheer on some female powerhouses on the silver screen.

Check out the 10 best movies for women to feel inspired and empowered.

Bridesmaids, a classic girls-night film about a close friendship between Annie and Lillian, will have you rolling in laughter. Their friendship is tested when Lillian is engaged and her sister in law Helen helps plan the wedding. Annie feels left in the dust as her friend prepares for her wedding with new friends in tow. “It’s a different take on female empowerment—how to pick yourself up when life just isn’t going your way,” University of Missouri at Kansas City freshman Aly Englander said. “And how important female friendships are.” Bridesmaids depicts the real value of female friendship.

Missouri Western senior, Theryn Johnson, chose the movie Girls Trip. “It just is all about friendship and maintaining them for years,” Johnson said. “Friends are literally everything.” Four friends travel to New Orleans because the main character Ryan Pierce has business but still wants to be able to have their annual friendship reunion. Friendships are tested when Pierce learns that her husband has been cheating. She attempts to put on a fake front but soon realizes that her friends can see through it and are always going to look out for her. Her friends gives her the courage to tell the truth and change her situation.

When Becca first starts off college her dreams are to become a DJ and move to Los Angeles. When she meets an acapella group on campus called the Bellas, Becca uses her unique style in remixing songs and her friends realize she is trying her best to help them win a serious competition. By mixing it up, she ultimately brings the gang closer together. This movie shows the true impact of how friendships have their ebbs and flows and how through their shared experiences the bond of friendship can only make them stronger together. This is a movie to watch with your best friends for the ultimate girls night in.

Mamma Mia tells the story of female friendship and the relationship between mother and daughter. Sophie and Donna’s relationship is tested when Sophie decides she wants to find out the identity of her father. In a swing of dancing and singing, Donna gets the shock of a lifetime when three ex-lovers show up in town for Sophie’s wedding. “It’s about having fun with those around you and living in the moment,” Missouri Western sophomore Sammy Ogdahl said. Mamma Mia will have you singing, dancing and planning your next trip to Greece.

Although this chick-flick may also be considered controversial in the eyes of its audience, it tells women that self-care is important. Jane has always looked out for her younger sister Tess ever since their mother died. In doing so, she forgets that she needs to be taken care of too and that thinking about herself and her wants isn’t such a bad thing. “Not only does it show women to be there for your friends but to also remember to take time for yourself,” said Missouri Western junior Lilly Young said. “And to find that special person in your life, very inspiring.” Watch this when you need to remind yourself to “treat yo–self” and have a fashion show of the dresses in your own closet.

6. Netflix’s Nappily Ever After

In this film main character Violet Jones struggles with people’s perceptions of her—specifically her hair. As an African-American woman with naturally curly hair, her mother raises her to believe that as long as you have straight hair and keep up a great appearance, everyone will love you. Jones, who has done everything her mother told her while growing up, has the perfect man, career and looks. It’s when she is forced to look into herself that she decides to shave her hair off and gain her confidence from within. “They will see that they don’t need to make a man happy, they need to make themselves happy,” North Central Missouri State freshman Rachel Stobbs said. Stobbs loves this movie because it shows women that they can feel empowered without feeling like they have to be held on a pedestal.

Legally Blonde may not be on the top of everyone’s list as female empowerment but this movie does show how a stereotype and glass ceiling can be broken. Starring Reese Witherspoon as a young, blonde, sorority woman who decides to take on the challenges of Harvard Law, this movie breaks female stereotypes and teaches you how to bend and snap. Elle Woods studies hard to pass the LSAT, finds her self-worth and makes lasting friendships. Throughout the story, Elle has to prove to not only hard professors but to herself that she is capable. This shows women in college that, no matter how hard or challenging something feels you can and will conquer it. “What, like it’s hard?”

During the launch of the first man to space, America was in a rush to beat the Russians but could not do so without the help of African-American women working at NASA. This was inconceivable to everyone in the 1960s. Women with brains? Preposterous. These ladies, Katherine Johnson, Dorothy Vaughan and Mary Jackson, were the real women who helped aid the first man trail–blaze into space by using math and science to help guide their way. This true story empowers any woman to know her strength and brains can accomplish more than what any man may tell them.

For any women who are searching for their independence in college, this is a must see. It follows Katherine Watkins in the 1950s, at a time when most women attended college to find their future husbands. Watkins, an art history professor at Wellesley College, stands against social norms and believes that women should be independent. She would be considered a modern feminist in a time where women were forced to conform. University-driven women should watch this film because it shows how far women have come to gain their individuality and how standing up for what you believe is never a bad thing.

If you’re seeking a movie that will inspire and empower you, Wonder Woman should be your go-to movie. On an island with no men, Diana Princess of the Amazon is raised to be a princess. Starting from a young age, she trains to become a warrior against her mother’s wishes. When a man washes up on shore with news of the Nazi invasion, Diana believes this evil to be the work of Ares, the god of war. Wonder Woman teaches women that you are stronger than you think and how to see the good in all of humanity. 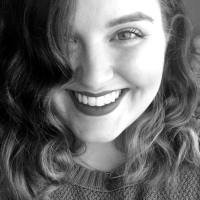