You are here: Home / Campus life / 15 Free Things to Do in Boston

No one wants to spend money when they don’t have to—especially if it’s not for food or other necessities. With so much to do in and around the city of Boston, you don’t need to spend any money for a good time. Take in Boston’s breathtaking scenery or hunt down secret shoe stores and a keytar-playing bear.

Leave spending money for a day of fun to suckers. Try these 10 free things to do in Boston.

1. Make a good use of your old hiking boots at the Great Blue Hill

Take a day to drive 30 minutes out of the city to the Blue Hills Reservation. You can bike through the woods, take a leisurely walk or hike up to the rocky summit for a fantastic view of the Boston skyline.This moderately steep trail begins from the Trailside Museum and can get a bit rocky at some points. If you’re looking for an easier alternative for one of your Boston hikes, hike the paved access road to the summit. You get a similar view of the city without the rockiness of the more difficult path.

2. Line up the streets and cheer for the Boston Marathoners

Come out for Patriots day, one of the most fondly celebrated holidays in Massachusetts that falls the third Monday in April. Don’t forget to cheer on the Boston Marathon runners. Thousands of people gather on this route that runs 26 miles 385 yards, starting in Hopkinton and ending in the heart of the Boston. Cheer on the runners for hours on end. High-five and give support to the runners running out of steam as they power through the last few miles.

Translation: Park your car in the Harvard yard. Even if you don’t attend Harvard, you can definitely appreciate this grassy 22.4 acres enclosed by 27 gates that just so happens to be the oldest part of Harvard University’s campus. Spend some time in Cambridge and visit Harvard Square to take in the historical Harvard buildings from the 18th and 19th centuries. While on campus, check out the Harvard Museum of Natural History or the Harvard Art Museum, and reap the benefits of free or discounted admission with a valid college student ID.

4. Squat your way up the Bunker Hill Monument

This monument gives you a great view of the city, but with a small catch. You have to climb up the 294 steps to get there. With no elevator to help you out, you’ll give your glutes a workout, but you better believe that the view makes up for it. “If you ever want a short hike in the city, I’d say Bunker Hill monument is the place you’ve been looking for. It can be a bit crowded when you get to the top, but the view is definitely worth it,” Boston College sophomore Leo Reagan said. Anyone looking to climb the monument needs to get a climbing pass from the Bunker Hill Museum. The museum hands out free passes on a first-come, first-served basis, so get there early.

A Boston hidden gem near Northeastern University, this sneaker store disguises itself as a dingy, run-down convenience store. The front of the store reminds you of a typical New York City bodega, cluttered with stickers and flyers and random junk you’ll probably never need to buy. But don’t let this fool you. Head to the back and step on one of the tiles on the floor. Trust me, you’ll know it when you see it. The Snapple vending machine will slide away right before your eyes to reveal a sleek shoe store. Yup, just like the movies.

6. Time travel through American History in the Black Heritage Trail

Narrow-stoned alleys and red-bricked walls covered with gardens make Beacon Hill the most distinctive neighborhood in Boston. You will find the most unique small shops after every gas light that lines up the street. But Beacon Hill also hosts the historic black heritage trail, consisting of 14 sites that reflect American history. “Walking around Beacon Hill is the most delightful weekend plan,” Boston College freshman Daisy Boyle said. “It is specially charming in the fall because the red leaves match the red bricks that line up the street.”

7. Grab your binoculars and look for the Keytar Bear

Take a few hours and search for the Keytar Bear playing on a street corner around Faneuil Hall or near a bench at one of the MBTA stations. Playing an old keytar and wearing a withered, worn down bear costume, this street performer is a bit of a local celebrity here in Boston. Keytar Bear has a loyal following and even his own Facebook page. When you stop Facebook-stalking your ex, take the day to join the Keytar bear’s groupies.

8. Save your appetite for a free lunch at Quincy Market

Yup, you read it right: free food. Every Wednesday, Quincy Market hosts an International Food Festival, where you can have a bite from practically every corner of the world. “Quincy’s International Food Festival was the most important thing I learned the whole semester,” said a Suffolk University sophomore. “Of course, they do not give you a whole free dish, but trust me, you’ll have enough if you taste all the samples they have to offer.” Plus, there are so many stores lined up around Faneuil Hall, and the North End is just a short walk away.

9. Lace up your boots for the Boston Freedom Trail

The city of Boston overflows with history. The Boston Freedom Trail is a 2.5 mile route, lined with red cobblestones, that takes you to 16 historical sites in Boston. The sites include Boston Common, Old South Meeting House, Old State House, the Boston Massacre site, Paul Revere House, Copp’s Hill Burying Ground, the USS Constitution and the Bunker Hill Monument. The trail itself won’t cost you a penny, and most of the sites won’t as well (though they always welcome donations).

10. Sit back and relax at the Boston Commons

With sculptures, flowers and lakes, Boston Common is an oasis from the huge brick buildings scattered throughout the city. During the summer, you can hop onto the famous swan boats and row across the lakes. Or over the winter, you can ice skate to the rhythm of Christmas carols on the Frog Pond. “Last summer we picnicked with my friends right beside a lake the week before finals. We enjoyed free music and met a lot of people in just one afternoon,” Boston College sophomore Antonia Pulido said.

11. Snag free tickets to the museum and the aquarium

With a Boston Public Library card, you can explore the Museum of Science and New England Aquarium for free. Just make a reservation in advance and grab four of your closest friends. One BPL library card gets you four free passes to the Museum of Science and the Aquarium. However, you can only get free passes for the Aquarium during the school year, so make sure you pick one up before the semester ends.

12. Turn your nerd mode on at the Boston Public Library

Since you already made your trip there, you might as well take a break from your every day study setting. Although the Boston Public Library is one of the most valued book collections in the world, it is also the home of many art pieces and exhibitions. You can take your books and your laptop to study under the white domed ceiling in the light of its classic green lamps. “I don’t think I’ve ever been as focused. The Boston Pubic Library is one of the places that students in Boston should use as often as possible,” Boston College sophomore Thali Boruchovitch said.

Tour the Sam Adams Brewery for a drink and a historical lesson all in one. You’ll learn all about the history of the Samuel Adams brand, experience the entire craft brewing process, taste the special malts used to brew Samuel Adams. The best part? You get to sample a few of their award-winning beers. They don’t take reservations, but instead hand out tickets on a first-come, first-serve basis. So get there early. You don’t have to pay, but the Brewery suggests a $2 donation to help benefit local charities. And let’s be honest, helping charity will be the best thing you ever do while tipsy.

Apparently, Wednesdays are the best days to enjoy everything that Boston offers for free. Hop on the T and take a trip to the artistic exhibits of the MFA. They offer free admission every Wednesday from 4 p.m.-9:45 p.m. “It is an amazing museum full of art by renown and emerging artists,” Boston College junior Bernarda Margos said. An entire afternoon is not enough to get to see everything, so you might as well go back next Wednesday too.

15. Get yourself comfy for star-gazing at the Coit Observatory

Head over to Boston University every Wednesday night at 8:30 p.m. in the spring and summer and 7:30 p.m. in the fall and winter for the Public Open Night at the Observatory. Observe the beautiful night sky through telescopes and binoculars and see things you otherwise might not get to see, like constellations, nebulae or galaxies, and learn some astronomy at the same time. “It was so relaxing to just lay down and stare at the sky. Sometimes we can get so focused on our student life, that we forget to look beyond that,” Boston College freshman Alejandra Wright said. Escape from the stresses of college for an hour and gaze at the stars. 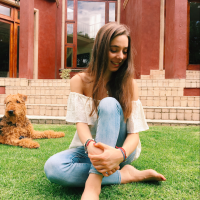