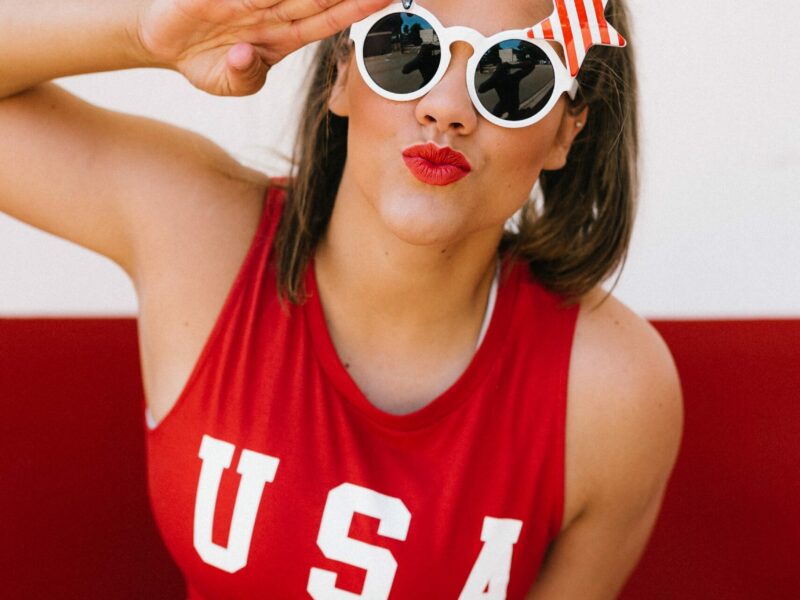 While this holiday gives people a short break, many people will go to the beach, prepare fireworks or hold different parties and barbecues to celebrate the birthday of the nation. Nevertheless, do you really understand the origin of the Fourth of July and the history of American independence? If you shook your head and said no, don’t worry.

Keep reading this article to learn about the significance of this holiday:

Let’s go back to the important historic moment.

Before the founding of the country, Great Britain kept occupying America, which turned into the 13th colonies that Great Britain established around the world. In 1607, they settled the first colony in Jamestown, Virginia. Their occupation extended far beyond Maine to the Altamaha River in Georgia. Until the 17th century, many European countries, majority led by Great Britain, continued to colonize America.

After the 17th century and a large portion of the 18th century, Great Britain already controlled 13 states as their colonies (mainly on the East Coast) which included Massachusetts, New Hampshire, Rhode Island, Connecticut, New York, Pennsylvania, Delaware, New Jersey, Maryland, Virginia, North Carolina, South Carolina and Georgia. A lot of tension started to grow when Great Britain tried to gain more control within the colonies. As a result, the colonies started to seek independence for themselves and for their country.

Some of the significant events, such as the Boston Tea Party and Boston Massacre, developed into huge triggers for creating conflicts between the Great Britain administration and the American colonies.

In April 1775, the Battle of Lexington and Concord broke out in Massachusetts, marking the first time the colonies stood up for themselves and directly battled Great Britain. This highlight declared the beginning of the American Revolutionary war.

After America’s revolution, in 1776, the Congress held a meeting in Philadelphia. Richard Henry Lee, a stateman from Virginia, proposed that Americans should become independent after many years of colonization by Great Britain. Luckily, they approved this proposal. The Congress voted in favor of separation from Great Britain on July 2. This approval specified the official declaration of independence of America.

At this point you may wonder, since the United States became its own nation on July 2, why do we celebrate this annual holiday on the fourth? According to history, Thomas Jefferson along with fellow committee members John Adams, Benjamin Franklin, Roger Sherman and William Livingston addressed the Declaration of Independence for America. Unfortunately, the crew didn’t finish drafting this important document until two days later. Therefore, Congress pushed back the date of the actual independence of America. On July 4, 1776, the Declaration of Independence officially came out; thus, the United States finally turned into a free nation. In 1783, the United States eventually defeated Great Britain and began to stand up to the world as a complete nation.

After learning all about the history of American Independence Day, do you know how people usually celebrate it?

One of the long-standing traditions for people to celebrate this vital holiday involves playing with fireworks. No matter your location on the Fourth, either by the beach or in your own home, you can definitely hear the sound of different fireworks and a lot of screaming from people. In addition to buying these huge fireworks, many young kids also love to play with hand-held sparklers. You can draw pictures, circle different shapes or even write your name in the air. Although the use of fireworks and sparklers can bring so much joy in celebrating Independence Day, we need to make sure to light those up correctly to not hurt ourselves or other people.

Moreover, you shouldn’t miss the opportunity to commit to the patriotic theme and wear some outfits that relate to the colors of the American flag – red, white and blue. The Fourth of July also fills the streets with countless parades. If you wander around with your friends or family, you will notice people gathering around along with beautiful music, yummy food and fun activities to celebrate Independence Day. Don’t be shy and feel free to join different marches. Nothing better than getting together with a lot of people to celebrate the birthday of the United States. The Fourth of July is a very important holiday for the citizens because it represents the country’s endless efforts to fight for freedom and independence for the people.

Xiaotong (Maggie) is a second-year international student majoring in print and digital journalism at Penn State. She aspires to be a journalist who can positively influence the public. In her free time, she enjoys writing, working out and traveling.

Previous Post:Top 10 Places to Visit in PA This Summer
Next Post:Top 10 Shows to Binge Watch with Your Summer Freedom