You are here: Home / Life / Freshmen / Why I Love Being The Little Fish In The Big Pond

I was extremely thrilled about the opportunity to leave my hometown in Brazil and come to the United States for college. It was so easy to answer the question, “Why do you want to study abroad?”

Penn State had everything I saw in the movies and dreamed so much about football games, tailgates, Greek life, as well as an exemplar program for my major.

The truth, however, was that I had one more answer to the question. I wanted to go abroad because I wanted to start again in a place where no one knew me. After going to the same school for over ten years and studying with the same people since elementary school, it was easy to fall into stereotypes created by my peers and be perceived as the goody two shoes that didn’t match my personality anymore. I didn’t like knowing that most of the people still thought that I was the same person since elementary school.

When I finally arrived at my university, I felt like I was just one person among many others. There were hundreds of clubs I could join, dozens of people sharing similar interests and hundreds creating exciting projects. And, to my surprise, people were expressing their passions unapologetically. Not only were they doing the things they wanted, but they also showed pride in being active and showing their work.

People in the clubs made sure to accommodate you and incentivize you to do your best. I made many friends. Even though they didn’t share the same interests that I did, they still made sure to read what I had and follow and share the socials media channels I managed for clubs and internships.

I soon realized that while I was physically present at the university, I was still mentally stuck in high school, the place I wanted to leave so badly. Everywhere I went, I was seeking validation from my college peers because I wanted to look cool.

I was hesitant to show them the articles I wrote and snippets of the book I was writing because I was scared of being made fun of.

I would always second guess myself. I would keep asking my friends if the essay was really good before publishing. Before going out, I would always feel the need to ask if my clothes were too childish or too revealing. I would be scared of approaching kids that matched the characteristics of the “cool kids” in my school.

It felt like I couldn’t let go of that constant feeling that I need to prove myself even though no one cared.

No one cared if I was running around campus interviewing people for a marketing piece for the admissions office, if I was writing about breakups in a student publication or if I was spending the night baking to fundraise for Nothing But Nets with a club. No one ever judged me for anything that I was doing.

And turns out, that anonymity was exactly what I needed. Without the constant fear of someone judging me, I was finally able to explore my skills and passions more openly. I was finally able to write, make posts and just be my normally bubbly self without fearing someone would make fun of me.

These students that looked “too cool” at my university were also very approachable and not once did I feel the need to cover my true personality next to anyone. For once I felt like I was in a truly welcoming environment full of people who were also just trying to find their way through college.

Being this small fish in a big pond like Penn State gave me the opportunity to explore different areas and meet people from all over the world.

After the coronavirus happened, and my school moved online, I had to come back to my hometown in Brazil. I was extremely apprehensive of coming back to the same environment I grew up in with the same people that once made me feel unsafe to express myself.

In the beginning, I had a hard time readjusting back to my hometown and I was cautious of showing the new me I had discovered in college. It took a full month of keeping in touch virtually with my college friends to be reminded that everyone is just trying to get by and maybe the kids that made fun of me are just insecure.

With this new confidence, I found in college, I am managing to stay positive during this online semester. I have applied the things that I learned living on-campus at Penn State to my life here in Brazil and I even started talking to people from my previous high school that I had never talked before. Being the small fish in a big pond taught me that everyone else is also swimming through the flow, and that is a lesson I will never forget. 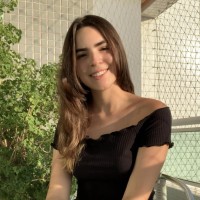 Yeah, I’m That Girl Still Addicted to the Juul in 2020
Next Post: Websites 101: How to Make a Digital Impression They’ll Remember