You are here: Home / Campus life / University of North Carolina Chapel Hill / Whoever Said You Have to Feel FOMO?

Here at the University of North Carolina at Chapel Hill, we take our school spirit seriously. And why shouldn’t we? We’re one of the nation’s oldest public universities. Chartered by the NC General Assembly in 1789, construction began near the ruins of an old chapel in 1793 and concluded with the doors opening in 1795.

As is customary with a centuries-old university, we have a myriad of special rituals we honor on our campus. They include drinking water from the Old Well on the first day of class to get a 4.0 at the end of the semester, streaking in the library on the first day of finals and laughing at the long-dead builders of Wilson Library after hearing the Bell Tower was erected directly behind it to act as a giant dunce cap for the whole building.

But none of our rituals are nearly as important as rushing Franklin Street after a big win. It’s so important to our university that it almost deserves capital letters: The Rushing of Franklin Street.

This ritual feels about as chaotic and destructive as it sounds. Picture every college riot you’ve ever seen, but worse. You’ll find fires in the street, people climbing lampposts and hundreds of students dropping everything to run to Franklin Street from any spot on campus. But the worst part about Rushing Franklin is the loss of autonomy that comes with it. You can easily get caught up in the flow of people around you, all jostling, screaming, cheering and drunk-crying.

Which brings me back to Monday night, April 3rd. The UNC Tar Heels have just beaten Gonzaga in the 2017 National Championship. Logically, the next thing for us crazy college kids to do means rushing Franklin. Duh.

My only problem? I’m not a huge fan of people.

The idea of running out into the street to fling myself at the thriving mass of drunk, adrenaline-high college kids sounds absolutely appalling. Once you’re out there, you can only hope they accept you into their fold. If not, you’ll find yourself abandoned to die like Mufasa in Disney’s The Lion King.

But there’s a point where you need to set all introvert and awkward social tendencies aside for school spirit. And that’s what I tried to do on Monday. It didn’t really end up working out in my favor, but I did learn an important lesson.

Between the bodies of riotous college students and under the disapproving stare of police and other emergency officials preparing for the worst, I realized something. Although Rushing Franklin is a time-honored Carolina tradition, I don’t have to participate. Hardened adults and cynical senior have told me over and over that college equals the best four years of my life. They always said I should go out and party while I have the chance. But if I don’t enjoy that, I don’t have to do any of it.

This may seem like a really simple concept to some, but for me it felt like quite the revelation.

So I’m passing on my own slightly corny words of wisdom in the hopes that they might help any shy, struggling college students. At the very least, you may read this and come to your own conclusion about yourself now so you don’t have to do it later—while suffering under the eyes of watchful cops and squeezing between drunk, screaming undergrads.

Here it is: Don’t let FOMO turn you into someone you’re not. If you’re shy like me, just stay true to your introverted self. Don’t let anyone else’s grand ideas of college life influence what you want college to be like. It is, in fact, your college experience, so get what you want out of it.

Every school has its own Rushing Franklin tradition. If you want to participate, then by all means, enjoy your wild and crazy night with kudos from me. But if you’d rather stay in and look out at the insanity from afar, then you go for it, knowing that FOMO is A) ridiculous and B) a really stupid reason to do something you’d rather not. 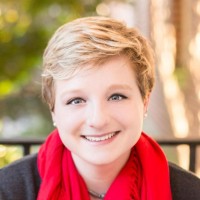 How to Prepare For Your Next Emergency Room Visit
Next Post: 10 Graduation Party Ideas Better than Your Pinterest Boards