You are here: Home / Writers / When Should You Use the Oxford Comma?

While you sit at your desk and try to write that finicky paper that you had procrastinated on, you write a list of nouns, “a, b, and c.” Except you question now, hours before your paper is due, do you put a comma before the “and” in this list? You cannot recall whether omitting the comma or including it follows the format your professor laid out for you in class. And you know language lovers debate this issue with the fervor of presidential candidates in the last debate before the election. What should you do? People typically call that comma before the “and” the Oxford comma, also known as the serial comma.

To use or not to use the Oxford comma?

Why Call It the Oxford Comma?

Britain tends to not use the Oxford comma, whereas American publications continue to use it. Every publishing house or press in either country has its own house rules, its own standards about punctuation matters like this. “Generally speaking, there are lots of exceptions, I mean the Oxford University Press, that’s why it’s called the Oxford comma, because they use it. That’s part of their standard house practice.  But many British publications, newspapers just like the New York Times and I imagine many other American newspapers don’t use it,” University of California, Los Angeles Professor Gallagher said.

Back in the Day

If you remember your K-12 years, English teachers usually said that the use of the Oxford comma remains largely optional and up to the writer’s preference. If I recall correctly, my elementary school teachers used to say that the Oxford comma indicated an old trend, and in modern times had fizzled away into disuse.

However, upon entering college as an English major, I saw that the Oxford comma remains very much in use. In fact, the famous comma has garnered a kind of controversy around it. Perhaps controversy does not perfectly describe the situation, but rather something a little more nuanced than “writer’s preference” as your elementary school teachers called it. Nevertheless, there exist two different schools of thought: those who entirely support the use Oxford comma and those who dissuade its use.

What arguments support the use or disuse of the Oxford comma? After all, a simple punctuation mark usually does not deserve such fierce discussion surrounding it. “One reason for the non-use of the Oxford comma would be that it’s considered to be not necessary. In other words, the conjunction ‘and’ basically satisfies the need to mark the end of the series. That’s what the ‘and’ does, it basically says, ‘Okay this is the last item.’ Therefore, why would you need the comma? The response to that, and the use of the Oxford comma, would be, ‘It’s a series.All the items in the series ought to be marked by a comma following each new item, and to have the punctuation be internally consistent.’ In other words, the ‘and’ actually does not replace a mark of punctuation, [‘and’ is] another word. It’s not a punctuation mark, you still need to have the comma at the end of the series,” Professor Gallagher said.

In favor of its use, the Oxford comma primarily acts to clarify possible ambiguities that often pop up in the English language. “I am totally in favor of the so-called Oxford comma for all writing since it disambiguates otherwise ambiguous sentences: If I write, ‘Jack, Jill, and Romeo and Juliet came,’ we realize that Romeo and Juliet somehow belong together, but if I write, ‘Jack, Jill, Romeo, and Juliet’, they are four individuals on the same level. Of course, I could also write Jack and Jill, Romeo, and Juliet in which case Jack and Jill are the ‘couple,’” University of California, Berkeley Professor Daniel Boyarin said.

For some in academia, the Oxford comma remains a British versus American issue. Who would have known that Britain and the U.S. still have their differences? “It’s a Brit thing, and they hated it; they hated the Americans’ extra comma. But the Americans, the editor would add the comma if you don’t have it. I see why the British hate that. Because they feel that, you know, ‘Why have an extra comma, which interrupts the flow of the sentence?’ So the British, at least my British friends, generally feel that the fewer the commas the better. It’s just a matter of usage. I do not feel that one is better than the other,” said University of California, Los Angeles Professor King-Kok Cheung said.

Should You Use the Oxford Comma or Not?

Most of the time, when writing lists of nouns ambiguities do not appear. However, in certain cases, as Professor Boyarin’s example displays, ambiguities do spring up to garner the use of the Oxford comma for the sake of clarification. In the end, the usage of the Oxford comma really does boil down to preference, especially based upon the audience that will read what you write. If you write for an American and academic audience, you should probably load up on the Oxford commas. If not, these experts would advise against it. 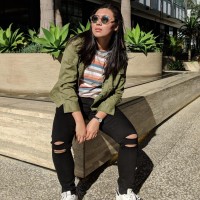 10 Inspirational Gifts to Get to Spark Someone’s Creativity
Next Post: 24 Things to Do in West Chester in 24 Hours