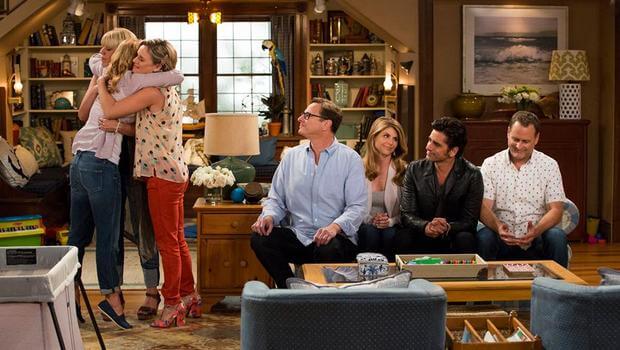 North Philadelphia gets a bad rap. People watch the news and read the papers and see a part of Philly that they don’t list on the Visit Philadelphia website. However, the esteemed Temple University brings in thousands of intelligent and driven students to North Philly each year. The elite programs in film, media, and music attract the best of the best students. Some of Temple University alumni became into names we hear every day, from celebrities to sports commentators to politicians.

Take a look at some of the Temple University alumni that the university calls TEMPLE MADE.

Everywhere you look and everywhere you go at Temple, you’ll hear about this famous alumnus. Bob Saget played Danny Tanner in the hit TV show Full House, with its theme song played over and over again in the heads of 90s babies. Saget originally planned to pursue a career as a doctor but lucky for the producer of Full House one of Saget’s high school teachers changed his mind. He attended Temple University and majored in film in the School of Communications and Theater. After graduating in ‘78 he made his way out to California and into the film industry. Make sure you tune into Fuller House on Netflix (or old re-runs on Freeform) if you want to satisfy your Bob Saget fix. “Danny Tanner is my favorite character from the show. I remember staying up late to watch Full House on Nick at Night,” Temple senior Maeve McCann said.

Do you know the classic comedies, Step Brothers, Talladega Nights and Get Hard? If you watched any of these movies at some point (or over and over again), then you know the director, Adam McKay. He graduated from Temple University’s film school and went on to work in Hollywood. McKay works closely with Will Ferrell for a lot of his movies, too. “I love when actors and directors work together consistently. They form a bond that helps them work well together to turn out the best possible product,” Temple senior Hayley Segraves said. Talk about living and breathing comedy 24/7. He even produced and directed some movies like Anchorman, The Other Guys and Tammy. What a massive movie repertoire under his belt. Next time you sit down and watch any of these films just know that Temple Made these.

Every Owl wants some Oates in the morning, and we don’t mean the breakfast food. Gym Class Heroes and The Killers, along with other artists, sampled styles from this Temple alumnus. John Oates, from the famous band Hall & Oates, came from Temple University’s music program. The band formed in 1972 and signed to Atlantic records, yet we can saw this classic band might not exist without Temple, where Oates and his bandmate met. They went on to make 21 albums to date which sold tens of millions of copies world-wide. Throughout their time they scored 10 number one hits along with over 20 top 40s. We shouldn’t toot our own horn… but you can find Temple on tons of charts.

One of the greatest soul singers of the 70s and 80s generation found their start at Temple. Not only did he find his start, but he found his partner in crime to produce multiple billboard top number one hits too. Daryl Hall went to Temple and majored in music. He met freshmen John Oates his senior year and they later formed the iconic rock band. Hall said in an interview years ago about the start of the band, “John and I got in a fight in the middle of a dance at Temple and I don’t know what happened after but things just clicked.”

Turn on Sportscenter at any point in the day to catch up on scores and you see Kevin Negandhi. He did all things communications at Temple. While at the university he worked as sports editor for The Temple News and as an anchor for Temple Update. “As an aspiring sports journalist, it is an inspiration to see someone who sat in the same seats I am in now and is living my dream,” Temple junior Graham Foley said. He made his way up to Fox News in Philadelphia where he worked as a broadcaster for their high school sports show. Along the way he picked up three Associated Press awards for “Best Sportscaster” before working for ESPN. From the small student run organization to the big time national stage at ESPN in Connecticut, Negandhi makes everyone Temple Proud.

Paging Dr. Jackson Avery. Temple alumnus Jesse Williams stars as a heart throb doctor from Grey’s Anatomy. Before starring as the doctor of every teenage girls’ dream, Williams got a dual degree in African American Studies and Film and Media Arts. After graduating at Temple, he taught African Studies, American Studies and English in the Philadelphia public school system. We love an educated man, don’t we? “He is my favorite actor on the show and it just makes things even better that he is from Temple,” Temple senior Yvonne Olson said. After those six years, he left to pursue a career in Hollywood on the big screen where you still find him today.

Imagine graduating and 10 years later you receive one of the highest pay checks in the world. For Temple graduate program alumnus Kunal Nayyar, that happened. According to Forbes Magazine, he ranked number three on the list of the World’s Highest paid actors in 2015. Nayyar stars as Doctor Rajesh Koothrappali in the CBS sitcom Big Bang Theory. He moved from New Delhi, India to pursue a bachelor’s degree in finance from the University of Portland. He later came to Temple where he earned his Masters of Fine Arts in Acting. That degree sure paid off when he got his role on the nation’s number one sitcom. Nayyar loves Temple, too. He’s a very active alumnus and even donates scholarship money, including a donation of $300,000 in 2018.

Started from the bottom now we’re here. This famous DJ enrolled at UCF but then transferred to Temple University to continue his studies in film. What a great idea that was. Diplo found his start in fraternity basements and house parties when he DJed on the weekends. Post-graduation from Temple he worked a few jobs as a social worker, after school mentor and movie theatre employee. Barely able to pay rent and just scraping by, he found his way into the Philadelphia DJ scene as a gig by gig DJ. He threw parties with fellow DJ Low Budget under the name Hooked on Hollertronix. Their popularity picked up quick. Now, he works with superstars like Beyoncé, Chris Brown, Usher and Justin Bieber to produce music videos and the occasional DJ appearance. “He is an incredible producer. Somehow, he is always one step ahead of the game with what is going to become popular in music,” Temple senior Hannah Burns said.

If you live and breathe NBC (or simply watch it occasionally) then you probably see this woman. Tamron Hall graduated from Temple University with a degree in broadcast journalism. She hosted a variety of different shows while working at NBC like MSNBC Live, Today’s Take and the third hour of Today. In summer 2016, the Discovery Channel premiered a new special called Guns on Campus: Tamron Hall Investigates which honored the 50th anniversary of the tower shooting at the University of Texas at Austin. Hall acts as just one of the many inspirations for you Temple journalism students, someday you could end up on the big screen.

Every elite university prides itself politically affiliated alumni… if that’s good or bad, you decide. Temple just so happens to be the alma mater of the ex-mayor of Philadelphia, John Street. Mayor Street got elected to two terms as mayor, which stretched from 2000 to 2008. During his terms, he managed to fix some housing issues in the city which allowed the value of houses to increase significantly. He also managed to help the Philadelphia Public School system get back on the right track and headed in the right direction. Last but not least, he even teaches some political science classes at Temple to give back to his alma mater.

Previous Post:The Truth About Long Distance Relationships: Are They Worth it?
Next Post:10 Airlines that Offer the Best Student Airfare