Goosebumps rise all over your arms as you walk into your home stadium. Saturdays in the fall semester are for college football. The fans roar, “fight, fight fight” or “win, win, win” until they erupt into screams when their team scores a touchdown. A sport steeped in tradition, joining in on the pre- and post-game hype along with the game must make your to-do list. And at these 10 college football stadiums, you can count on lots of W’s, a packed stadium, amazing fans and a surreal atmosphere.

Notre Dame has more than the Luck of the Irish on their side. The student spirit at this university is unmatched. The Band of the Fighting Irish makes up part of why 70,000 roaring fans fill up the stadium every home game. Before game day, fans head to Football Friday, where they can take a free Friday Stadium Tunnel Tour to get an inside peek of the behind-the-scenes action. After the tour, catch the student pep rally for an unforgettable Irish Poms Squad performance, held at a new location each week. Before kick off on Saturday, catch the Bagpipe Band and the Glee Club showing off their school spirit around campus. Still not feeling pumped? The Notre Dame Cheerleaders and the Leprechaun will keep you hyped-up during the game that’ll make you see four-leaf clovers everywhere in its quake.

Beware the visiting teams that dare enter Death Valley (AKA Memorial Stadium). Fans deck out in orange outfits for Tigers games. This stadium maxes out with 81,500 on a regular basis. The Clemson football hype lives up to its reputation as soon as you step into the sea of fans wearing orange and paw prints. The game begins when the team takes their traditional run down the hill and onto the field. But first they touch the infamous Howard’s Rock to bring them good luck. “We went as University of Miami fans to Clemson in the fall of 2005. We started getting passes for Clemson the next year. The energy of 80,000 fans in orange going crazy as their Tigers rub the rock and charge down the hill is electrifying,” said season-pass holder Rick Talford. Win or lose, tailgate before and after the game—the line-up of dedicated fans goes for miles past the stadium.

O-H-I-O! Prepare to lose your voice after attending a Buckeyes game. This classic cheer can go on for 10 minutes straight. The double-deck horseshoe-shaped stadium packs an average of 106,000 fans. The intimate seating gives fans a great view from any seat plus it intimidates the visiting team. Buckeyes take their pride to the next level, even calculating how many buckeyes (nuts) it would take to fill the entire stadium: over 17.3 billion. Grab your barbecue before halftime. You won’t want to miss the  halftime show where the “best damn band in the land” spells out Ohio, dotting the “I” while performing “Script Ohio.” Back in 1965, they also started playing “Hang On Sloopy” at football games. The love for the song grew so strong that as of 2014, a bill passed to make it the Official State Rock Song of the State of Ohio.

You need to participate in more than the game to fully comprehend the Nittany Lion spirit. Average attendance ranges around 100,000 fans, making Beaver Stadium the second largest stadium in the nation. Join the other students in the “S-Zone” wearing white and blue, creating a large “S” throughout the student section. “Being at a Penn State game really is incredible. It’s like a palpable energy that gives you goosebumps. There’s nothing like the adrenaline rush you get from the opening kickoff or when Zombie Nation comes over the loud speakers,” said Penn State recent graduate Mark Kennedy. Keep your rally towels or shakers handy, as fans go crazy every time “Zombie Nation” plays during the game. If you happen to catch a Whiteout game, don’t dare show up in anything but white. After the “Code Blue” failure, fans took a different approach in 2005 with a Whiteout game against their rival. The turnout was enormous, setting the record for the largest attendance at a Penn State home game with 110,753 that they only just broke this season with 110,823. WE ARE!

We need more cowbell. The SEC ban on noisemakers from 1977–2009 never stopped the Bulldogs from sneaking in cowbells. “Stepping out onto the field, the cowbells were insane. The whole atmosphere was always crazy, especially from the student section. We have some passionate Bulldogs fans,” said former MSU Defensive Tackle Dakota Merritt (2007-2009). Witness one of the biggest tailgate set-ups for a college team at the Junction right outside of the stadium. You might even catch a glimpse of the mascot, a real bulldog named Bully. To bring the players good luck, the first mascot was buried under the 50-yard line. “The caretaker for the mascot has been doing so for over 30 years now… We always had a great support system backing us,” said Merritt. Because of Bully, MSU started the trend to play “Who Let the Dogs Out?” at a sporting event. And the Bulldogs jam out to “Don’t Stop Believin’” between the third and fourth quarter of every game.

Follow all the Texan game day traditions to get the full Aggie experience. The fun begins the night before game day, when thousands of fans gather on campus for the Midnight Yell. The cheering never dies down; the student section shouts several different Aggie songs throughout the game. Don’t worry if you don’t know the lyrics—they have their very own Yell Leaders in place of cheerleaders to help you along. Home to the largest military band in the U.S., you won’t want to miss this halftime show. And be sure to order a maroon shirt well ahead of time for the Maroon Out game. Fans once caused a temporary national shortage on festive maroon t-shirts for this annual event. And download the handy Texas A&M app to beat the traffic of 102,000 happy fans after a big win.

Get your ticket quickly if you want to catch a Lincoln W. This stadium has sold out for over 350 consecutive home games. The dedicated Cornhuskers show no sign of breaking this streak that began in 1962. On game day, everyone wears red. The hype begins when the band takes their march through campus to get to the field. From here, follow the “Sea of Red” so you don’t miss the Tunnel Walk, where all the players touch the lucky horseshoe before making their grand entrance. “I can always walk [into the student section] and find a group of friends to sit with,” said UNL freshman Jessica Weeder. “I love when we hold our shoes up in the air and throw bones for the third down.” Haven’t gotten your fix of Cornhuskers red yet? You’re in luck: After the Cornhuskers score their first points, fans release thousands of red balloons out of the stadium and into the city.

It never rains at Autzen Stadium. Rain or shine, the announcer starts every game off with those words. Start your day off in Tailgate Alley with fellow Ducks. Host your own small tailgate party or enjoy what Oregon State sets out for fans. Or fill up on drinks and Wild Duck Café Dip Nachos while enjoying live music at Ed Moshofsky Sports Center Food, Beverage & Entertainment. Whatever you decide, don’t miss kickoff. A person wearing a football helmet drives the mascot, The Oregon Duck, to the field on a motorcycle followed by the team. You never know which uniform they’ll sport. The team has at least 10 different game day uniforms. Keep your eye on the mascot during the game, too. After every Oregon touchdown, he does a push-up for each point of the new score on the sidelines. Scan the crowds for the Mascot Man, too. He carries a stuffed-animal version of the rival mascot for each game. And he plummets it to the ground after each Duck score.

It’s a bird! It’s a plane! It’s… a bird jumping out of a plane? Louie, UofL’s mascot, skydives into the Papa John’s Cardinal Stadium to kick off every home game. Before the big jump, fans tailgate in actual train cabooses set up outside of the stadium—a tribute to the school’s location. The average 54,000 fans in attendance get a warning 30-minutes prior to kick-off, courtesy of the stadium. The workers shoot off fireworks and sound the train horn, letting tailgaters know the time to find their seats has come. Stick around to the final whistle to watch the team gather with the band and student section to sing the school’s fight song, win or lose. If the Cardinals come out victorious, however, staying put means you’ll get to high-five the players as they take their victory lap around the stadium.

Why tailgate when you can sailgate? Husky Stadium sits on the border of Union Bay. Thousands of Huskies cruise on the ocean on game day. If you don’t own a boat, climb aboard Argosy cruises or other boat services to get you to the stadium before kickoff. Once on dry land, join 70,000 fans for the game of your life in an environmentally-friendly stadium. “Husky Stadium is… very sustainable. They are LEED certified and do a lot of good environmental things,” said UW junior Mike Callan. UW protects the environment and their fans, too. The metal roofing saves fans from the stormy Seattle weather and traps the noise to keep the hype going. Husky Stadium holds the record for the highest documented noise level for college football at 133.6 decibels, past the threshold of pain by 13 decibels. Take a break from the noise to grab the some quirky concession stand snacks, like salmon burgers and Asian noodle bowls. Make it back to your seat before the wave, though. This iconic crowd-pleaser originated in the Husky Stadium. 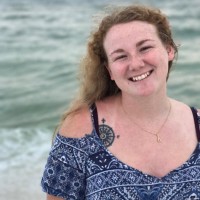 10 Grey’s Anatomy Gifts for the Shonda Rhimes Superfan in Your Life
Next Post: 25 Gifts for Foodies That’ll Make Your Mouth Water