You are here: Home / Career / It’s OK to Divorce Your Major

We spend 17 years in elementary school, middle school, high school and college. Somewhere along that journey you’re expected to discover your life’s passions and land a dream job. Even though college is filled with fun nights, lifelong friends and classes, there’s always that looming pressure to find a career that you could see yourself doing for the rest of your life. Talk about a lot of pressure.

But what if that doesn’t work out? What if you hastily declare a major sophomore year solely because you “have to”? Don’t panic. Your life doesn’t have to be defined by the classes you took Monday through Friday in your college glory days. Change your mind. Change your mind 100 times if you want. I caught up with three professionals whose paths lead in unexpected directions.

Find out how three professionals are killing it in the workforce today 20 years post-graduation.

1. Know unhappiness does not equal success

People constantly develop—especially during their early 20s. If you’ve found yourself dreading the eight-hour work days, your colleagues, the assignments, then why are you wasting your time? Of course every job has its downsides and “dirty work,” but you should at least enjoy what you do. You will prosper so much more in your job if you’re doing what you love.

If you’re worried about “wasting” your college degree, you’re not! Jeanmarie Giorgini earned a B.S. in nuclear medicine and worked as a sales and marketing nuclear medicine specialist with a manufacturer of nuclear pharmaceuticals. She currently pursues real estate with Saunders and Associates. “No college degree ever goes without value and can always be integrated later with personal strengths or options of great interest,” Giorgini said. “My science provided a way of thinking that I carried over to marketing and sales. I was able to use my strong understanding in science to communicate a difficult subject matter to the lay person.”

Okay, so you don’t like your current job or have no intention of becoming an English teacher as an English major. That doesn’t mean you have to throw away your education entirely. Utilize what you’ve learned and apply it to a different job. If you study English and writing, consider a job in journalism or marketing. You’ve developed a strong foundation of writing, so consider the professions that need those skills. You don’t have to follow the path that everyone expects.

Holly Daniel studied English literature, philosophy and politics at Wheaton College. She currently sells real estate, specializing in international relocation for large corporate clients at Weichert Realty. “I have always been in a sales position, and by default customer service, although in very different industries. Having exposure to a liberal arts education gives me tremendous flexibility in my career,” Daniel said. “In today’s world, career paths will change several times and I think the diversity in my major and minors set in a liberal arts environment enables me to quickly find a common ground with any client, which helps tremendously in sales.”

Change can be difficult—there’s no denying it. You’ll probably worry if you’re making the right decision. But before you question yourself one more time, stop and take a look at all you’ve accomplished thus far. You’ve probably finished or are almost done with 17 years of education. You’ve written dozens of papers (I don’t want to even think about how many words that would be), read several books, taken tons of tests, had a job or two and that’s just the tip of the iceberg.

Know your worth, your education and all the incredible attributes you can bring to a career. If you can communicate that to your future employer, then the sky’s the limit. “Reinventing yourself is hard. A person has to really buckle down and get to know the industry inside out and backwards before you can sell it to a consumer,” said Daniel. “Hard work always pays off and people appreciate the extra mile you are willing to go for them.”

4. Get Over Your Shyness

Just because you change your career path that doesn’t mean you have to start over entirely. Utilize all of those connections you made previously. Mary Garrett majored in radio journalism and film at Trinity University in San Antonio, Texas, but later pursued a career in finance. “You just never know who would be willing to help you out with either a job or a contact that could lead to a job,” Garrett said. “[My] neighbor was a big name network TV journalist who I should have contacted. I remember one snowy winter night he got his car…near the top of the hill of our neighborhood and I dug him out of the snow. I missed an opportunity because I was shy.”

Maintain positive relationships in your network so those individuals can vouch for your work ethic. That’ll hopefully lead to even more connections in a different field. My first internship boss in Manhattan told me to never burn bridges. Even if you leave one industry for another, you don’t want your past to come back and bite you.

Consider taking a class outside your major. You never know—you could end up really enjoying it. “High school gives you the basics, and college opens up a whole new world of areas to explore for career paths,” said Garrett. “Students should make the most of exploring new areas during college and challenge their initial plan as they mature both during and after college.”

The transition from college to your first job might not be easy. “The biggest transition from college to my first job was the overall time commitment,” remarked Giorgini. “It was much greater and I needed to budget my time more efficiently to maintain a healthy balance in my life.”  Unfortunately, the days of scheduling your classes after noon will soon be over. You’ll be expected bright and early, dressed impeccably before you know it.

Even if you think you’re entirely prepared for your first day on the job, there’s still so much for you to learn and experience. “Being willing to learn new things every day is exciting and important,” said Garrett. “Building on what you learned yesterday is also just as important as learning new things every day.” Adjusting to a career shift may feel awkward at first, but think back to the first time you started your ABCs in kindergarten. Everyone has to start somewhere.

So you want a divorce from your major—here’s how to make it happen.

Three semesters and 12 classes later, you’ve realized that you and your major are not meant for each other. Whether it’s because you claim irrevocable differences with biology or had an affair with business management, you’ve concluded that you hate your major. It happens to a ton of college students…so what do you do?

Find out what options to have to change majors depending on your year.

After getting to know Freud, you’ve decided that you do not want to be with psychology for better or for worse. Since this is only your first year and most freshmen have not gotten too far along in their majors, it’s easy to change it. “I used to be a public health major, but it seemed all I was learning was to tell people to wash their hands,” said Tulane University junior Stephanie Mock. “I then got a change of major form, got the department heads’ signatures and then it was complete.”

Students often do not change their minds until they have taken more courses in their major and recognize it’s not for them. “I used to be an environmental science major until I took a geology course and realized I didn’t like looking at rocks all day,” Elizabeth Stone* explained who is now an environmental studies and international development major. At this stage, you can change your track and still complete the new major in the next couple of years. At many schools, doubling up on your core courses for a few semesters can put you right back on track with the rest of your peers. Classes that were once considered “major” classes to complete your degree can easily transfer over as elective courses.

If you do not have much time left in your four years of undergrad and you realize that your major isn’t for you, University of Iowa academic advisor, Jenni Stacy-Adams said it’s not too late to “pursue other interests.” She recommends double majoring. There are certain majors that only require about 30 credits, and a double major makes a student stand apart from his or her peers.

If graduation is coming up but you truly regret that history major, you can still add or switch majors and graduate a little later. Sara Burden, a career advisor at the University of Iowa, said, “If this student is willing to put forth an extra semester or an extra year or two to pursue what they really are inspired to do, then we would advise them [to go for it].” Students can even try summer classes to catch up.

If you’ve waltzed across that stage and you cannot believe that you actually spent thousands of dollars on a degree in Russian language, you can still use the skills you learned to find a career you enjoy. Often, employers are more interested in the experience and skills you possess as opposed to the actual major. So no, you don’t have to teach high school Russian or move to St. Petersburg to put your degree to use. Instead, try to get some experience in a field you might be interested in (even if it means a summer internship after college) to try to figure out what it is that you want to do. With that experience, your skills from your major could just be an added bonus to what you’ve learned in the field.

Talk with career counselors or academic advisors to explore your options. They are trained to steer you through the confusion and stress that oozes at this point in your life. Consider your interests and priorities, and if you are truly unhappy, don’t be afraid to divorce your major.

*Updated January 5, 2017 by Rima Kikani to include “So You Want a Divorce…From Your Major.” 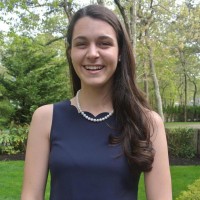 Sydney is a Junior at Gettysburg College studying English and Writing. She enjoys traveling, music, and a good outfit.

Travel With Interesting People Journalism Internship
Next Post: Learning to Stand up Against the Sophomore Slump