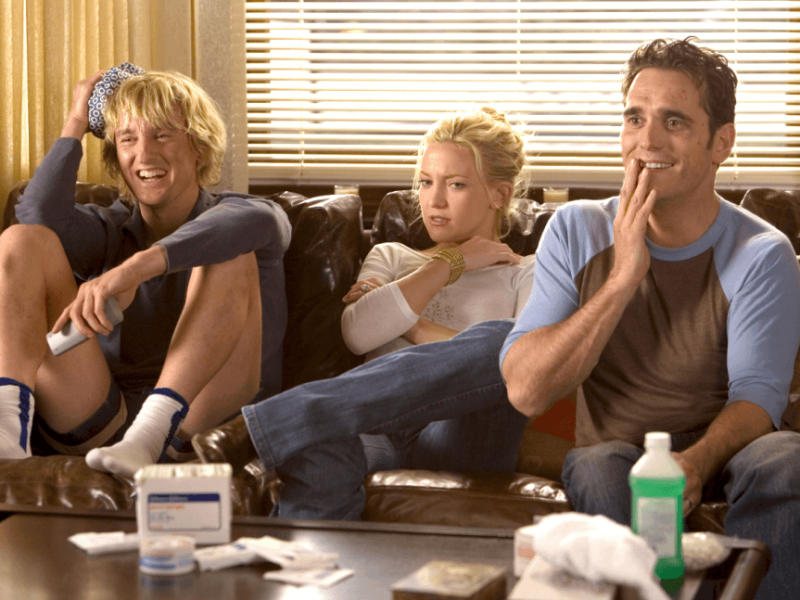 Three’s a Crowd: Breaking Up With My Roommates

With freshman year quickly approaching, it seemed as if everyone on my college’s Class of 2018 Facebook page was in a panic to find a roommate. Posts reading “Looking for a roommate! Go Eagz!” filled my newsfeed. I got messages from a few girls asking if I wanted to room with them, but thought nothing of it at first. I was convinced a random roommate was the way to go.

But with time winding down, I panicked. What if I got stuck with a real weirdo or with someone who holed up in our room like a House Elf? I decided to put out some feelers.

A few weeks and awkward Facebook convos later, I decided to room with a girl from New York. Judging by her profile, she was fun, had a lot of friends and was gorgeous. She wanted to go for a double, but I was unsure. Solely because I wanted a bigger room, we applied for a triple.

When the dreaded housing assignment email arrived in early August, I was pleasantly surprised to see that we had been assigned a triple, just me, my new Facebook bestie and another random girl from New York. After cyber-stalking the rando, we all began a group chat and hit it off immediately.

Move-in day finally came, and as my sweaty hands struggled to punch in my room code, I told myself that no matter what, I was going to be positive about my new home. The door to the next nine months of my life slowly squeaked open, and I took in the details of my blessed triple—three beds, three desks, three dressers, white cinder block walls and a carpet full of mysterious stains. My enthusiasm and positive mantra disappeared as quickly as it had arrived, as I began to question how I was going to survive living in this jail cell with two strangers.

Maybe it was the stained carpet or maybe it was the lack of air conditioning, but while living virtually on top of these girls we all quickly began to feel at home with one another. We all shared the same sense of humor, similar styles, and similar taste in guys. My happiness was at an all-time high, and I felt so lucky that the housing lottery had thrown us together in that crowded little room. As first semester continued, we plowed our way through weekend brunches, tailgates, homecoming and hockey games together. We were known as The Trio—you’d never see one of us without the others. Whether going to the gym or going out on a Friday night, the three of us were inseparable.

One particular Saturday night towards the end of my almost-perfect first semester, the three of us were hanging out in one of our friend’s dorms. “So, do you think you three will room together next year?” he asked. “Oh, for sure,” I responded without hesitation. The three of us exchanged glances and all nodded our heads in unison. He laughed a little. “That’s what all girls say,” he said. “Friends change…you three just wait.”

The Trio not being friends next semester? The idea seemed crazy, but little did I know how right he would be.

When we came back from winter break, instantly everything was different between us. By the time winter break ended, our roommate group chat was long abandoned and Snapchats had become scarce. The constant contact with one another from first semester came to a screeching halt. Even the room itself felt different. The air of our triple was no longer simply its usual stale and stagnant state, but was now so full of tension it was nearly unbearable. By February, one of my roommates was going out on Thursdays alone posting endless photos showing how much fun she had the next morning. During our weekly roommate lunches, she would text the entire time, making plans for her night. Plans that didn’t include us.

My group of two rock-solid “built-in” friends had dropped to just one. The inseparable trio was now… a duo. I quickly realized I’d been so content with my two best friends first semester that I didn’t bother to make any others. Kicking myself for latching on to someone I barely knew so quickly, I felt lost. I started comparing myself to other girls, wondering what magical quality they possessed that made someone choose them over me. I had stopped going out on the weekends all together, and would spend my weekends slaving away on homework, wishing silently that everything would go back to how it used to be.

As if an identity crisis wasn’t enough, the dreading “housing season” was quickly approaching. First semester, all three of us had planned on living together sophomore year with a few other girls. But now, we learned from a mutual friend that our former bestie was planning on living with other girls from our hall—not us. We went from BFFs to not-even-future-roomies in three seconds flat.

While scrambling for last minute plans, I met several girls who were in the same semi-desperate situation as me. It took me a while to work up the courage to jump into a new friendship so quickly again, but after a lot of tears and phone calls home I decided to put myself out there again and make new friendships.

The more I got to know my future-roomies, I slowly began to feel like my old self. But this new group couldn’t have been more different than the original trio. I didn’t feel as dependent on these new girls—after all I had made it almost completely though freshman year without even knowing them. And we all were in different activities and had completely different interests, but for some reason we just clicked.

Finalizing our separate housing plans for sophomore year made me realize that the inseparable trio from first semester was long gone. It wasn’t until April that I finally replaced the confidence that had been shattered by losing a friendship. The Trio grew apart in that short year, and once I embraced it and stopped wishing for the “good ol’ days”, everything became a lot easier. Even though I lost touch with someone I thought was my best friend, I finally gained the initiative to put myself out there and meet people on my own. And this time, I didn’t even need to Facebook stalk them first.

Previous Post:10 Ways to Make Movies Without Having a Famous Dad
Next Post:Fear the (Former) Turtle: How to Spot UMD Alumni