F-L-O-R-I-D-A, S-T-A-T-E, FLORIDA STATE, FLORIDA STATE, FLORIDA STATE, WOO! Garnet and gold blanket FSU’s campus day in and day out, whether you’re getting doused with vodka waters at Standard, enjoying a warm, cheesy BLT dip at Madison Social or waiting for a test to be administered that you know will inevitably cause your GPA to plummet. What can we say? FSU loves school spirit. Despite being dubbed a top party school and having fine athletics to drown our academic sorrows in, the students have spoken.

Consider this a warning as you brush up on the 10 hardest courses at Florida State University.

Don’t be fooled by the word “intro,” people. Just because the title suggests a mere introduction into a subject, doesn’t necessarily mean the class will be cake. We’re all human. How hard could it be to study ourselves? Florida State makes this course harder than most. According to FSU’s Department of Anthropology website, “[it] offers a holistic approach to understanding what it means to be human…” People take forever to find themselves, how the hell can that be done in an entire semester?

What does that even mean? Does this include dinosaurs and the disasters made by these extinct creatures? Or does the class discuss dinosaurs, but then move onto other disastrous animals? Imagine the angry parents when their students informed them that their college tuition will go towards this course. “The first half of the semester you kind of learn about geology and rocks and the first fossils and animal and plant life we had on earth,” said FSU senior Brittany Anderson. “The second half goes into dinosaurs…it ended up being all about their anatomy…you had to know like each sub species, class, etc.…it certainly was A LOT to try to learn and remember all of that information for all the species.”

Abort mission. Jump out of the damn space ship. If you enjoy solving equations regarding the eccentricity of an orbit or calculating force of gravity felt by a satellite launched into Earth’s orbit, then by all means place this course in your shopping cart. “[Astronomy] was just too complex to be learned by reading, as a freshman. It also didn’t help that the class was over one hundred people so it was hard to get questions across,” said FSU senior Emma Wangelin. “It was the lowest grade I’ve gotten in college.” Same, girl. Same.

4. Nationality, Race and Ethnicity in the U.S.

This course winds up in a lot of freshmen’s shopping carts because it satisfies all of the yucky requirements needed prior to graduation. But maybe learning about different nationalities and ethnic cultures requires more of you than an “X” or a “Y.” “I think what made it so hard was the fact that history isn’t really emphasized throughout the education timeline…I think that kids nowadays coming out of high school don’t have a very broad knowledge on history. Now add writing five papers to the mix and it doesn’t really make anything easier,” said FSU senior Will Spier.

No more introductory classes. Don’t be fooled, people. When asked what you learn from this course, FSU junior Courtney Atwater said, “[You learn] excavation strategies as a result of environment, what archaeological discoveries reveal about the area and the people that lived there, archaebotany, and the study of plant remains.” Wait…archaebotany? “As a 2000 level class the tests are just as, if not more, difficult as a 4000 level class…it’s a sad day when you have to worry about passing an intro level class of any sort, especially archaeology,” continued Atwater. Heigh ho, heigh ho.

Despite the multiple math classes you take in high school, Florida State still likes to ensure you stay brushed up on your math skills. Even if you excelled in calculus and trigonometry in high school, throw the word “college” into the mix and you’ve joined a whole new ball game. “The most challenging thing, apart from the adjustment from high school levels of learning to university levels of learning, was having to deal with eGrade,” said junior Peter Grootens. “eGrade alone was a big part of the class you had to teach yourself how to manage. A subject like mathematics should not be graded through a computer system.”

You’d think a class whose lectures describe our own brain would be a breeze. FSU junior Carlos Crespo offered some insight into the difficulty behind this course. “I would have to say intro to psych has to be one of unexpected hard classes,” said Crespo. “The material itself seemed fine, but the concepts and questions asked were insanely hard. Questions were asked that needed to be thought of in crazy scenarios that made you overthink as to what the answer might be.” Sounds like a nightmare, tbh.

So, this class basically discusses the hot gossip that traveled through different cultures. Who doesn’t love a class about storytelling? “The tests were extremely detail based and on large amounts of myths all at once. The lecture was just a story so you never knew what needed to be written down or what notes to take,” said FSU junior Daniella Smith. Imagine getting tested on the stories your friends tell you. Would you pass or fail?

Substances, matter and properties, oh my! Whether you’re calculating the atomic mass unit or identifying electrons, protons and neutrons, chemistry seems to be straight forward…right? FSU senior Henry Fallar said General Chemistry was one of his first college classes. “Not only are you acclimating yourself to being in college and how much studying you need to do for classes, but having a difficult class to begin is like when your parents throw you in the pool to teach you how to swim,” said Fallar. So, basically bring your floaties to class.

A course dedicated to politics…what could go wrong? “In ballpark terms it was one of those classes where you either know it or don’t know it. There’s no partial credit given and everything was based off of formulas,” said FSU senior Joe Simpson. Formulas? In a politics class? “One example was…was it worth it for a politician to go on the Colbert Report (the TV news host) pretty much looking at past data to compare politicians and their increase or decrease in votes after going on the show,” Simpson continued. What a time, folks. 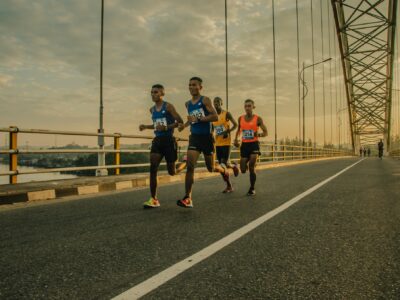 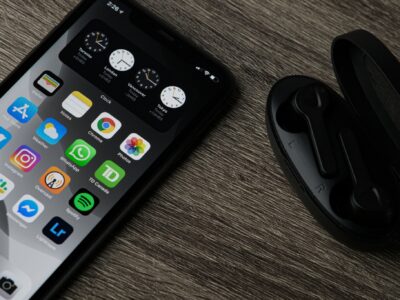 Previous Post:10 Most Innovative Grad Programs at The New School
Next Post:PSA: A UMD Sweater isn’t a Substitute for a Raincoat