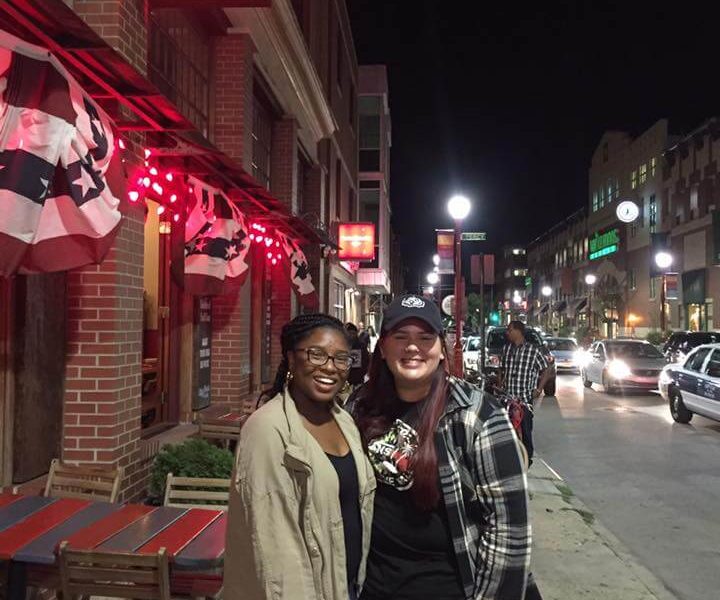 I Met My BFF Thanks to French Onion Soup

While stirring the broth of a soup, I noticed stains on the stovetop. I remember thinking I should clean it, but a comforting smell swirled around my nose and I found myself pulled back to the beginnings of my French onion soup. I chopped the onion I bought that day as if I were Monica from Friends, although my skill was intermediate at best.

After moving the onion from the cutting board to the broth, I looked around my dorm room. My suitemates’ door remained closed, no light seeping out from the space above the floor. They were both at a friend’s place getting ready for a party. In my room, I could see my roommate watch a movie she barely paid attention to.

Waiting for the broth to boil and the onions to become translucent, I took the bread I cut and placed it in the oven. No French onion soup is complete without a soggy sourdough that melts in your mouth. As the oven broiled the bread, I noticed that it was beginning to get very toasty (no pun intended).

I opened my dorm’s door and propped it open with the lousy doorstop everyone got when they moved in. I had to kick it in four times before it stayed still. As the hot air seeped from the common area into the hallway, so did the aromatic smell of my soup. Occasionally stirring so the soup didn’t burn, I flipped through a couple of updates on my Snapchat. Most people were out with their friends: having dinner, getting ready or just hanging out. I felt content with my soup, but I wanted something more.

What is that something? Someone whose door I could knock on at any time and know they would go to dinner with me. A friend who would go to the city with me, shop at thrift stores and check out all of the eclectic restaurants it offered. Someone who would laugh at all of my jokes and understand me. I wanted a friend to rely on, and someone who would in turn rely on me.

I wanted the college friend. The one everyone hears about, wishes for and eventually finds.

I tore the sourdough bread, which had reached the point of soggy perfection, and looked into the hallway. I decided to sit in the seat facing the door. Some people walked by, some peered into my room and smiled at me. Others gave quick hellos with the occasional “smells great!” or “I can smell it from down the hall!”

When I ladled another portion into my favorite decorated bowl, I heard someone trying to unzip their wallet. I peeked out into the hallway to see across the hallway swiping into her room. I’d never seen her before.

While she opened her door, she glanced over her shoulder and we made eye contact. I thought it would end up awkward AF, but the opposite happened. Even more surprisingly, she placed her bag in her room and made her way over to mine. Her first words? “I guess you’re the one that’s always making me jealous. While we go to the dining hall you are cooking a first-class meal!”

Tjjani and I have been best friends ever since that day, about a year ago. We started to hang out occasionally, which gradually to turned into weekly lunches and then nightly dinners. I quickly became friends with her roommates, and we took trips to eccentric restaurants and midnight rides to get snacks.

On Mondays, Tuesdays and Thursdays—our official designated dinner days—we walked to the dining hall. We always got two burritos, one for dinner and one for later. It was our secret and we thought we were rebels. Sometimes when I ran late, she would order for me. We even had each other’s orders memorized. She knew of my obsession with Diners, Drive-Ins and Dives and would let me carry her along to every place I could find that was featured on the show. Yes, even if she didn’t like the food.

When I made my favorite soup that night, I never thought it would lead me to meeting my college best friend. Now, whenever she comes over my place for dinner, I make sure to prop the door open.

Francesca is a junior at Temple University studying journalism and history. When she isn’t on the hunt for new adventures, you can find her jamming out to alternative music and quoting Lord of the Rings way too much.

Previous Post:How to Pull an All Nighter for Finals Week
Next Post:10 Grey’s Anatomy Quotes To Get You Through College