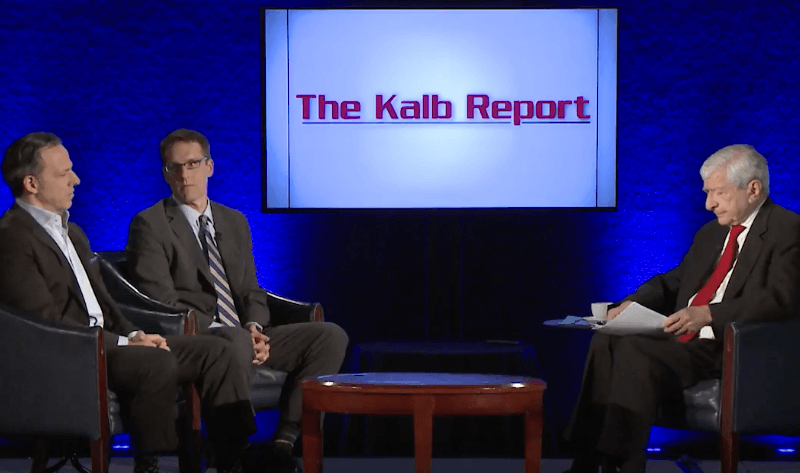 How to Survive as a Journalist in the Trump Era

Mariya KhanApr 21, 2017
Home » Latest Posts » How to Survive as a Journalist in the Trump Era
FacebookTweet

Scared about entering the journalism world? Me too. On April 8, I attended a talk with two famous professional reporters, CNN reporter Jake Tapper and Washington Post reporter David Fahrenthold. They talked about living in the Trump age of journalism. And during this scary time we live in, hearing journalists hopefully talk about freedom of the press comforted me.

This talk, the Kalb Report, gathered important writers and journalists for a conversation with legendary reporter Marvin Kalb. At the brunch beforehand, I got to meet CNN anchor Jake Tapper and Pulitzer Prize winning Washington Post reporter David Fahrenthold. Meeting people that you admire in the field that you aspire to join becomes one of those once-in-a-lifetime moments. As a student journalist, it invigorates you to keep on doing what you’re doing.

The conversation immediately addressed this strange world of journalism that we now live in. Even though the press and the president haven’t always gotten along, a measure of respect still existed between the two. Now, we constantly hear President Trump calling credible publications like The New York Times, The Washington Post and CNN “fake news” in an effort to delegitimize it.

Political journalists need to now adjust their reporting to Trump’s unconventional methods. “We cover that stuff because normally when a president speaks, the president is speaking on something that he intends to take action on,” said Fahrenthold. However, most of what Trump tweets is just a response and something that he won’t follow up on. That creates a problem for journalists. A budding journalist would definitely struggle with this. What do you exactly report when someone doesn’t tell the truth?

Fear not. If famous reporters like Tapper and Fahrenthold can manage this new world of reporting, then you can, too.

For a college student thinking about entering the already testy journalism world, it sounds scary that the president condemns your career choice. But Tapper was ready to offer some comforting words to the public and his colleagues. “I think it’s problematic, but by the same token, our Founding Fathers were brilliant and we still have this land where David can write what he writes and I can broadcast what I broadcast,” said Tapper. “And if it weren’t for those pesky Founding Fathers, then maybe he would have gotten away with it.”

Fahrenthold also held an optimistic and positive view of journalism today. “I have to say, although there have been all these attacks on us as fake news and enemies of the people, in other ways I feel like we’re in a moment of unusual power of the news media in Washington,” he said. “Because of the way President Trump relies on us to make decisions, but also because of the disorganization and sort of lack of control in his White House…I think our influence is greater than it has been.” If that’s not a pick-me-up that’ll make you prouder to be a journalist, then I don’t know what is.

They also talked about the importance of local journalism outside Washington and NYC. Young journalists need to get more involved in politics than ever. Start small to build yourself up, as a journalist and a responsible politically active citizen. “If you’re going to have a golden age of journalism you’re going to need people holding state houses accountable and mayors accountable. Even if you’re just trying to understand what’s happening in Washington, you need people back in home states watching their Congressmen,” said Fahrenthold.

Hearing famous journalists hopefully talk about the future of journalism hope made me feel better about going into that field. As long as the mainstream journalism community tells the truth by reporting the facts and supports one another, then journalism will be just fine. I left that meeting feeling more proud of the field I decided to join.