When Pride in my city was canceled, I broke down in tears. It’s not like I didn’t see it coming. At this point, it was mid-April, I had been quarantined at home for a month, and my university had officially called off in-person classes for the rest of the semester. I knew, logically, that a big gathering of people wouldn’t work.

Before I came out, I loved it from a distance via my Instagram feed, admiring how all these people were able to express their authentic selves. I finally got in on the action in 2017, wearing a baseball cap and a t-shirt, looking decidedly (tragically) straight.

By 2019, I was showing up in homemade, tie-dyed ensembles.

While my fashion evolution is, dare I say, remarkable, that’s always been a small part of what Pride is to me. What really matters to me about Pride is the sense of community I feel when I’m surrounded by people who are just like me. I love the feeling of joy and love I feel at every Pride event. I love celebrating with my friends and delighting in our queerness. Just the thought of it brings a smile to my face.

Of course, a lot of people within the LGBTQ+ community aren’t a fan of Pride celebrations. To them, Pride has become too commercialized and lost all its meaning. Brands switch their logos to incorporate the classic rainbow for the month, only to ditch it at the end of June when it’s no longer a good marketing strategy. This phenomenon, known to some as “rainbow capitalism,” effectively ignores the true meaning of Pride and instead turns it into a trend for mass consumption.

While undeniably true, a small part of me once worried that without a tangible Pride celebration, my sense of community would be lost, especially as we continued social distancing. And yet, even beyond the pandemic, this Pride month has been unlike any other. After the violent and senseless murders of George Floyd, Ahmaud Arbery, Breonna Taylor and so many others before them, people have been taking to the streets to show up for Black lives. Among them are members of the queer community—people in search of justice.

We often forget that the original Pride wasn’t a party, it was a riot. The Stonewall Riots ignited the gay liberation movement and are often credited as the start of Pride. The people leading the riot were none other than Marsha P. Johnson, a Black trans woman, and Storme DeLarverie, a Black butch lesbian. These monumental figures were considered to be the “least of us,” people pushed out by society as a result of their identities.

Black queer people like Marsha and Storme are the ones who made it so I can celebrate Pride today. In remembering Stonewall, I recognize that queer liberation and Black liberation are inextricably linked. The riots breaking out across the country are necessary reactions to systematic oppression by institutions meant to protect and serve. The gay rights movement owes its momentum to riots; to oppose them now is to laugh in the face of our history.

Stonewall is just one reminder that queer liberation and Black liberation are inextricably linked. Today, that link remains painstakingly clear when we look at the data surrounding Black trans women. The average life expectancy for Black trans women is 35 years old. They are disproportionately targeted by violence, hatred and bigotry. As recently as earlier this month, two Black trans women, Riah Milton in Ohio and Dominique “Rem’Mie” Fells in Pennsylvania were murdered.

This is not just our history, this is our reality.

For white gays to ignore how the intersections of race, sexuality and gender play a role in systematic oppression is an act of violence. Standing with the Black Lives Matter movement is not just a matter of it being the right thing to do. Pride has always been about fighting against injustice. The abolition of prisons and the police are inherently queer issues.

Instead of dressing up in rainbow and hitting the town, I spent my Pride Month navigating these intersections, listening to Black voices, and always continuing to learn. I donated to organizations supporting Black trans women. Also, I talked to my queer friends about our role in the movement and how we could best uplift others who needed to be heard. I made the conscious effort to read and watch media that spotlighted Black queer stories (and in doing so, finally got around to watching the spectacular film that is Moonlight.)

In fighting for justice, in recognizing my own privilege and in remembering those we’ve lost, I’ve never felt more connected to my queer roots. Pride has never been about the rainbow merch, the makeup looks or the parades. It’s about resistance. It’s about holding space for yourself and for others whose voices haven’t been heard. It’s about having the courage and the freedom to exist. When these fundamental ideas have been continuously denied to our Black friends, family and neighbors for centuries, we as queer people cannot sit back and watch it happen.

We have always been, and continue to be, stronger together.

Pride Month may be ending, but real pride never ends. We can’t let this movement slip away. Continue donating, protesting and uplifting Black voices. I know I personally am taking the time to reflect, learn and continue fighting. This Pride may have been different, but I’d argue it’s my favorite one yet.

Emma is a junior at Drake University studying News and Politics with a minor in Sociology. She is a big fan of cats, coffee, queer media, and pretending she’s funny on Twitter. 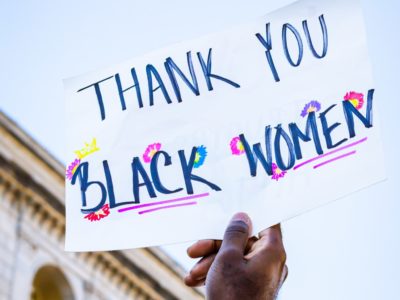 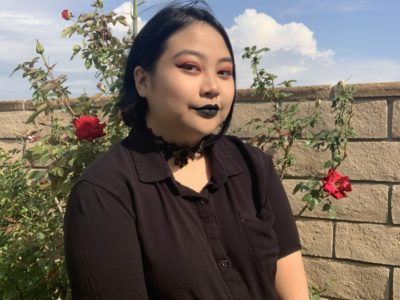