By the time I found my way to Critical Writing on the first day of sophomore classes, I was convinced that the course would be even more tedious than I had expected. It was the main requirement of my degree in English, heralded by the department as the “foundation” of the major. In the eyes of a rising sophomore, it foreshadowed a semester of bleary-eyed note-taking, monotonous lectures, grueling essay writing and crusty classics. But the worst of all was one little line discreetly tucked into the required book list on the syllabus:

We would be reading ​Hamlet.

I first read ​Hamlet ​when I was in sixth grade. While the other kids in my class moaned and griped about how they couldn’t understand a word, I had no such trouble. I was an avid reader, gobbling up books faster than my favorite Cocoa Crisps cereal, and Shakespeare struck me as a way to dip my toes into a fathomless world of adult emotion. Besides, I already knew I liked books, and this was supposed to be ​the ​book—the one smart people read.

In fact, I enjoyed it enough that when I transferred schools the next year and the reading list coincidentally included ​Hamlet ​again, I wasn’t bothered. And when I started high school and the introductory writing course assigned—you guessed it—Hamlet, ​I reassured myself not to worry; being so familiar with the text would just be an advantage. But by my fourth reread of ​Hamlet​ I was beginning to roll my eyes at every soliloquy. On the next few, I was on the verge of taking a page from Ophelia’s book and ditching English class to go pick flowers.

So here I was, eight years after my first ​Hamlet ​reading, dreading the moment that I would have to retrieve the tattered old ​Folger’s Library​ edition and soliloquizing whether to read or not to read.

On the day of class that the first Hamlet discussion was scheduled, I didn’t look once at the book (or even the Sparknotes) in preparation for class. ‘There’s no way something about this play exists that I haven’t heard already,’ I thought as I stuffed my notebook in my backpack and rushed out of my dorm room two minutes late. Once in class, the professor began the standard Hamlet overview, the importance of the historical context and blah blah blah.

But halfway through the class, something changed. Instead of studying what Hamlet was saying, we looked at what he ​didn’t say, the underlying intentions and desires omitted from the speeches. When the class ended, my head was tied in knots.

What if the play had an entire level of depth beyond the old story of a confused teenager with a bad poltergeist situation?

Five weeks passed, one for every act of the play. Although I usually left my Hamlet readings for the end of the night before class, I always ended up reading it easily, sometimes even without the encouragement of an after dinner coffee. By the last week, we were assigned analytical essays on the play. I surprised myself by formulating a crazy plan to include contemporary sources—the works I had really wanted to read before ​Hamlet had sabotaged my syllabus—alongside my analysis of the play. I attended my professor’s office hours and argued my case. To my surprise, she seemed allowing, even excited about my thesis. I left the office with a new spring in my step.

Could it be that I was about to actually have ​fun writing a ​Hamlet​ essay?

I would be lying if I said the week I spent writing the paper was easy. I probably still haven’t recovered from the caffeine tolerance I built up. The combination of loose books and granola bar wrappers scattered around my room started to look like the aftermath of Hamlet and Laertes’ duel. But there were moments of light throughout the drama. In the spirit of new interpretations, I took a night off from writing, grabbed some microwaveable popcorn, and watched the Mel Gibson adaptation on my laptop.

The essay came back with a B+, which I was well pleased with, considering that I had risked some edgy maneuvers in my reasoning. My professor wrote that I had left a few gaps in my logic but presented unique ideas.

After I finished the essay, my paperback Hamlet returned back to its usual place on my shelf, just this time with a lot more pen marks in the margins and dog-eared pages. Now, two years later, I was recently assigned a paper for an English seminar. As I sat in my room and pondered my subject, my eyes wandered down to the familiar place on my shelf, and I found myself thinking “Maybe I should write about Hamlet.” Now that’s some madness worthy of the prince himself. 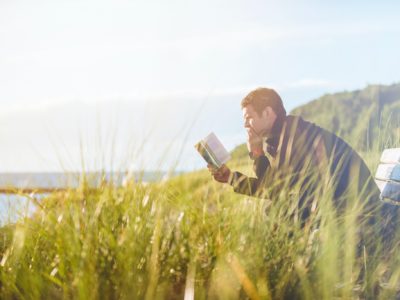 Every Class I Took for My English Major 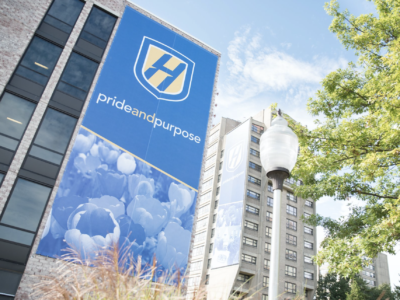