Home » Latest Posts » Do You Really Want to Be an English Major? And Other Things Better Left Unsaid to a Smith College English Major

Do You Really Want to Be an English Major? And Other Things Better Left Unsaid to a Smith College English Major

“I want to be an English major,” I said to my now-advisor, then professor.

“Oh, really. Are you sure?” she replied.

“Yes! Of course. My mom says, ‘What are sort of jobs are out there for English majors.’ But I really like it.”

My professor laughed. “Your mom’s right.” A tornado of panic erupted in my soul. “That’s why it’s good to double major,” she finished.

I left my professor’s office feeling even more confused than I was before. In the Five College Consortium, Smith College has a reputation of being the serious, not fun, stressful school. Not to say that Mount Holyoke, Amherst, UMass Amherst and Hampshire don’t participate in their own Stress Olympics, but going to Smith sometimes feels like being in a pressure cooker. Ingredients: 5 cups of perfectionism, two tablespoons of anxiety and dash of “I need to out-do myself.”  Yeah… Need I say more? It’s bad enough to deal with the stress culture Smith has to offer, but to constantly hear that regardless of how hard you work your destined to be a barista at Starbucks? Not so encouraging.

Here’s a list of 10 things never to say to an English major at Smith College.

1. Do you really want to be an English major?

Perhaps econ or data science would be a better choice? If you’re like me, taking a STEM class can be a terrifying, hide-underneath-the table-experience. I tried econ and data science in my first year, and let’s just say there’s a reason I’m an English major. Being asked, “Do you really want to be an English major?” can trigger the tremendous fear that you’re making a mistake. Not to mention, it also brings up self-doubt: Am I good enough to major in English?

2. What are you going to do with that?

Everything. Studying English can provide a good stepping stone for any career later on down the road. “Smith English majors have gone on to all manner of careers. Quite a few go into journalism or publishing or other careers that people often associate with English. But we’ve also had plenty of English majors become lawyers or financial analysts,” said Smith’s English Department Head Professor Michael Thurston. An English degree can also give you a variety of transferable skills that tons of employers look for when hiring their next big thing. English majors learn how to communicate—an increasingly important skill in the workplace.

In my first year, someone said to me, “No offense. I haven’t ever met an international student who is an English major.” I didn’t bother to tell them that I was a domestic student. I just smiled and walked away. Inside, I thought, what do you mean by that? It’s true that English majors might have a certain look. If you search for “English major stereotypes,” you will find many photos of people, mostly white, with glasses, surrounded by books and wearing a scarf. Yet, the reality is that all English majors at Smith are different, just like other majors or courses of study people might choose.

Before I went off for my first year, some people shared this joke with me. Upon hearing this, I scoured Smith’s majors and minors web page for something different. I danced with the notion of being a Comparative Literature major. Again, I made the mistake of informing the adults around me of my new plan. It turns out that Comp Lit can also be inspiration for this “joke.” Sorry, didn’t know that these jokesters were majoring in comedic performance.

Just because English majors don’t spend hours in a lab, writing code or completing problem sets and analyzing statistics doesn’t make the major any less difficult. Like at any college, the English classes at Smith require a heavy reading and writing load, which is harder than you might think. Words can also be a challenge to understand and write about, meaning your discussion post takes more effort than you might think. Not only that, writing a paper can take days or weeks to complete. I’ve even spent three hours working on one paragraph, so don’t spend my precious time telling me how easy my major is.

Sometimes hearing an upwardly inflected, “Okay…” after you’ve introduced yourself as an English major can make you wonder if you’ve said the wrong thing. Other people’s opinions should not matter when it comes to shaping your academic endeavors. Staying optimistic about your future can challenge you when everyone constantly reminds you of how you’re on a path to a so-called low-paying occupation, especially when that is so far from the truth.

At Smith, the open liberal arts curriculum makes it easy to take classes in different disciplines. In fact, the school encourages new students to explore the curriculum. While I haven’t received a lot of pressure to tack on a minor or a second major, sometimes it feels like an English major isn’t enough. If you wouldn’t ask it to a Chemistry major, English majors probably don’t want to hear it, either.

8. I sent out my resume to at least 30 different companies and I haven’t heard anything

When I worked on figuring out my major, a lot of the senior English majors I spoke to said something along these lines. Of course, as a new first-year this made me want to run for the hills. I’m wasting time. It will be hard to get job. Why can’t I do math? These thoughts ran through my head. Finding an internship or job related to an English major (i.e. communications, publishing, journalism, marketing) feels like playing games with the real-world versions of kids who took gym class too seriously. But isn’t that the case for any field? Competition will always be there, so why not embrace it? If something was easy, it wouldn’t be worth it.

9. Why not American studies?

At Smith many of the courses in American Studies and English overlap for credit. The two majors are sort of like cousins, with AMS being the cool, modern world-traveling one and English being the “I just want to stay inside to read books” one. A couple of my upperclassmen friends endorsed this major when I couldn’t decide. “American Studies is kind of a sexy [major],” one friend said. “So many people are majoring in it now.” Alas. Why look “sexy” on paper when you can fight dragons with Beowulf, wend in Canterbury, promenade with Jane Austen and hang out with Chinua Achebe and Zadie Smith? Don’t get me wrong, American Studies draws upon many fields and can be a great stepping-stone major. For me though, my interests lie in the literary world. How can that bore you? 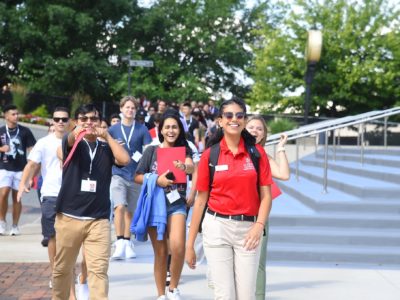 10 Classes That Make Your St. John’s University Experience Even Better 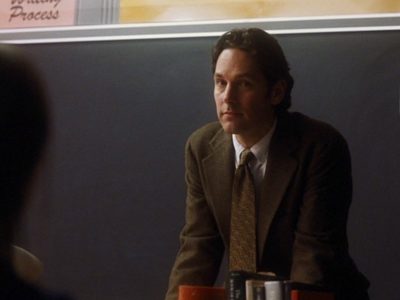 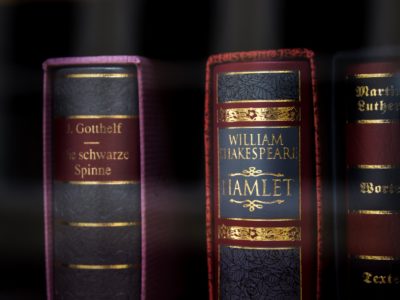 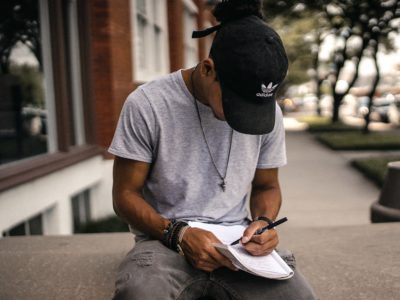 10 Ways Journaling Can Help You Keep Your Sanity this Fall 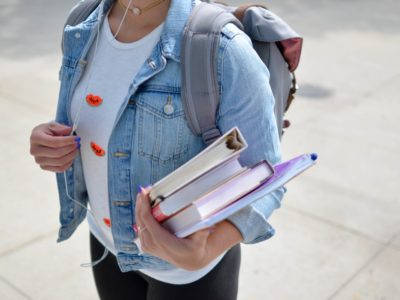 College: The Good, the Bad and the Ugly 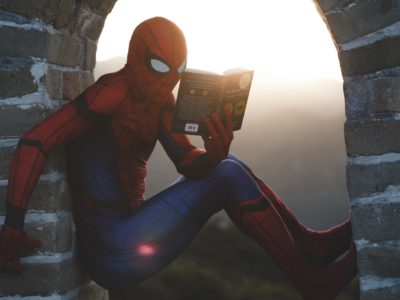 No English Major Is Alike 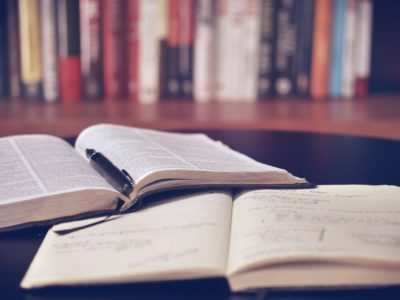 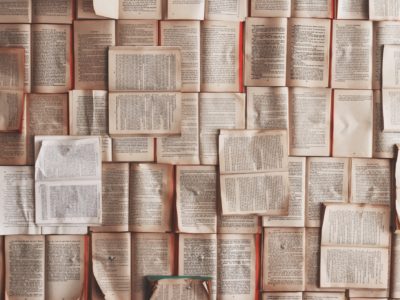 10 Skills You Master as an English Major 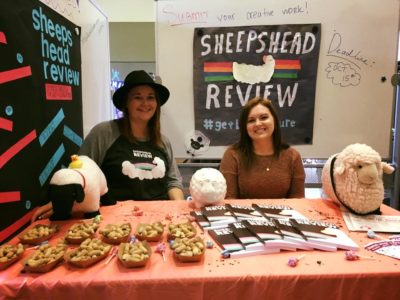 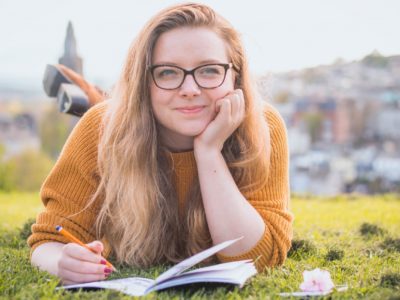 So You Don’t Care About Your Major? Get a Minor 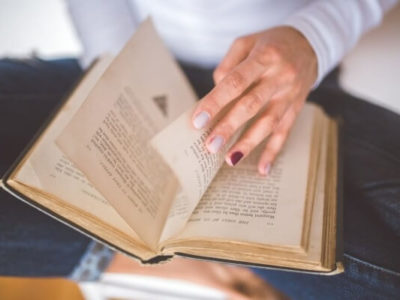 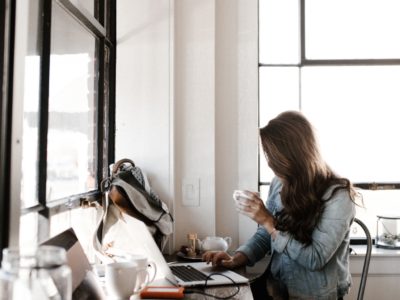 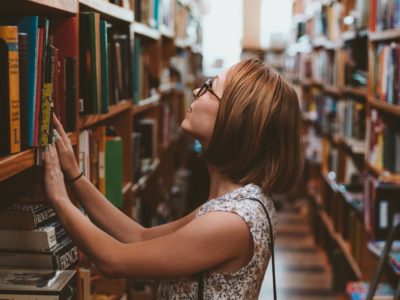 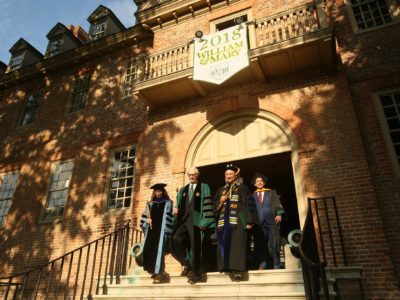 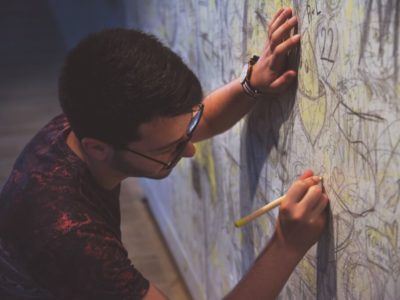 We Need the Fine Arts 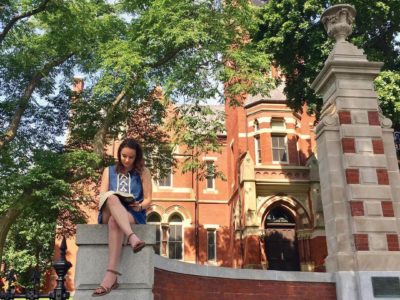 8 Things Never to Say to a Seven Sisters Students 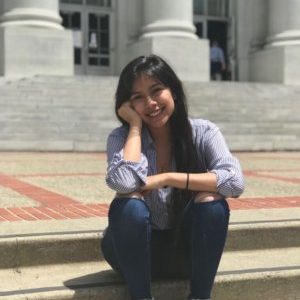 Trading Out Puppies for Words: Do I Really Want to Be an English Major?

When Your Roommate Blocks You On All Social Media Accounts
Next Post: There’s More to Fun Than Frat Parties